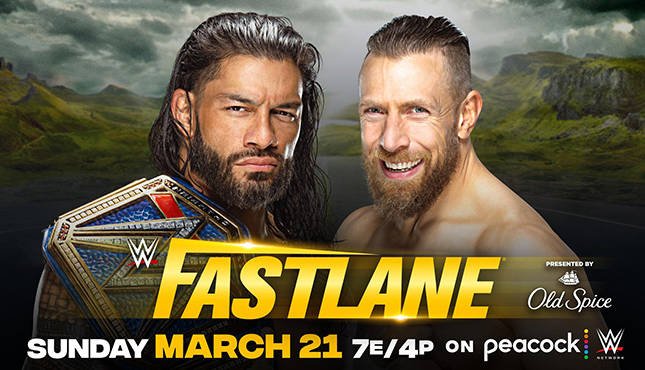 WWE Fastlane 2021 is the last stop before WrestleMania. The show usually features a lot of heavy favorites with the WrestleMania card being set in stone by this time, but that’s not really the case this year. There is still a lot in the air for WrestleMania despite it only being three weeks away and that makes for some interesting betting opportunities.

Of course, this card has the obvious stuff as well. Drew McIntyre and Sheamus might as well be a #1 vs. #16 in the NCAA tournament. Plus, Fastlane will also see WrestleMania opponents teaming up for the tag team titles. I wonder if they will be able to get along!

Outside of those two matches, there are some potential underdogs here that are well worth betting on including a big one in the WWE Universal title match.

Roman Reigns was a -2000 favorite earlier in the week so it seems like there is definitely some bettors getting behind the idea of Bryan getting a win here and setting up a three-way at WrestleMania with Christian Cage’s former tag team partner. If you believe that is a possibility then that is the only way you should bet this match. A bet at -1000 on Roman would simply not be profitable.

A small bet on Bryan might be worth it here because I could see him getting a disqualification or count-out win to set something up. Jey Uso and/or Edge will be involved in this in some way so there are a lot of easy outs to push them that way.

I can’t see Roman losing the title at this point, but a bet on Bryan is a bet on Edge not being a draw. Go with your heart, you know it’s true.

I’m surprised to see betting odds on this one because there is no way this is going to be a real match. The Fiend’s involvement is guaranteed to set up something horrible at WrestleMania so I’m not sure why the sportsbooks are bothering with this one.

That said, I’ll bet Randy Orton at these odds. I just can’t imagine the guy who got extremely bent about Soulja Boy calling his fake sport fake to be okay with taking a pin from a one-hundred-pound woman. If that happened, Soulja Boy would immediately quote tweet the gif and write “this u?” and Randy Orton can simply not allow that.

Plus, The Fiend can Fiend all over this in a win or a loss. Bet on Randy.

Drew has to be considered a lock here. Sheamus is in that Dolph Ziggler/Kevin Owens zone of people who fight the top guys on pay-per-view, but aren’t top guys and will never win. Drew has feasted on that type of guy for the past year and there is no reason to think that will change here.

What WWE trope are we going to get here, the wacky tag team that hates each other as champions or the obvious turn before WrestleMania? I am betting on the latter.

The Sasha Banks and Bianca Belair WrestleMania match has been more about Reginald than anything else thus far and it really needs a course correction. One of these two should turn on each other during or after this one to get this thing back on track. While Shayna and Nia can keep the titles long enough to defend them in a four-way on the pre-show of night one of WrestleMania.

When I looked at these odds earlier this week, Big E was a -200 favorite. Now, he’s up to -300 which only increases how much I like Apollo here.

I know this is WWE and they can make you look foolish for having thoughts like this, but when it comes to Apollo we have to ask that age-old question: if not now, when? The iron is hot for him right now as he’s making the Nigerian deal work for him. The Intercontinental title is made for wrestlers and characters like him, and he should absolutely take it here. Big E loses nothing losing, but Apollo could gain a lot.

Is this match happening? It was and then it disappeared from WWE’s website listing of the official card so who knows. It makes sense because why wouldn’t you save this match to main event night two of WrestleMania.

If it does end up happening, bet on Shane-O-Mac. He’s young, he’s hip, he wears sneakers, and he’s going to WrestleMania. 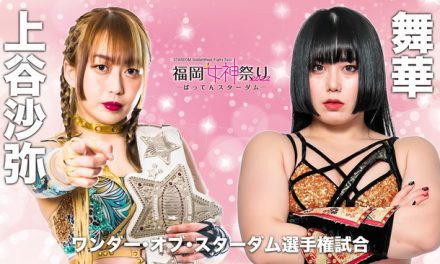