This week on Wrestling Omakase we talk a trio of shows from New Japan, All Japan and DDT!

The Wrestling Omakase Patreon is your best source for coverage of Japanese wrestling, from yesterday and today. Going on right now is our exclusive daily coverage of the New Japan Cup, as John is up on the Patreon each and every day breaking down all the tournament matches! Follow along with our in-depth match breakdowns and reviews, pick ’em updates on what people predicted beforehand versus what actually happened, plus notes from the undercards that you’re probably skipping! Plus, you always get instant access to all of our archived content, including our many 1 Match episodes covering everything from Omakase patron requests, Tokyo Dome main events and famous rivalries, our exclusive Retro Roulette & 5 Matches episodes, ANIME OMAKASE, and more! You can get all of this right now for only $5 at http://patreon.com/wrestlingomakase

John is joined by returning guest TJ (@aspir_) from the One Wrestling Podcast as they start off by discussing Night 9 of the New Japan Cup. They break down the Tanahashi vs. Jay White main event (and why White kind of feels stuck in neutral at the moment), YOSHI-HASHI vs. David Finlay in the other tournament match, give an update on the current Omakase NJC pick ’ems, and talk a little bit about everything going on in NJPW in general at the moment.

Then the two of them head over to All Japan to discuss an eventful time for the company, breaking down their March 14th Dream Power Series Korakuen with a lot of talk about the new heel unit Total Eclipse. John and TJ discuss whether or not the Jake Lee/Shotaro Ashino double turn is working so far and what they think of the big new unit. Plus, they review an awesome tag team title main event and talk about Yuma Aoyagi’s continued ascent.

Finally, they wrap things up with DDT’s Day Dream Believer Korakuen from the same day, March 14th. They offer effusive praise for Yuki Ueno vs. Yusuke Okada (and Ueno in general), discuss two title changes, and look ahead to DDT’s second Korakuen of the month in a few weeks.

(NOTE: We are aware of a slight audio sync issue that has happened on the last few episodes, including this one. I tried to make a slight adjustment before recording and it actually seemed to cost us a couple bits of TJ’s audio, which is why there’s a couple awkward transitions early on, but unfortunately it didn’t quite solve the problem. We’ll be moving to a new recording method next week that should hopefully solve it, and we apologize again for the recent issues. It’s definitely still listenable but it makes it sound like I’m talking over the end of everything my guest is saying, which isn’t ideal and why I hope to have it fixed next week!) 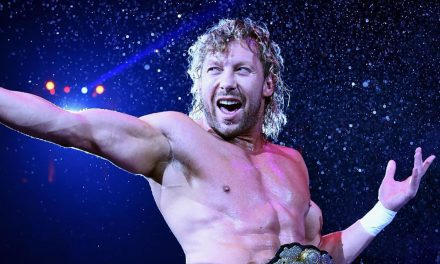 Lucha Of The Hidden Temple: Chris & Miles Chat About Great Balls Of Fire