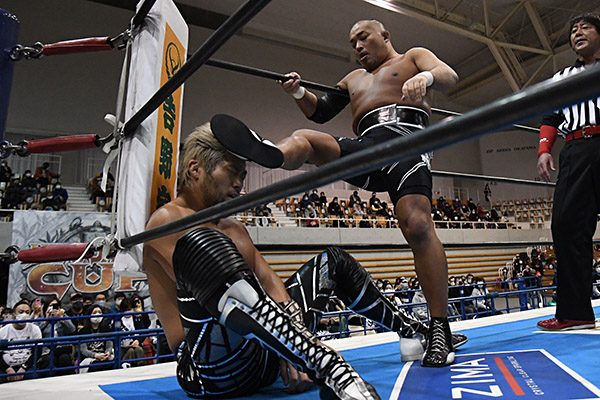 Before I go over the two matches from the New Japan Cup, here’s what we got on the undercard:

I didn’t watch any of the undercard matches this time around, so I can’t speak to how good or bad they were. I’m sure they were all your typical undercard multi-person tags, with the matches that featured BULLET CLUB likely being the weaker of the bunch.

Much like Night 3 of this year’s New Japan Cup, the first of the two tournament matches on the card featured a young lion, which meant the outcome was pretty much set in stone before the bell even rang. Even though Yuji Nagata was a lock to advance to the next round over Yota Tsuji, the two still put together a relatively solid singles bout. It wasn’t nearly on the same level as Zack Sabre Jr. vs. Gabriel Kidd, but it was still a good match in its own right. While Tsuji did show some fire early on, Nagata was firmly in control from that point forward. Tsuji would get in a few more spots here and there, including a spear on Nagata followed by the Boston Crab. Of course, Tsuji was only delaying the inevitable, as he ultimately got pinned by Nagata following a Backdrop Hold. Nowhere near the best match of the tournament, but this was good for what it was. ***1/4

Tomohiro Ishii always brings out the best in his opponents, and that was certainly the case here with SANADA. Now while SANADA has had many matches that were better than this, what Ishii did in this particular case was really bring out the type of aggression that we rarely see from SANADA. The bout started off with Ishii attempting to match SANADA on the technical front, but after that opening exchange, Ishii began toying from SANADA (of course, this is the same type of taunting we typically see from Ishii in his singles matches). SANADA started to show off some of that edge after that, but what really changed things was the Paradise Lock.

SANADA put Ishii in the Paradise Lock, and did the usual kick to get them out of it like he always does. However, that whole sequence just seemed to piss Ishii off, and he went to town on SANADA in the corner. This was the moment that finally set off that switch in SANADA’s head seemingly, as he started going off on Ishii! That moment led us right into the second half of the match, where we got some strong back and forth action. SANADA had a number of GREAT nearfalls in the closing stretch, including off a Tiger Suplex as well as with the bridging pin that has become such an awesome nearfall spot for him since last year’s G1. Ishii got in a couple of big moves as well, but SANADA managed to survive his hard-hitting offense, and eventually finished Ishii off with the Moonsault. You can never count Ishii out in the New Japan Cup (as he’s one of those guys who can always play spoiler and eliminate a big name early on), but I felt confident coming in that SANADA would win, and he did just that. This wasn’t going to top Okada vs. Shingo, but it was definitely one of the best bouts of the tournament thus far. ****1/4

Night 4 continued the trend of very solid shows on this year’s New Japan Cup 2021 tour. Of course, we’re only talking about two matches, but in the end, I thought both of them delivered. Yuji Nagata and Yota Tsuji had a perfectly solid bout, while Ishii and SANADA absolutely delivered in the main event. 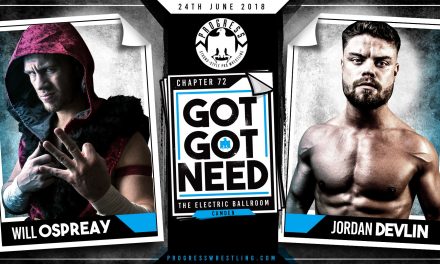