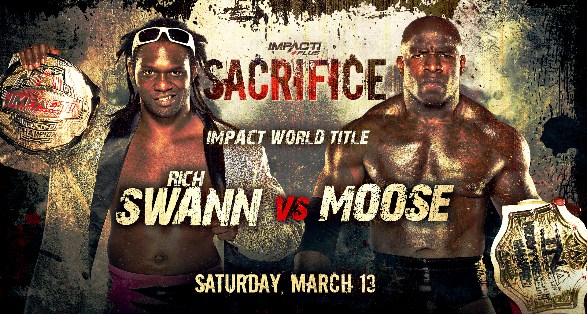 Sacrifice 2021, Impact Wrestling’s third monthly special of 2021, takes place Saturday, March 13. Rich Swann faces off with Moose in the main event with high stakes on the line – the unification of the TNA and Impact World belts and a spot in a World Title vs World Title match with AEW World Champion Kenny Omega in the main event of Impact’s April PPV: Rebellion.

Havok & Nevaeh vs Tenille Dashwood & Kaleb with a K

I’ve always been a fan of simple, well-built undercard matches. Havok and Nevaeh teased splitting after losing their second title match with Fire ‘N Flava at No Surrender. Both subsequently lost singles matches on Impact TV to Tenille but after Tenille and Kaleb tried to beat Havok down post-match, Nevaeh ran to her aid, setting up this intergender tag match.

I really don’t ‘get’ what the plan is for Tenille but ultimately she’s got all she needed to from this feud – singles wins – so Kaleb getting his comeuppance and eating the pin makes the most sense. Additionally, given the complete absence of depth in the Knockouts tag team division, it’d be reckless to split Havok and Nevaeh up. Prediction: Havok and Nevaeh

Decay had some momentum heading into No Surrender with the arrival of Black Taurus but a couple of factors, most notably Taurus replacing Sammy Guevara in the X-Division title picture, have led to that stalling. I quite like Reno SCUM but they’re firmly at the bottom of the pile at the moment and I imagine they’ll be a stepping stone for Decay when all is said and done. Prediction: Decay

I really dig the team of Chris Sabin and James Storm. They attempted to give Deaner some advice after Doering and Young beat him down a couple of weeks ago but he didn’t take it well, leading an attack on Beer Guns after their match with Rohit Raju & Mahabali Shera which leads us to this match.

Booking-wise, I’m of two minds. The obvious next step is a six-man tag team match, either on Impact TV, the next monthly special or at Rebellion. Violent By Design should win at least one of those as they do appear to be stagnating a little but I actually think they lose here, Deaner taking the pin before they come up trumps in the second match. It’ll be interesting to see how much we get out of Doering here but as Sabin and Storm got a good match from Shera this week, I’ve got reasonable expectations. Prediction: Beer Guns

Hold Harmless might be the worst stipulation name I’ve seen in a while. Maybe even ever. I don’t even know if it makes grammatical sense. For those who aren’t familiar (join the club), it’s basically an anything goes match – no countouts, no disqualifications, yada yada yada.

Edwards and Myers have met twice already, with both matches ending in disqualification and the series tied 1-1 and, so the stip does at least make sense. Even if the name sucks. Myers has improved this year as he’s found a groove for himself. He’s also got an obvious program to come with Matt Cardona. However, I feel like Edwards winning here is the right call to put the feud to bed and move on to something else. Prediction: Eddie Edwards

The route we took to get here was needlessly convoluted but we’re here now and this has the potential, on paper at least, to be the match of the night. It also continues the trend of the X-Division being the workrate division of Impact in 2021 and that’s something I’m absolutely here for.

Ace Austin, in my view, should have been No #1 contender after winning the Super X Cup. That’s how a tournament should work. However, that appeared to count for naught. Weirdly he, as the heel, then ended up having to jump through a series of obstacles for Scott D’Amore. I know it was a distraction finish, but Ace losing to Chris Bey on the go-home show wasn’t a great look either, even if their match was superb. TJP, meanwhile, has very much felt like second fiddle in this program and it seems more than likely that his second X-Division title run comes to an end this weekend. Prediction: Ace Austin

Like a lot of the other matches on this card, the build has been simple. As a simple man myself, I don’t ask for much more.

ODB was attacked backstage on Impact TV a few weeks back, with Deonna revealed as the assailant. ODB then attacked Deonna after last week’s main event, setting up this title encounter. As the valiant, veteran babyface, ODB is doing a solid job. Deonna, however, does feel very wasted in the current role she’s been given. The whinging heel champ gimmick is fine but, for me, the no-nonsense, arrogant heel gimmick she entered the promotion with was much more effective. I do have concerns about this if it goes to long as ODB has a tendency to blow up but in terms of the result, Deonna is absolutely not losing. Prediction: Deonna Purrazzo

When you have high expectations, it’s often only natural to end up disappointed. Disappointed is exactly how I feel with the build to this match. It was a foregone conclusion that FinJuice would be the next contenders for the tag titles after their debut but we’ve not really got much of an insight into their characters since their arrival and of all the ways they could have got here, it’s all felt a bit too wink-wink, nudge-nudge for my liking. That said, I’m also firmly of the view that they’ll also be facing off again at Rebellion, so there’s more time for it to marinate suitably. The Good Brothers retaining in a strong match is the most logical outcome, even if there’s shenanigans of some kind in the finish. Prediction: The Good Brothers

The Knockouts tag division lacks depth but Hogan and Steelz are two of my favorites week-to-week on Impact. There’s just energy to everything they do and bags of character. For something that can feel very dry in the vacuum of the Skyway Studios, they add real flavor (pardon the pun).

Jazz pinning Tasha on the go-home show was the universal tell-all sign that Fire ‘N Flava are retaining their belts and I wouldn’t be shocked if we don’t finally have a Grace heel turn by the end of the night. Prediction: Fire ‘N Flava

After almost a year of parading around with the TNA World Heavyweight Championship, Moose was officially elevated to champion status a few weeks ago when Scott D’Amore recognized it as an official, active title in Impact once again. That meant that this match with Swann, Moose’s long-awaited World title shot, would be a unification match for both belts. The jolly Canadian also announced this week that the winner will defend the Impact World title in the Rebellion main event in a winner-take-all clash with AEW World Champion Kenny Omega. So, this match has high stakes.

It has also been a long time coming. Since Moose ‘overcame’ EC3 at Bound for Glory it’s been plainly obvious that he was the next guy to challenge for the belt. He has, to his credit, risen to the plate accordingly, getting into the best shape of his career and delivering in the ring to a higher level more consistently than ever before. While I have objections to him on a personal level, he’s effectively earned this spot and he figures to be the perfect foil for Rich Swann in what should be an excellent main event. 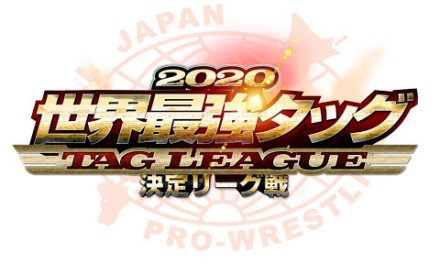