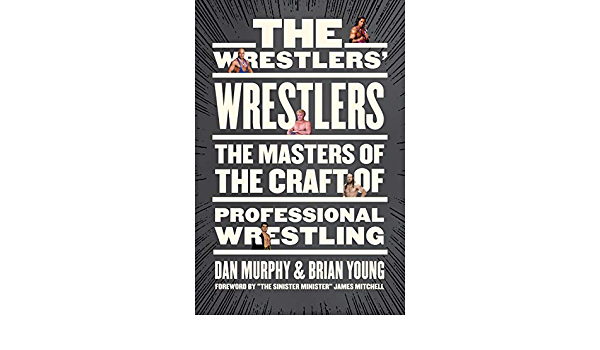 Wrestler’s wrestler is a term that means different things to the wrestlers, critics, and fans. To some, it means the undeniable headliners that would fall into any pro wrestling hall of fame, who are great inside and outside of the ring. Think of it as the famous Mount Rushmore of pro wrestling. To others, it means wrestlers who are perfect and fluid inside of the ring, even if they aren’t main eventers. They help create stars and make others look good. Those are the virtuosos inside of the ring, what we call the workhorses. The term might be both positive and negative depending on who says it, but what is undeniable is that those are great wrestlers. You will learn about them in “The Wrestler’s Wrestlers” by Dan Murphy and Brian Young.

The book is a collection of short biographies of the best wrestlers that have laced up a pair of boots, from Lou Thesz and Karl Gotch, to Ric Flair and Ricky Steamboat, up to Daniel Bryan and Nigel McGuiness. These biographies are divided by their eras: the Founding Fathers at the beginning, the Bumpers and Shooters that came after, the King of the Territories, the Supercard Era, the Attitude Era, the Indie boom of the 00s’, and ends with the Masters of the Craft, which are the all-time greats. These wrestlers were chosen by their peers, since Murphy and Young interviewed over 40 wrestlers and wrestling writers to be able to make this list.

Choosing the best workers in pro wrestling history is a hard job, so for this project the authors had the following criteria: believability, versatility, adaptability, respect to their opponents, dedication, aura/presence, and safety in the ring. The one where I would say they were a little lenient was with “respect”, since there are some that weren’t good to their peers backstage, like Dynamite Kid for example, but his influence is undeniable. I would question the “aura” of some of the list. Still, there are some wrestlers that even if they don’t have all of these qualities, are just great inside and outside of the ring, with some even helping out today, and their influence and ideas shape what we see every week.

The bulk of the book is the short biographies. It states when they were born, how they became pro wrestlers, their memorable feuds, and highlights what makes them a wrestler’s wrestler. For example, on the Ricky Morton bio, you will learn about his selling. You get quotes from wrestlers on why they choose said wrestler and what’s so important about their work in the ring.

If you are a hardcore wrestling fan, you’ll probably know a lot of the information, depending on when you grew up, but it can work as a trip down memory lane and it’s always great to read about what their peers think of these great wrestlers. In my case, I had a very basic knowledge of the early shooters, and this gave me a lot of insight. If you are new to pro wrestling (welcome to the cult), this is perfect to fill in the gaps of knowledge.

These biographies are accompanied by sections of the different aspects of the pro wrestlers’ life, like explaining what are jobbers, what makes tag team wrestling great, strong style, the wrestler’s that cross over to the mainstream, and traveling.

As you read the biographies and the sections of pro wrestling, you’ll get a general idea of where wrestling came from and where it is going. You will see the difference in how wrestlers broke into the business in the ’30s compared to the ’60s or even the ’90s. You will understand why wrestling is different in the eras and why. You’ll find out how from straight shooters, these top wrestlers started mixing styles and influences from wrestling all over the world and started changing the landscape. Wrestling came from an era where 1-hour draws were the norm to today with 30 minutes back and forth main events. By reading about the greats of all time and seeing the difference between them and how each of them worked, you are seeing the evolution of the business.

As expected, you will probably have complaints about who was left off the list. In my case, I left the book asking where were Hiroshi Tanahashi and Kenta Kobashi. I would have liked to have read about a lucha wrestler that could be considered a wrestler’s wrestler. When I saw Chris Benoit and Mike Quackenbush on the list, I’ll admit that I was against it, but that’s more on me. After reading their chapters, I understand why they were put on the list, even if one of those has a big asterisk with me in terms of being one of the wrestler’s wrestlers. Of the biographies, the Lance Storm section left out his contributions to the business through the Storm Wrestling Academy, which is my only complaint of the biographies. The rest do a great job of summarizing a wrestler’s career and why they are a wrestler’s wrestler, with quotes from people in the business.

“The Wrestlers’ Wrestlers: The Masters of the Craft of Professional Wrestling” is a great curated list of the workhorses and stars of the business. The criteria are good, and I would consider all of the wrestlers in the book as deserving of the mantle. There are the famous ones (Bret Hart, Ric Flair, Lou Thesz, Mitsuharu Misawa) but this will also highlight great wrestlers who weren’t main eventers and that maybe you don’t know (Sputnik Monroe, William Regal, Dave Taylor, Fit Finlay). It can be a great guide for new fans to get into pro wrestling even more, and for hardcore fans, it can be a reminder of why these wrestlers are great. This works perfectly as a conversation starter between fans, be it to agree or point out who was left out. 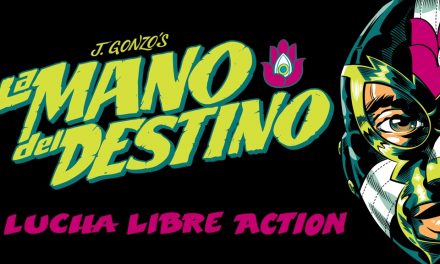