This week on Wrestling Omakase we break down two very different New Japan shows and dive into AJPW’s most recent and upcoming tours!

The Wrestling Omakase Patreon is your best source for coverage of Japanese wrestling, from yesterday and today. Coming up in March will be extensive, exclusive coverage of the annual New Japan Cup, starting right away on March 3rd with our annual New Japan Cup Pick ‘Em show! Patrons will also get to enjoy daily audio coverage of each and every New Japan Cup show & tournament match throughout the month. Plus, you always get instant access to all of our archived content, including our many 1 Match episodes covering everything from Omakase patron requests, Tokyo Dome main events and famous rivalries, our exclusive Retro Roulette & 5 Matches episodes, ANIME OMAKASE, and more! You can get all of this right now for only $5 at www.patreon.com/wrestlingomakase!

John is joined by returning guest & VOW contributor Paul Volsch (@Darth_Dragon) as they dive right into two very different New Japan Pro Wrestling shows. They start out discussing some of the issues they’ve been having with NJPW on a macro level lately and whether or not they’re worried about them both short- and long-term (very different outlooks!), before getting into both nights of Castle Attack. Night 1: horrible! Night 2: awesome! They break down all the matches from both nights, including Money Clip Okada coming up small yet again, EVIL’s very strange booking, overdosing on BULLET CLUB crap, Naito and Ibushi having yet another match of the year contender, a junior title match that way overdelivered (and John admits that ELP is growing on them a bit), a NEVER title match that proved Great-O-Khan can have awesome matches, and much more.

Once they’re done with NJPW they move over to the world of All Japan Pro Wrestling, covering the Excite Series tour. They go over some of the major matches before the final Korakuen, including very good All Asia & Jr. Heavyweight title matches from Nagoya, before then getting into the Korakuen Hall show from 2/23 in detail. They discuss a disappointing main event, Paul buries Suwama, a tag title match that wasn’t very good either, an undercard that was just there, but also an incredible double turn angle with Jake Lee & Shotaro Ashino. They then preview the upcoming Dream Power Series, as well as run down the Champion Carnival participants.

Support Wrestling Omakase with a donation through Red Circle! All donations are split with that week’s guest. We really appreciate it: http://bit.ly/2o42FP6

Wrestling Omakase has dedicated channels on TWO Discords! Come join either one where you can chat with John and show guests and submit questions for future episodes! 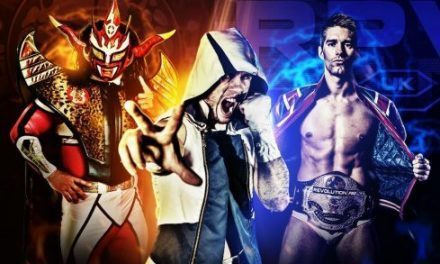