The Est Around: Nothing Is Going to Keep Bianca Belair Down 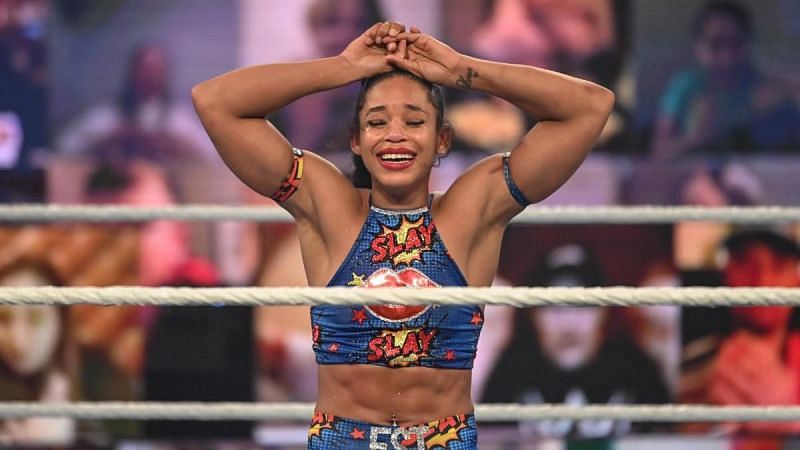 In the vast crowded dystopian landscape of WWE, there is so much to pick apart, criticize, dislike, rage against, and absolutely despise. It is easier for one to simply not watch than constantly take part in such acts that chip away at the base that is your love for pro wrestling. All that stated, in the dark void of WWE you can feel bits of light just trying to escape, trying to have itself seen and shown, and these glimmers do deserve recognition for they are the signs of positivity one can possibly cling to going forward. I’d like to highlight one of these specs of light that have emerged over the past few years. She has a name. Say it loud and say it with respect. Her name is Bianca Belair, and she is a wonderful package of joy within a company that usually gives me very little if any at all.

We need to roll back the clocks a little bit. Bianca Belair first landed on my radar the same way she landed on many radars, in the 2017 Mae Young Classic. The moment she stepped out and was introduced I gravitated toward her because at such an early stage charisma and confidence just poured from her. She had an immediate presence that while still needed to be polished stood out. What abilities she currently had wrestling-wise was showcased in fine form in a loss to Kairi Sane in the Round of 16.

Giving ten minutes against Sane in a losing effort was a good sign that WWE knew what they might have with Belair. Time would tell if that would pan out, and so far as we’re into 2021 it seems it has!

Bianca Belair is a package of performance, look, effort, creativity. She can design her own gear and it always looks on point and fabulous. Her personality since that first sighting in 2017 has increased as well as her presence. She has gained both ability and confidence, and both were already there in the beginning. No doubt there have been missteps and mismanagement in her direction during her time on both NXT and the main roster. Through it all, though not only has she preserved, it looks safe to say she has and will excel. She hasn’t gone with the current, she has swum against it and succeeded and she is now on the cusp of being where I felt she was going to belong since day one, she is going to be in a big championship match at WrestleMania against one of the best performers on the roster.

In a company that seems to revel in doing everything wrong, Bianca’s performance and victory at the Royal Rumble was everything that was right. Going over 50 minutes (and setting the women’s record) with little downtime was incredible to watch. Her work, which has never been bad, has gotten way better and it was put on fine display during her Rumble performance. I rarely care about wrestlers these days in WWE but I was amazed at how easy I found it to care and root for her to achieve her goals. Seeing her and Rhea Ripley being the final two was fantastic and it was easy to see how much both in and out of character this moment meant to both.

When Bianca Belair eliminated Rhea Ripley to win the rumble it was a genuine feel-good moment. A genuine created moment that didn’t merely seem real, it felt real. In a company that is constantly cramming things they claim are “special moments” down our throats this one truly felt like one. While they provided the platform, Belair made sure it all came together in the end. It was all on Belair’s shoulders and through her strength and dedication she carried it through to completion. Watching her tear up, cry, overwhelmed by what she accomplished was wonderful. It MEANT something to her sincerely, legit, and as a result, it meant something to the many watching and rooting for her.

There’s a connection there. A connection that should not be ignored. She feels like a breath of fresh clean air. Someone important, someone necessary. Someone, and something we need more of in the pro wrestling world period. Bianca Belair vs. Sasha Banks at WrestleMania is a big fucking deal, and don’t take any arguments saying otherwise seriously. If I watch WrestleMania, it will mainly be to watch and see how this match goes. This is the type of match that if spotlighted, highlighted, and both women are allowed to fully perform with minimal interference from outside forces can be a significant moment in WWE’s landscape. It’s easy for me to dread WWE fucking it all up, but I’m trying to remain positive for both ladies here. I don’t know if Bianca will win at Wrestlemania. I think she deserves it. I think her winning the title is an amazing exclamation mark on a statement that has been years in the making on her part. She is a rare genuine Performance Center success, but while WWE might have given her extra tools, Bianca Belair has been the builder who used her existing tools in conjunction with WWE’s and built the bridges she needed to cross. Then just to show everyone up swam instead because she’s not afraid of hard work and going against the elements.

Am I gushing? Yes but I do not apologize.

She clicks so many boxes. She has talent, presence, charisma, confidence. There is no way else to say it. Bianca Belair isn’t someone who can be a star, she is a star. She is magic but she is no illusion. She is a star, a star that you can root for, cheer for and feel for. A star quite a few fans in wrestling have connected with, clicked with, and feel her success is their success. It gives hope in a landscape at times devoid of it. I want this story to have a happy next chapter and eventually lead to a happy ending. I want this story to lead to multiple things, some of which I feel I am not qualified to type about. Wrestling in general, not just WWE, excels in denying us happy continuation of chapters and endings often disappoint. I have confidence in Bianca Belair though. She is a diamond in the rough, her sparkle may shine, but it doesn’t blind you. You can clearly see she is someone who is truly needed in this company, this business. She is the EST around and nothing’s ever going to keep her down. 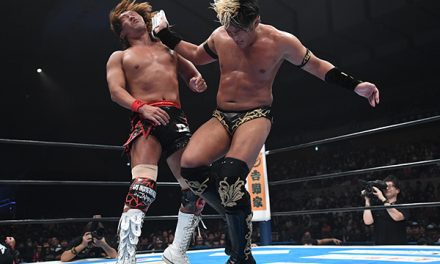