If anything, the last year has taught us all that we need to appreciate things more. Live in the moment and appreciate the good things while we can, because something far worse is probably lurking around the corner.

Seeing New Japan Pro Wrestling talent in an Impact Wrestling ring this week was wild. Wild, I say. And while I’d normally be cynical (and the rest), I’m genuinely delighted.

You think, these are two companies that 10 years ago this year ended their working relationship after several years of close collaboration. Like many relationships, the end wasn’t particularly pleasant. Impact was the wistful half, failing to understand the mistakes they’d made. New Japan, meanwhile, was the feisty, scorned partner, determined to stand strong and show that good for nothing ex what they’d be missing.

In the early days of Impact and New Japan’s romance everything had seemed so rosy. Wrestle Kingdom II was full of Impact talent up and down the card. A six-minute singles match between Manabu Nakanishi and Abyss early doors? I’m in. Yet when you’ve got Vince Russo lurking around, nothing good can ever happen.

Over the next couple of years, the presence of Impact talent on their flagship show did decline as the relationship began to wane, and the amount of reciprocation from the New Japan side diminished too. They withdrew their affection, feeling that they weren’t getting the love back they deserved.

The final straws were quite pitiful. Impact prioritized a program with The Nasty Boys over sending Team 3D, who were the IWGP tag champs at the time, over to Japan for a New Japan tour. If that was the equivalent of forgetting a birthday, deciding that the best use of hot prospect Kazuchika Okada’s excursion was to leave him in catering for months, and then have him dress up like the Green Hornet’s sidekick and follow Samoa Joe around like a bad smell, was like leaving the kids behind in a restaurant.

New Japan was mad and as Okada then burst out of his excursion cocoon and morphed into, forgive the metaphor, a beautiful butterfly of professional wrestling goodness, it seemed that any form of relationship with Impact during his career was entirely out of the question. Even with Scott D’Amore publicly apologizing to the New Japan locker room on behalf of the old regime, the idea of them working together was the stuff of fantasy booking.

And, to be fair, it wasn’t just because of the Seth Rogen flashbacks. Impact was America’s crisis promotion, lurching from one disaster to the other. Money problems were often the only reason people talked about them in wrestling circles. At the same time, New Japan had gone stratospheric. A decade-long development process had shot them to the forefront of the wrestling industry. They were the home of great storytelling, good booking and the best bell-to-bell work in the world. They had absolutely nothing to gain from working with Impact.

While the likelihood of WWE penetrating into Japan is very unlikely, there is still that threat. New Japan also hasn’t quite cracked America in the way they thought they would and Ring of Honor isn’t much of an asset anymore.

AEW, and to a lesser extent Impact, are much more appealing propositions to really boost engagement across the wrestling landscape.

Chris Bey appearing in the Super J Cup at the end of 2020 was a sign that, perhaps, things were mellowing between Impact and New Japan. There were caveats though – the talent pool of guys out there for them to bring in wasn’t huge and he would have added some wrinkle of intrigue, however, small Impact’s current reach is. David Finlay and Juice Robinson rocking up in the Impact Zone though, that’s a whole different ballgame.

It was known when Karl Anderson and Doc Gallows signed with Impact that they’d had the option to work New Japan written into their bumper contracts. But to learn that they’re effectively the kingmakers in this scenario and that Impact’s deal with New Japan came about both independently, and before, AEW’s is remarkable. That term wild springs to mind again.

The opening salvo in the inevitable Good Brothers/FinJuice feud this week was good. I’m not sold on the Blues Brothers vibe FinJuice has going on but it’s Juice, he can pull off most things. The Good Brothers’ promo, mocking FinJuice as the young boys who used to carry their bags, was strong and it set the seed for a lengthy program moving forward. We got no real information from FinJuice about why they were there but it is early days. Rome wasn’t built in a day.

There are months and months of work for Impact and New Japan to do to fully rebuild their relationship. There’s a lot that can go in the space of a day in pro wrestling, let alone months. It’s also Impact we’re talking about, but for once, I’m just enjoying something fun while it happens. It’s wild and I love it. 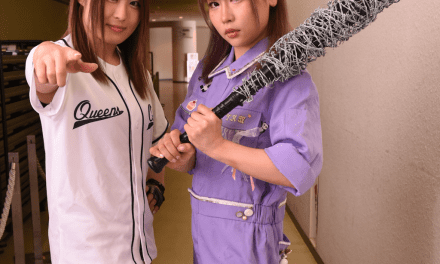 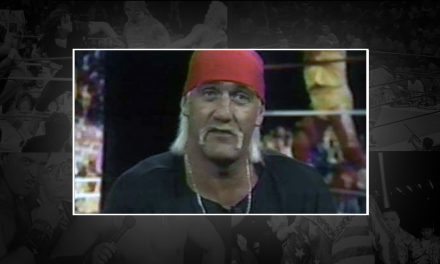 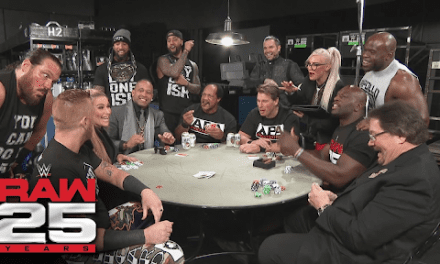