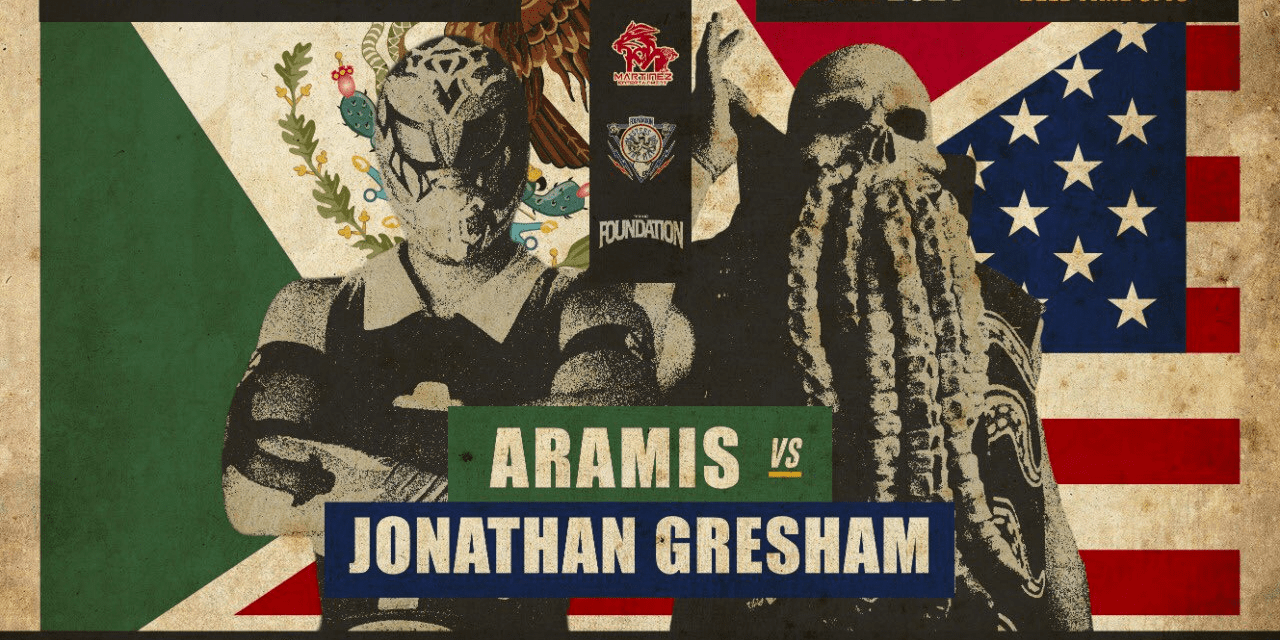 Lucha Memes has become one of the premier independent wrestling companies in the Lucha Libre scene. The company prides itself on delivering great shows that usually showcase a mix of Mexico’s best young wrestlers, established legends and the next wave of top Lucha stars. To kick off their 2021 season, Lucha Meme went north and, in association with the Martinez Entertainment and The Foundation, promoted their first show ever in the United States, pitting the best and future of the Mexican indie scene against the best and future of the American indie scenes in a battle of nations.

This was my most anticipated match of the night, and I’m not complaining that it opened the show.  Arez is one of the best luchadors in Mexico, and Daniel Garcia is the independent scene’s future. The back and forth to start the match was a lot of fun, and then things really got going when Arez began to use his speed as an advantage. Arez had done some beautiful dropsaults, which the guy on commentary called a “flippy doo.” As the match came to an end, Garcia and Arez kicked each other at full force until Arez won this tightly worked match. This was pretty good but wasn’t as good as it could have been. I’m hoping there’s a rematch between Arez and Garcia down the line somewhere. ***1/2

The technical back-and-forth to start this match was a little slow and felt like it deflated the crowd. Once they started going faster, the crowd got into the match as Aeroboy held control. There were a few mishaps and botches where Wavra couldn’t hold on for Aeroboy’s throws; however, that didn’t deter them from trying and throwing some nice suplexes. The match fell apart as it went on when both competitors were gassed, but Aeroboy did hit a very nice DDT. They kept trading sloppily trading submissions until Aeroboy locked in an armbar to put this one away. **3/4

Gino Medina looked very impressive and had the crowd firmly behind him when Eric Martin either sold, forgot to sell, or was just sloppy to kick off the match. Medina controlled most of the match and connected with a sit-out facebuster for the successful pin, but the confusion after the three count made it look like Martin forgot to kick out. Not sure what happened there. Medina looked great, and I hope to watch more of his stuff. **

Hell yeah, Ricky Marvin! He’s been consistently one of the best and most underrated luchadors in the world since his debut in 1995. Tony Deppen’s interactions with the pro-Mexico crowd were entertaining. Deppen is an excellent foil for this crowd and excels at irritating them. Marvin targeted Deppen’s knee throughout the match, and it really proved that good limb work that makes sense throughout the match still works wonders in telling a story. Deppen, on the other hand, worked the arm. The counters in this match were exquisite and well-timed and kept going back to the limb targeting. Marvin and Deppen stiffed the shit out of each other in the closing stretch, and Tony managed to get the win. A hard-fought battle that you should go out of your way to watch. ****

This was a bonus match and the commentary track stopped working, which was a bonus for me. This was hot right off the bat! Taurus and Laredo Kid are two of the best in AAA today, and it was a lot of fun seeing them wrestling in front of a crowd. Taurus hit a beautiful enzuigiri combination to start the match and they kept up a fast pace after brawling around the ring for a bit. Taurus is fantastic as both a flyer and a power wrestler and dropped Laredo Kid with a wicked piledriver. Laredo Kid fought back and hit a 450 Splash for the win. This was a Black Taurus showcase, he looked dominant and like a total badass. It wasn’t the best match these two could’ve had but it was still fine. The money was thrown into the ring afterwards and all of it should go to Taurus. ***1/2

If Aramis ever gets a shot on American or Japanese television, he will become an instant star. His matches with Arez are always fantastic and that chemistry translated perfectly to this match with Jonathan Gresham. The guy doing commentary kept calling Aramis “Ar-meece” and it was infuriating. If you don’t know the product, learn it before putting your voice on it. I had to watch the rest of the match on mute. Gresham and Aramis wrestled at full speed from the opening bell and had reversals for reversals. This was insane! The back and forth made both guys look like the best wrestlers in the world and their styles complimented each other. There was never a dull moment in the match. Aramis and Gresham are both so smooth in the ring that everything looked great in exchange after exchange after exchange. In the end, no matter what Gresham threw at him, Aramis never gave up and hung on as long as he could, but an armbar variation was too much and gave Gresham the win. This was fantastic and an early contender for the Lucha Match of the Year! I hope Aramis gets a shot on a bigger stage somewhere; he’s just way too good to be left on the AAA openers. ****1/2

You may recognize Xtreme Tiger as TNA Wrestling’s Tigre Uno, a former X-Division champion. The mat work in this match was pretty good, but it did fall flat with the live crowd because of the spot it was put in. Both Tiger and YUTA gave it their all and had some fun exchanges where they had each other’s number. Despite the slower start, the match picked up, and the closing stretch was a lot of fun despite going way too long. The dives in the match were a lot of fun, and both YUTA and Tiger had some highlight moments. YUTA was very impressive and has grown a lot as a wrestler over the last year. Cut seven minutes or so from this match, and it would’ve been in the 4+ range. ***1/2

Blue Demon Jr. and Low Rider are one of those Fire Pro random teams that just works. The match was nothing special but was a hit with the live crowd, who were all for the legend Blue Demon Jr. Low Rider got the first fall for his team over Fred Yehi. Blue Demon Jr. kicked the asses of Yehi and Wolf all on his own but fell victim to a sneak attack by Yehi. Yehi went after the mask and a random fan threw a chair in the ring in disgust. Yehi made Low Rider tap for the second fall. Blue Demon Jr. pinned Fred Yehi for the third and deciding pinfall. Nothing of note happened and a terrible way to end the show. Blue Demon is much better when he’s trying to hit dudes with a hammer. *

Despite the main event being a terrible match and the awful commentary, this was a very fun show with a few bangers! Tony Deppen versus Ricky Marvin was a lot of fun. The show’s real highlight was Aramis vs. Jonathan Gresham – a real Lucha Match of the Year contender. I would consider this a success for Lucha Memes. I can’t wait to see what they have up their sleeve. 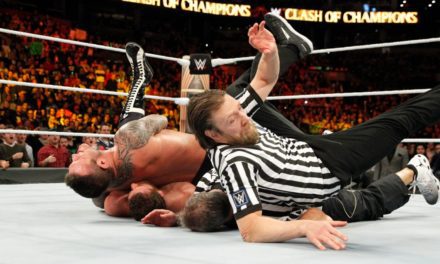