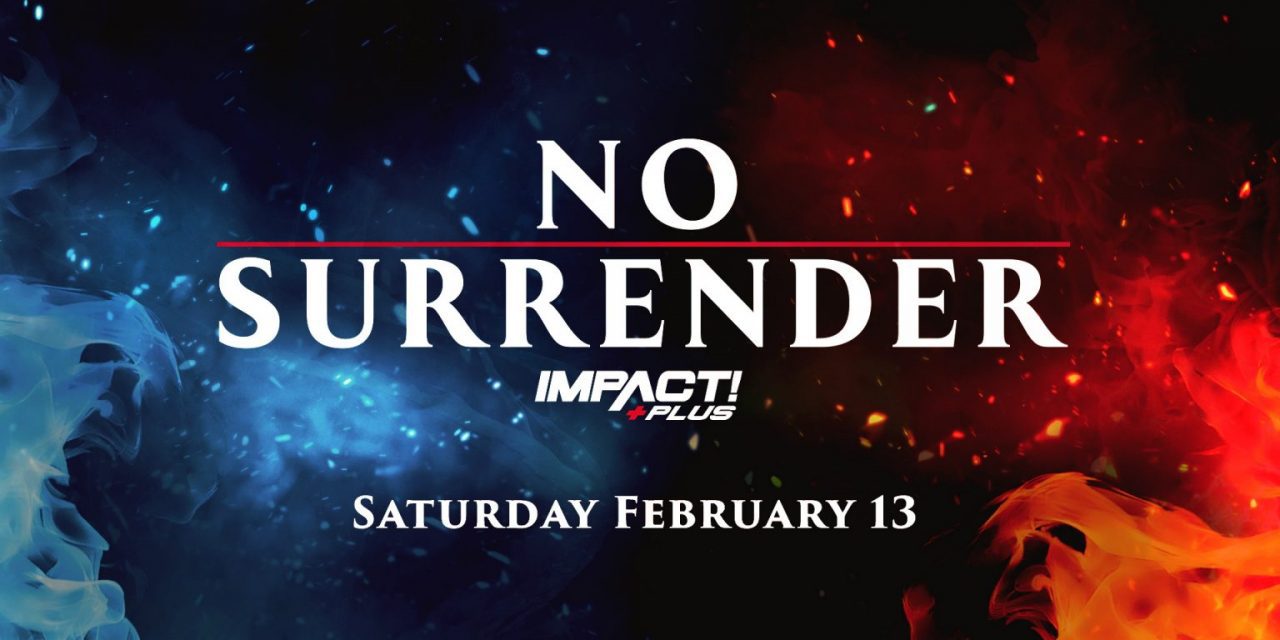 Impact Wrestling host their second monthly special of 2021 this coming Saturday (February 13) with No Surrender, streaming live on FITE TV and Impact Plus. In the main event, Rich Swann defends the Impact World Championship against Tommy Dreamer.

Decay’s third member is Black Taurus. Absolutely not who I expected, and almost certainly not the best use for him. But, he’s a very exciting addition to the company and if this is their way of using him to start with, I’ll take it.

The origins of this match lie in Larry D’s ‘prison’ stint at the end of 2020 for shooting John E. Bravo. While Impact revealed that Taya *actually* shot him, Larry D thinks Rosemary set him up. He got some revenge in his comeback match against Crazzy Steve but then refused to hit a woman. Tenille, who’d come out on the losing end of her recent feud with Rosemary, was happy to oblige, leading to this six-person match getting created, Black Taurus rounding out the picture. The feud has no legs beyond this match really, and the lead is the recrafted version of Decay, so they should absolutely be going over. Prediction: Decay

We’ve got 40 wrestlers on this card.

Grace and Jazz lost a tag team match to Lee and Susan in mid-January thanks to interference from Deonna. Grace went on to defeat Susan in a singles match, with ODB saving them from a three-on-two beatdown. That favor was returned this week, when Grace and Jazz prevented ODB from getting beaten down after she lost in singles competition to Lee.

While Impact doesn’t seem to have any particular direction for Deonna at the moment, her team should absolutely be defeating a trio that includes two non-contracted talents and someone in Jordynne Grace who appears to be heading for a much-needed heel turn. Prediction: Purrazzo, Lee and Susan

Violent By Design continued their reign of terror after Hard to Kill, taking out Rhino before setting their sights on Something. He refused their offer to join the faction, instead declaring himself a new man and ‘symbolically’ changing his name. This is positioned as his chance to prove himself and Deaner’s chance to finish off the beatdown Violent By Design started this week.

I still lack any real confidence that Impact is going to give Something a proper push, but if they are, he needs to win here. A proper credibility boosting win against the only member of Violent By Design who’s in a position to be taking pinfall losses at the moment. Prediction: Jake Something

A Hard to Kill rematch for the Knockouts Tag Team titles born out of the division’s prevailing lack of depth. In truth, I honestly don’t mind as these two teams had a reasonable feud last year and they’ve shown reasonably chemistry. I think the stipulation will also give them a bit more creativity and I wouldn’t be shocked if they get more time to deliver something meaningful than they did at Hard to Kill. That’s really not how it should work but there we are. Hogan and Steelz retaining is the right call here, with what comes next likely to prove a much harder nut to crack. Prediction: Hogan and Steelz

Yep, this is a new one on me as well. As far as I understand, this match will consist of a series of three-way dances, whereby each time someone gets pinned, they exit the match and a new participant enters. Once there are no more wrestlers left to join the match, that’ll be your final three-way combination and the person to score the pinfall there will be the winner and the new No #1 contender for the X-Division title.

While it might work out, this gives me strong Reverse Battle Royal vibes. When I say strong, I mean strong. The other thing bothering me is that Ace Austin should be, by rights, the No #1 contender for the X-Division title after winning the Super X Cup. If he isn’t, what was that tournament even for?

Working out the possible winners is relatively straightforward. Daivari and Suicide are just there as pin eaters and definitely won’t win. Trey Miguel got the pinfall on the go-home show and is heading into a feud with Sami Callihan, so him winning makes little sense. Chris Bey seems unlikely as he’s only just come out of a very lengthy programme with TJP and Rohit Raju and I doubt they’d revisit that so soon. I’m ruling out Blake Christian too on the grounds that I don’t think he’s under contract yet. That leaves Josh Alexander, Ace Austin and Willie Mack. Austin and Alexander seemed destined to feud moving forward, and I can see a scenario where one costs the other the one, allowing Mack to win and become Raju’s first new challenger (spoiler alert). Prediction: Willie Mack

This match feels like it’s a proper “two-true outcome” match. Either they further Eddie Edwards’ descent into madness and have him lose here, setting up something with Cardona, or they go down the more obvious route of big-name free agent Cardona helping Edwards to get the win over the slapdash heel pairing. I favor the latter for a few reasons. I can’t see Cardona, however long his tenure in Impact is, taking too many losses. I also think losing matches like this is Hernandez’s ceiling at this point, but the former is plausible. Prediction: Eddie Edwards and Matt Cardona

Rohit Raju has been determined to get his hands on TJP since losing the belt to Manik in December and after unmasking him at Hard to Kill, he got his wish in a non-title match on Impact. Shera made his ‘return’, countering TJP’s under the ring spot, chokeslamming him onto the apron (#thehardestpartofthering) and allowing Raju to pin him, setting up this title shot.

I’ve gone back and forth on the outcome here a few times. While I think TJP could be the person to take the division to new heights with the level he’s on at the moment, Raju seems like the better bet as champion moving forward, especially when you look at the potential next opponents. Adding Shera gives his second run a different flavor to it, as he can hide behind him as an obstacle while still cutting excellent promos. It might just be favoritism though, as Raju is absolutely my guy. Prediction: Rohit Raju

They just had to go and change things. I really, really wish they’d just gone with The Good Brothers against Private Party. It would, probably, have been a better match and a more sensible step in the AEW/Impact/NJPW storyline, but I guess they don’t want Private Party taking the loss cleanly after all.

I honestly thought this was a swerve. I still don’t think this match will be the end of No Surrender, but I am now almost certain that Tommy Dreamer is main eventing an Impact show (which they’re charging people for) in 2021. Truly, anything is possible.

Swann offered Dreamer the shot because it’s his 50th birthday on the day of No Surrender (it’s also Chris Bey’s 25th, but that’s neither here nor there). Since then, Dreamer has done what he always does. He cuts great, believable promos that do their utmost to get you in the building. But, he has real physical limitations and despite Swann’s outstanding abilities, this has a real ceiling to it and a low one at that if this goes too long. The ideal scenario would be a simple 10 minute, in, out, thank you very much, singles match.

The looming shadow over this is Moose. He’s owed a title shot after his match with Willie Mack at Genesis and they’ve played up the angle that he’ll cash it in when he’s ready, on his terms. I have a sneaking suspicion that he challenges Swann after he defeats Dreamer, and that Moose leaves this show as champion, potentially setting up a three-way for Rebellion featuring with Kenny Omega… Prediction: Rich Swann, probably. 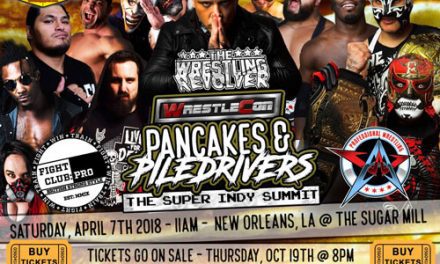