This week on Wrestling Omakase we take a completely randomized look back at WCW’s annual February extravaganza, SuperBrawl, on our second ever Retro Roulette episode!

The Wrestling Omakase Patreon is your best source for coverage of Japanese wrestling, from yesterday and today. Patrons get so much bonus audio that never hits the free feed, most notably two full length exclusive episodes per month. Our next episode will feature our 5 Matches format with debuting guest WH Park from Post Wrestling, as he and I will cover some awesome stuff from Japan spanning 4 different decades. Plus, you get shorter and yet still jampacked 1 Match episodes, currently covering matches submitted by Omakase patrons (spanning a wide range already in week 1- a BattlArts classic shoot-style match from 2000 and a DDT cinematic match featuring Yoshihiko from 2020!), ANIME OMAKASE, daily coverage of all the major Japanese tournaments (soon to include the New Japan Cup!), and so much more! You can get access to all of this and much more right now for only $5 at www.patreon.com/wrestlingomakase!

John is joined by first time guest & VOW contributor Matt Francis (@archivingmatt), an old school WCW fan dating back to the early 90s which makes him the perfect guest for this episode! If you missed our prior Retro Roulette episode from October (that time covering Halloween Havoc), it’s sort of a different spin on the 5 Matches format- instead of just picking five old matches ourselves, in this case we’ve come up with a theme (WCW SuperBrawl PPVs) and then let the randomizer gods choose six random shows, and then one random match on each of those shows. Here’s what we ended up with. All can of course be found on the WWE Network, along with many other illicit places I’m sure:

Topics that come up along the way include: boy did the randomizer job us out on some of these shows, brief thoughts of SuperBrawl and some of the weirdness involved with WCW’s schedule (and which one was bigger, SuperBrawl vs. Starrcade), Spivey does some movez, Morton months away from turning on his partner for a computer, why couldn’t we get Pillman vs. Liger instead of this, did Jesse Ventura just make a joke about Bagwell’s apparently legitimate mommy issues, Bobby Heenan has some thoughts on the opposite sex, THE DEADLY EFFECTS OF SHOE VIOLENCE, John and Matt disagree sharply on this 97 match, Debra was completely insane during this match, Rick Martel’s sadly aborted major league comeback, the best match we discussed on this show by far, the WCW Heat Machine, a good little tag match to wrap us up, and a whole lot more.

Everything Elite 58: AEW Dynamite: Huntsville, Cody/MJF, ELITE OR DELETE and Much More! 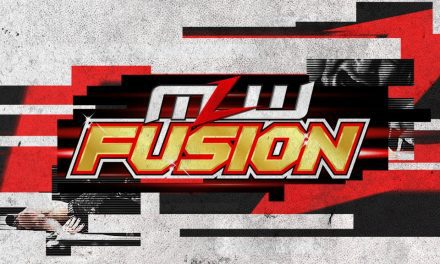