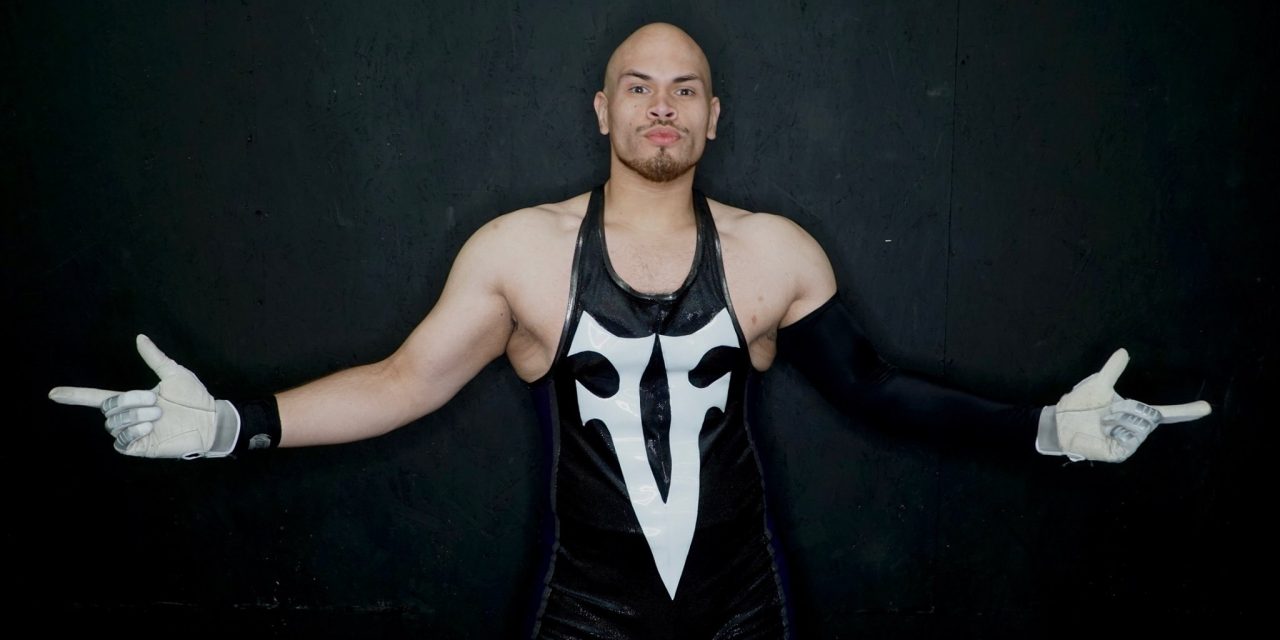 In 2006, I was ready to move on from wrestling. When I started watching in 1999 I watched and considered wrestling as a sport. I never really cared about the over the top characters or angles, I just wanted to see an athletic competition, and as such, I always enjoyed wrestling best when it was treated seriously. To this point, I had only ever watched WWF/E regularly, so it was inevitable that I would eventually turn on the product. Even as a hardcore WWE fan, I always hated a lot of what they presented, and for whatever reason, in 2006 I was finally fed up. I couldn’t stand to watch WWE programming. I was done.

Just as I was about to start looking for another hobby I discovered Ring of Honor. After years of wishing, I could watch serious wrestling that was treated like legitimate competition, I had finally discovered that this type of promotion exists. I had discovered the holy grail. I instantly fell in love with ROH, and wrestlers like Roderick Strong, Bryan Danielson, and Nigel McGuinness instantly became my favorites.

In late 2009 I attended my first Pro Wrestling Guerilla show: Battle of Los Angeles Night 2 with Kenny Omega defeating Roderick Strong for the vacant PWG Championship. I was instantly hooked, and I’ve attended almost every PWG show since then.

From that point forward, I have been obsessed with independent wrestling. Even as WWE started signing seemingly everybody I figured it would be okay, someone else would always step up, and promotions like PWG would be there to showcase their talents.

On October 17, I attended Game Changer Wrestling’s The Last Resort on top of a mountain in Orange County. It was my first show since the pandemic hit. Before the show began I was so happy to finally be at a wrestling event, but by the time it ended, I felt empty. It was clear that until PWG started running again, the indies weren’t for me. I felt the same way I felt when I was ready to give up wrestling in 2006.

However, this wasn’t my last show of the year. I actually had another one coming up a few weeks later in the Bay Area, my home territory. For those unaware of the Bay Area scene, Underground Wrestling Alliance (UGWA) is this weird smaller promotion in San Jose often run in the Ritz Nightclub, and sometimes in the promoter’s backyard.

UGWA is known as a deathmatch promotion with live commentary (which is the reason I’ve never been to one of their shows). With this one being a backyard show and the bitter taste of the GCW show still in my mouth, my expectations were nonexistent. I thought this would be bad at worst, inoffensive at best.

I could not have been more wrong.

This show turned out shockingly great. Even though it was a literal backyard show with everyone in street gear, no music, and the promoter/homeowner smoking a blunt while doing announcing, this was the most fun I’ve had at a show in forever. While not everything was great, and most of the wrestlers were green, this show reminded me why I love pro wrestling. There was no comedy or irony, no bullshit, just hungry talent working their asses off and having hard-hitting athletic matches.

The thing is I probably shouldn’t have been shocked by how much fun I had. After all, the scene in Northern California has been on the verge of a breakout for a while now. There has been a strong effort to move the scene forward with promotions like West Coast Pro and UGWA getting on IWTV within the past year. There are also a number of great schools including Rik Luxury’s East Bay Pro Wrestling, Sir Samurai’s Supreme Pro Wrestling, Big Ugly’s Ugly Dojo, and more producing a ton of exciting talent.

In this article I’m going to introduce you to some of the best and most exciting up and coming wrestlers from Northern California, most are very green, and footage difficult to find, but I firmly believe everyone on my list has the potential to break out on the indies and possibly make it past that level.

For anybody looking to watch the wrestlers on my list, you can message East Bay Pro Wrestling’s Twitter for their 10 part Sanitized series, and Gold Rush Pro’s Instagram to watch the 2020 APW/GRP Young Lion’s Cup Tournament.

For the purpose of this list, I have split the wrestlers into three categories:

Forget Northern California, in my opinion, Jack Cartwheel is the top prospect on the entire independent scene other than Lee Moriarty. If you listen to the VOW flagship show you’ve probably heard Joe Lanza talk about how gymnasts make great wrestlers due to their body control, discipline, and core strength. With 15 years of gymnastics experience, that certainly applies here.. As you would expect Jack does some crazy flips and has very innovative offense, but what really impresses me is he also has tremendous fire and intensity, and isn’t afraid to lay in his strikes. He is someone who is tailor-made for Japan, and would fit in with any promotion. Personally, I would love to see him in Dragon Gate, but he would not be out of place in NJPW mixing it up with the juniors. His most notable match took place in the UWN(under the name Jack Cartwright) where he had an excellent showing against Clark Connors, but his best work came at APW/Goldrush Pro Young Lion’s Cup Tournament, which he ended up winning with three very impressive performances.

You can’t talk about Jack Cartwheel’s performance at Young Lion’s Cup without talking about Fabuloso Fabricio, who was Cartwheel’s tag partner in the first round, and his opponent in the second round. Fab is by far the most charismatic wrestler on my list, and easily the best promo. On the surface Fab is cool and collected, wearing suits and enjoying the high life, but he has an uncontrollable temper and will snap at a moments notice. Not only is he a really good character, but he is one of the better workers on my list. Fabricio is still fairly new to wrestling, but in that time has proven to me at least that he is a guy who could be booked on any top indie and not look completely our of place(despite still being pretty green).

A personal favorite of mine. Zo is half of The World’s Freshest Tag Team with D-Dre Fresh. As a team, they are a super energetic and exciting duo, who’s dancing and flashy gear is as dynamic as their matches. As individuals, Zo is the one with breakout potential. He patterns himself after his favorite wrestler Kevin Steen, even utilizing the Package Piledriver as one of his finishers. Zo is a babyface, but isn’t afraid to slug it out with NorCal’s best, or toss his opponents around with a variety of suplexes.

Before Starboy Charlie broke out Titus was the talk of the town in West Coast Pro Wrestling. Titus is a second generation wrestler, the son of the underrated “Big Ugly” JD Bishop(who is also his trainer). Titus reminds me of a young Shane Haste with his explosive athleticism and movements. Even though Charlie broke out faster than Titus was able to, Alexander was well on his way to breaking out before the pandemic hit, becoming a regular all over Northern California indies, winning the 2019 Young Lion’s Cup, and even making his Defy debut in early 2020.

SERZA is very similar to Fabuloso Fabricio in that they both have the potential to be great wrestlers, both ooze charisma, both are very good promos, and both of their characters are borderline sociopaths. Unlike Fabricio, SERZA doesn’t hide under the façade of class, and instead is just a guy who wants to fuck you up(which I appreciate). SERZA spent a good portion of his 2019 feuding with Cliff Hendrix, culminating in a feud ending steel cage match at East Bay Pro Wrestling. He also has the best NorCal match of the pandemic against D-Rogue at EBPW’s Sanitized.

As I mentioned previously, the best NorCal match of the pandemic belongs to SERZA and this man, D-Rogue. Rogue is a guy with obvious potential and is very good in the ring. The issue I have is he has what I call Lance Hoyt TNA syndrome, and by that I mean he is a very tall man who doesn’t completely utilize his size to his advantage and instead uses a lot of high flying maneuvers. Rogue is a guy whose identity I can’t quite figure out, but once that becomes more clear he very well might break out in a big way.

They say the best characters in wrestling are your real-life personality turned up to 11. In many cases that is true, but there is also something to be said about someone who is just a cool dude you would love to hang out with. Cliff’s chill demeanor is such a stark contrast compared to over the top heels like Fabuloso Fabricio and SERZA, which helps bring out the best from his heel counterparts. Hendrix was not someone I was super high on at first, especially with the gimmick of “guy who wears yellow boots”, but to me nobody in Northern California has shown the improvement over the past year that he has and has become a really solid worker.

As I said before, Alpha Zo is the star of The World’s Freshest Tag Team, that is not an insult to Dre, who is very good himself. Dre is the more charismatic member of WFTT and has a really strong crowd connection at APW. The reason I can’t put him higher on this list is that he hasn’t had a signature moment like the top guys on this list, as most of his best work has come in tag matches.

Of everything on that UGWA show, nothing was as eye-opening as what I saw from Brandon Humphrey. I had seen him a few times before at EBPW where he was a solid worker, but with nothing that made him stick out. He was a large ginger man in bright green tights who was trying to be the cool heel with witty banter. On this day he was portraying a completely different character, the monster heel, which fit him so much better. Gone was the banter and green tights, and instead was a much more sinister character who squashed his opponent (whose name I didn’t get) in very impressive fashion, utilizing a variety of throws, chokeslams, and powerbombs(which was even more impressive since his opponent kept sandbagging him). It felt like Brandon Humphrey had arrived, and if he continues to wrestle the way he did that day he could be someone to watch out for.

If you know me at all you probably know I’m a huge San Francisco Giants fan. Deep in the Giants farm system, there is a kid named Marco Luciano who despite never playing above the lowest levels of minor league baseball is seen as the top prospect in the Giants organization. At this point, Midas Kreed is unbelievably green to the point where you can tell he is still thinking through spots. Kreed is a guy with the potential to become a premier high flyer, but still needs a ton of experience at this point.

Traps Wellington is the greenest wrestler on my list, he is also probably the wrestler with the best look, which he uses to his advantage, as his character is pretty much a cocky guy who is handsome and muscular. His look and charisma caught the eye of Championship Wrestling From Hollywood, where he competes under the name Jose Santiago, sometimes teaming with fellow Supreme Pro Wrestling graduate Jack Cartwheel. Traps is very new to the business, as he only began training in April 2019, and only had a couple singles matches before his television debut.