Before we begin, here’s a little about me: I am an Egyptologist in love with a pro wrestling fan (VOW contributor Steve Case). I have a Ph.D. from the University of Chicago and regularly conduct research for a project studying Egypt’s earliest kings (narmer.org). I was a guest on the Midcard Matinee podcast’s Scorpion King episode.

I have currently set aside hieroglyphs to assist linguists in medical research with COVID vaccination programs. Thank you to Voices of Wrestling for the opportunity to dig back into my passion in this short article.

With word of the Rock’s new installment in the Scorpion King franchise, I, like many others in my field, am looking forward to another hilarious mixed bag of gimmicks and poorly understood mythologies neatly labeled as “ancient Egyptian”. While titles like “Rise of the Akkadian” – Akkadian being the term for an ancient Semitic language or an empire of ancient Mesopotamia, not a group of people – generate eye rolls through the halls of my research institution, we still relish the opportunity to see our world brought to life on screen. Also, who doesn’t love the Rock?

My introduction to the world of pro wrestling was through my partner’s hobby. In trying to understand the sport initially, I had numerous questions about its history. In doing so, I was surprised to learn that the average wrestling fan was not aware of the significance of the sport – or at least its depiction – in early human history.

Modern pro wrestling has its roots in the carnival sideshow, with its men and women of extraordinary physical abilities, and sports wrestling began much earlier, richly attested in the historical records of the ancient Greeks, Romans, Babylonians, and Egyptians. All of this information is widely available on Wikipedia. What is not well known is that the image of two men wrestling was one of the first identifiable hieroglyphic signs ever recorded in the (arguably) oldest written language in the world. 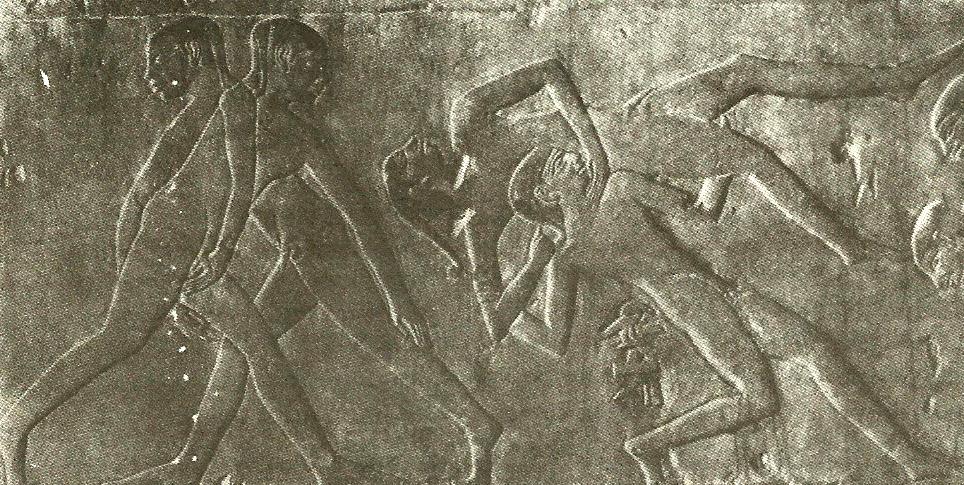 In 1988, the Egyptological world was rocked by the discovery of Tomb U-j in the vast cemeteries of Abydos, in middle Egypt. Led by the late Dr. Günter Dreyer of the Deutsche Archäologische Institut Kairo, the team excavated a massive tomb belonging to an unknown early king, which was C14 dated to 3320 BC, knocking Sumerian to the second oldest written language, much to the delight of many of my colleagues.

But who was this early king?

Egyptian history began in about 3100 BC with a king named Narmer, whose giant catfish hieroglyph was often depicting smiting his enemies with a giant stone mace. Excavations at Abydos in the early 20th century uncovered the graves of at least two of his predecessors – kings by the name of Iry-Hor and Sekhen/Ka. But the owner of Tomb U-j was earlier yet.

Tomb U-j was robbed in antiquity, like most ancient tombs, leaving archaeologists to piece together clues to determine who had been originally interred. Its owner was given the name King Scorpion when dozens of inscriptions featuring scorpions were discovered in his tomb. His massive burial complex encompassed an area of over 1900 ft2, with 12 chambers, in which the remains of clay vessels, bone and ivory tags, cylinder seal impressions, and unambiguous signs of royalty, in the form of the emblematic pharaonic crook, were discovered. It was on the clay vessels, seals, and tags that the world’s earliest writing was found.

Among the hieroglyphic repertoire featured on these objects, which included mammals, birds, and fish, was the depiction of two men, facing each other, arms entangled in a struggle. The nature of their entanglement in these faint ink inscriptions was at first ambiguous. But as researchers revisited the artifacts of the early period, they found it again on another object – the so-called “Cities Palette” – a ceremonial object meant to look like the make-up grinding palettes that Egyptians would use in their daily life to paint their eyes with kohl to prevent disease.

On this object, cities are identified by their name hieroglyphs – one of which, two men depicted clearly grappling, has been given the name “pair of wrestlers”. The other hieroglyphs on this object are exaggerated to make the signs look human, which allows them to hack at each other in the main register of the object, in a scene that is thought to depict the power struggle leading up to the unification of ancient Egypt under Narmer, and the beginning of ancient Egyptian history.

While Egyptologists have not been able to locate all of these cities, the Wrestlers city is believed to be based somewhere in the Nile Delta – the last area to submit during the unification process. The city was then lost to history, probably buried under thousands of years of silt or modern habitation. But its legacy remains a salient feature in our scholarship, as we seek to shed light on this little known period of early Egyptian history and on the conception and development of the early Egyptian hieroglyphic script.

While the next installment of the Scorpion King may once again miss out entirely on the chance to call back to its wrestling roots through the archaeological record, you, dear reader, will be equipped with some historical background to enhance your viewing pleasure. 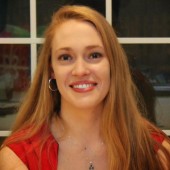 Martinete: Canis Lupus, Trauma I, and the Match of the Year