This week on Wrestling Omakase we head back to the world of drafting for our first ever 00s Puro Fantasy Draft!

The Wrestling Omakase Patreon is your best source for coverage of Japanese wrestling, from yesterday and today. Patrons get so much bonus audio that never hits the free feed, including two extra full length Omakase episodes per month (like a brand new 5 Matches Omakase dropping on Monday January 18th!), our shorter and yet still jampacked 1 Match episodes that each cover a certain theme (right now talking all of the Tokyo Dome main events in order, with our last episode featuring Genichiro Tenryu vs. Riki Choshu from 1/4/93!), ANIME OMAKASE, daily coverage of all the major Japanese tournaments, and so much more! Plus, patrons starting this coming week will be able to submit matches for John to cover in February! If there’s a match you always wanted to hear John talk about, come get your submission in now! You can get access to all of this and much more right now for only $5 at www.patreon.com/wrestlingomakase!

John is joined by returning guests & VOW contributors JoJo (@jojo_runs) & Gerard (@GerardDiTrolio) and first time guest THE INFAMOUS Smoldoink (@smoldoink) for our 00s Puro Draft! The four of them take twenty-five different men’s wrestlers who met the criteria of wrestling at least ten times in Japan from 2000 through 2009, and it’s one of the fastest actual drafts ever if you’re not as into the “picking names” part of these episodes. But all four go into detail on why they’re picking these guys and why they’re happy with their rosters (with some very different philosophies in some cases!), and then the real meat of the show is going through four very different supercards! Everyone discusses why they put these matches together and even who’s going over as they go into great detail on four different cards- and then it will be up to you to vote on who had the best show! Just go to our poll @wrestleomakase and make your voice heard! 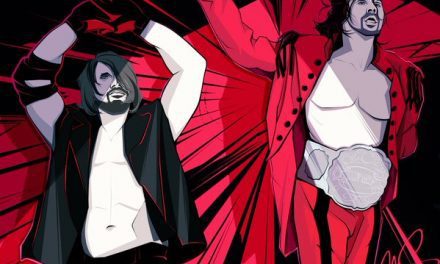