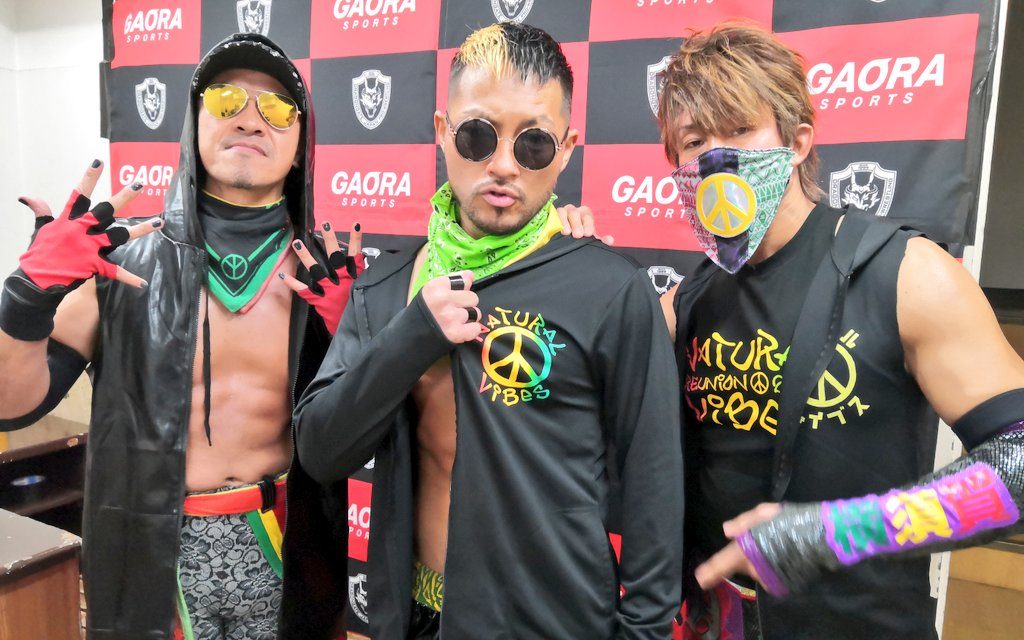 Dragongate concluded their rare Korakuen doubleheader with a quick show under two hours and a Triangle Gate title match.

This was a cranky old man battle between six guys who are unaffiliated after the conclusion of the three-way generation war. Shuji Kondo pinned Yasushi Kanda after two King Kong Lariats in a relatively spirited opener.

Dragongate fans over the last several years have noticed Kagetora is a wrestler who has a tendency to disappear or have a lack of motivation when he isn’t the focus of something. I am happy to report that since his Brave Gate feud with Keisuke Okuda last year, Kagetora has kept it in top gear and shown his deserved reputation as one of the unsung great workers in the world. Him and Kondo were the stars of a match that didn’t overstay its welcome and had everyone take after Kagetora and put their best foot forward in 2021. **3/4

In a huge upset, the Bobby Hill of Dragongate, HYO, continued his 2021 win streak via low blows with the biggest fall of his career in pinning his former Mochizuki Dojo teacher Masaaki Mochizuki.

In an opening to this match that really cracked me up, Eita started the match for the R.E.D. side and HYO hid underneath the ring. I wondered for a brief moment why he did this for HYO to come out from the other side to take out his former Mochizuki Dojo mentor and made it a two on one advantage for R.E.D. It’s a little thing, but it was a nice bit of creativity in a company that has a common tendency of heels attacking during the introduction. That let R.E.D. dominate this match until HYO got the referee distracted long enough to get the fall. That was fun. I came into this match expecting HYO to get the fall on Okuda for a Brave Gate challenge, but instead Dragongate found a way to subvert my expectations. ***

After the match, Punch Tominaga attacked Keisuke Okuda yet again wanting a singles match, He must have had his memory wiped from the Brave Gate champion’s high kick from the previous night’s match. Okuda was game and it gave us a rematch.

After about a twenty-second flurry, Mr. Danger Zone did a go behind and locked in the sleeper hold on Tominaga. You shouldn’t write checks your fists can’t cash, Punch. NR

The Double Dragons won this with stereo La Magistral cradles. This battle of Team Boku versus the original Dragon and his imposter was set up on the second Korakuen of December, when Ultimo Dragon pointed out that the former Big R Shimizu didn’t ask him for his permission to be Bokutimo Dragon.

As one would suspect in a match consisting of the three active members of Team Boku, this was a relatively lighthearted match. Tominaga obviously was feeling the lack of oxygen from Okuda’s sleeper hold as he demanded to face off with Ultimo. The Dragons also did a ridiculous bit of Twin Dragon Magic and would just trade places as Mr. Nakagawa, the referee, couldn’t distinguish between the two. The rest of the match was Ultimo Dragon doing proper versions of his trademark moves and Bokutimo performing either incorrect variants or unsuccessful imitations.

This was the obvious comedy match on the show and was here for a good time, not a long time. Dragongate has found ways to keep Ultimo busy and out of the business end of the card, and I really enjoyed this match for what it was. In the post-match, Ultimo asked Saito and Tominaga to join them as Dragons. It wasn’t clarified if this was Ultimo joining Team Boku or if this was something to keep them all busy while Naruki Doi is recovering from elbow surgery. It seems like Punch will be Punchtimo Dragon and Saito will be Bokutimo Dragon #2. If Bokutimo has issues imitating the principal of the Dragon System, I can only imagine the problems Punch will have! ***

R.E.D. followed up their Twin Gate title defense from the night before with another victory as KAI pinned Jason Lee with the Meteo Impact.

Masquerade vs R.E.D. has become somewhat of a trademark match over the last two months. Since Dragongate started its 2021 campaign, this match has often been the best thing on the show. This iteration did not disappoint with flowing chemistry from Masquerade and well-focused heel work from R.E.D. This series has been must-watch stuff for both casual and hardcore DG fans.

R.E.D. picked up from last night’s Twin Gate match in focusing their attacks on Jason Lee’s back on the outside. Kaito Ishida drove HYO’s giant pencil into Lee’s stomach with his red box lid and it actually wedged the pencil into the box lid. Jason Lee’s selling over the two shows has been superlative, and he’d be my DG Week One MVP if that was a thing.

There wasn’t a lot of either Shun Skywalker or La Estrella in this match, but when they were highlighted, they excelled. Estrella did a tope con hilo that almost cleared the barrier DG has in Korakuen due to the COVID-19 protocols. Upon his debut, we perhaps too quickly threw a comparison to former Dragon System high flyer SUGI in how Estrella’s high flying has an element of risk and fear where one cannot look away from what the rookie does. However, over the last month, La Estrella has put it together and is as crisp of a flyer as one can see in wrestling. He’s already the front-runner for 2021 Rookie of the Year, and the laws of physics will be the only thing preventing him from being the world’s best high flyer. ***3/4

After almost fifteen minutes of an excellent match, KAI and R.E.D. interfered when YAMATO was about to put away Dragon Kid with the Galleria for the No Contest.

Even though YAMATO & Dragon Kid have not been in a unit together since Junction Three in 2011, this was a rare match in that this was the fourth ever singles match between the two. Both guys are unaffiliated since the end of 2020 and would be a strong leading core for any unit that would have them. They both needed some momentum after the conclusion of the three way generation war, YAMATO opted to dissolve the Dragongate Generation on the final show of last year and Dragon Kid was the final elimination in the Losers Must Disband match between R.E.D. and Toryumon at Final Gate 2020.

YAMATO spent the first part of the match in complete control. He focused on dismantling Dragon Kid’s leg with successive dragon screws and figure four leg locks. YAMATO’s grappling usually isn’t my cup of tea, I felt the style played into the “overly long Dream Gate match” trope, but Kid’s selling made it feel effective and more of a struggle than usual. Dragon Kid would have flurries of offense and hope, but would come down on his weakened knee and struggle to string it into anything sustainable. DK couldn’t turn his Christo into a finishing maneuver because YAMATO had his number and converted it into an ankle lock. Smart stuff.

Often, we’d think a special singles match is comparable to a King of Gate tournament match or a singles title match. This fourth ever singles match between the pair wasn’t that. Instead we got an exceptional match of two fifteen year plus vets doing what they do best. The only negative I can give to this was R.E.D interference finish, ending this match on a bad note. I might be the high person on this match, but Dragon Kid really made YAMATO’s offense look a lot stronger than it usually does. ****

R.E.D. fell in their third defense. Natural Vibes become the 71st Open the Triangle Gate champions and begin their second reign as a team. Kzy submits Takashi Yoshida with the Spider Twist after a misfired SB KENTo elbow strike as the finish.

The overarching story in this Triangle Gate match was could R.E.D. stay on the same page with SBK and Yoshida’s previous misfires or would the newly reformed Natural Vibes reclaim the titles that they hold the record for having the longest reign. In the early going, it seemed like Yoshida and SB KENTo were able to keep it together and R.E.D. weathered the best that Natural Vibes had for them. It fell apart in the closing moments and Natural Vibes was able to capitalize

One of the sneaky bits of great chemistry in Dragongate right now is Kzy with Kazma Sakamoto. Since joining the company in 2018, Kazma Sakamoto’s best opponent has been Kzy. Kzy makes Sakamoto’s offense look more brutal than usual and Kazma comes off as an even better fit for DG when he’s against Kzy. There was a running knee strike in the ropes in this title match from Kazma Sakamoto that Kzy sold by nearly falling out of the ring. Awesome stuff.

I felt like this was a very good Triangle Gate match that didn’t verge into truly great. Maybe it was the rare time that Dragongate has been constrained by the COVID restrictions. It was missing either the crowd reaction that is the crux of Natural Vibes’ connection or the fact that DG had a hard out of 8 PM local time so this didn’t get time to breathe. No matter what, something was missing and it prevented it from being excellent. ***3/4

In the post-match, the Yoshida and SB KENTo discord came to a full boil. SBK snapped on a rookie attendant and Kazma pulled SBK back and started shouting at him. Yoshida grabbed the microphone and called off the KAI/SBK vs YAMATO/Dragon Kid tag match. He even said he hated this kid from the jump and he hated that he was even a part of R.E.D. With the remainder of the group’s support, Yoshida unilaterally ejected him from R.E.D.

However, as Takashi Yoshida beckoned the group to attack SB KENTo, R.E.D. double-crossed Yoshida, put the former Cyber Kong down, and he was the one ejected. After SBK grabbed the microphone and made it official, they threw Yoshida’s chain at him and left him in the ring by himself. Yoshida, left alone in the ring, wanted someone to teach him pro wrestling. This left the Natural Vibes team flummoxed, but he called out Mochizuki instead.

Playing off of the times in the past where Cyber Kong was aimless and needed direction, Mochizuki agreed to this after saying “dude you’ve been wrestling for almost twenty years but sure you can be my apprentice.” The pair left the ring and Natural Vibes concluded the show as champions and looking forward to Sunday in Kobe Sambo Hall where they will hold open dance auditions for new members.

Another breezy show given the 8 PM curfew, Dragongate continued their strong form. It’s unit shuffle season and we’ve got the seeds for a YAMATO/Dragon Kid group as well as Natural Vibes filling out their squad. I don’t think this part of the doubleheader peaked as high as the night before with the Twin Gate match, but it was still a good foot forward as DG begins 2021. 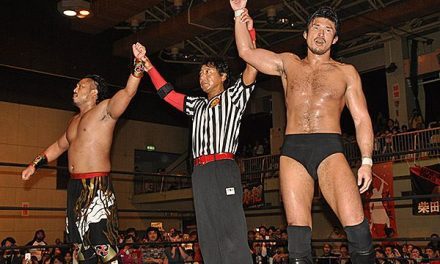 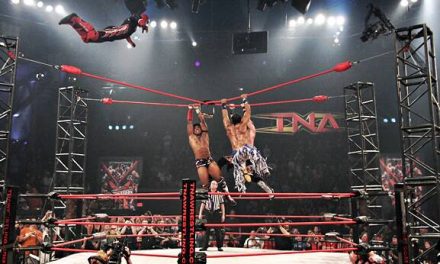