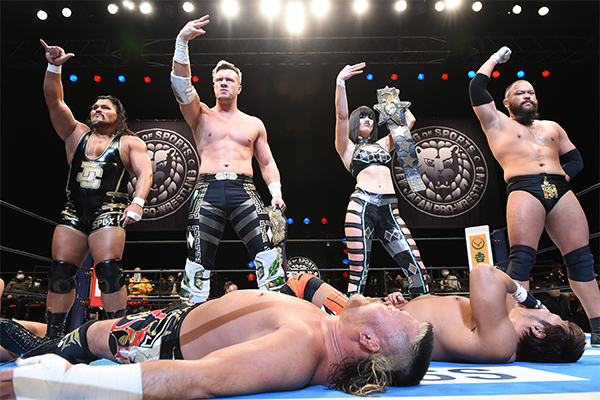 Wrestle Kingdom 15 is in the rearview mirror and it’s time for a new beginning… which just so happens to be the name of the next tour!

Kickstarting us off tonight is the classic Young Lion versus Dad match. Now there are two types of three-star matches – the good, fun, harmless match or the boring, bland but not bad gentleman’s three. This was the first type of three-star match, however, I did expect a little more out of these two but I won’t hang them out to dry for that. Nagata wins with the Nagata Lock. ***

I’m sure the point of this was to squeeze some more people on the card but Tiger Mask IV is looking rough. You could have easily put Taguchi or Henare in this spot and we would’ve gotten a better match. With retirement season around the corner maybe this was to give the fourth Tiger Mask one last dash (pardon the pun). Uemura and Suzuki have wonderful chemistry and I could watch them all day and their interactions saved this from being below average. **3/4

The match was pretty good, Ospreay and Kojima put together some nice little sequences BUT that’s not what this match was about. Firstly The Empire used a triple-team Oscutter to kill poor Tsuji to win, followed by an awesome beat down. From O-Kahn laying out Tenzan with Tenzan’s own TTD, to Kojima trying to protect his friend and copping a Hidden Blade for his troubles, to the angry Ospreay promo this was a gigantic home run. Ospreay is my favorite to win the New Japan Cup and probably even take the title from Ibushi. ***1/4

I love this face leaning quartet of Suzuki-gun, it’s a breath of fresh air. Saying that I really can’t remember much about this match until the end, where El Phantasmo beat Kanemaru with a loaded shoe. ELP and Ishimori taunted Despy and Kanemaru with their own tag belts after the match and Tama teased Taichi about his stolen iron finger presumably setting up the next tag title matches for the two sets. ***

Please make sure you watch the Jay White post-match promo from after Wrestle Kingdom 15 Night 2 to get the full effect.

This match was really fun! the trio of Goto, Ishii and YOSHI-HASHI always works hard and have probably been the multi-man MVPs since New Japan’s return in June. Fale in any type of match is a worry but really he just tagged in, stepped on people and tagged out, the best way he can be used in 2021. Towards the end it felt like it was White in there against everyone and eventually lost to Ishii (again!!) clean as a sheet, no angle, no promo, nothing! Jay was walked to the back and I even felt a little sorry for Jay meaning his redemption arc/babyface turn has started well. EVIL stared down Okada on his way to the back as well. Really fun match. ***1/2

Main event time and another really fun match. LIJ are the masters of these multi-man tags and consistently have really good matches. This obviously played on the Ibushi/SANADA confrontation from Wrestle Kingdom 15 and Hiromu calling out SHO in post-match too. As the match went on it seemed increasingly clear that Shingo/Tanahashi is the NEVER direction and they had a nice little teaser in the ring together. Wato was pretty bad in this match—like he is in most of his matches. Everything but his kicks looks soft or botched and the blue grandmaster in training character is cringe. Eventually, BUSHI pinned Wato with MX and gives a brief promo to send us off. ***1/2

NJPW’s New Year Dash!! 2021 was a fun show that set up a lot for the New Beginning tour. Here’s the current lineup:

Will Ospreay vs. Satoshi Kojima 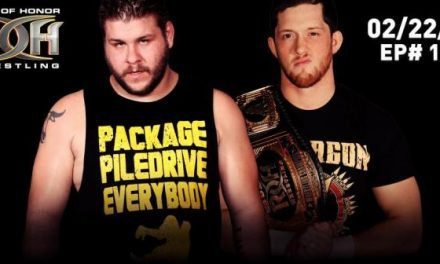 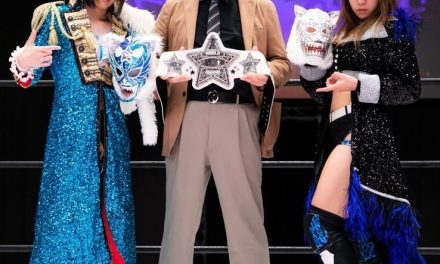