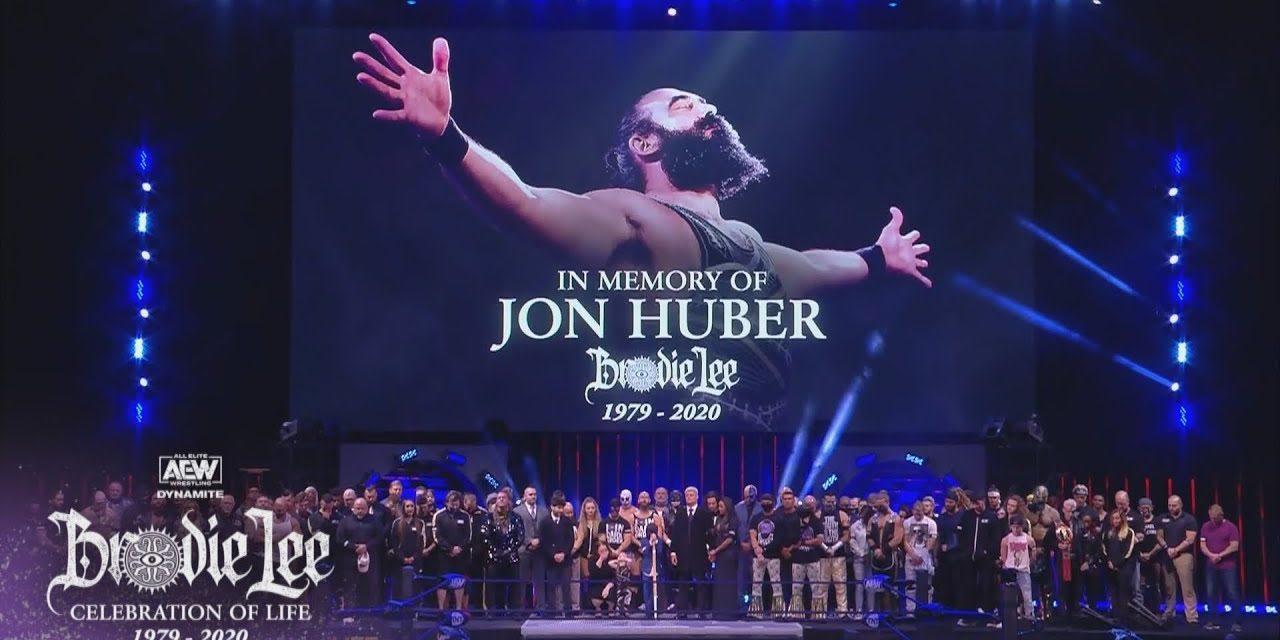 This column is not a critique.

This is not a review, nor is it a break down of the December 30, 2020 episode of AEW Dynamite.

None of those would be appropriate, nor have I had an inkling to read anyone who tried to be analytical about it. This is simply put the written word’s version of a standing ovation. Every time my finger hits a letter it is a combination of both my hands smacking together combined with a tear going down my cheek. For two hours AEW’s tribute to Brodie Lee was a collective effort of a grieving, inspiring, loving family and crew gathered for one purpose.

The purpose was to honor, to remember, to treasure, and to pay tribute to a man who was taken too soon from everyone. To a privileged few he Johnathan Huber. To the rest of us, he was Brodie Lee/Luke Harper. Too many of us he was a pro-wrestler that graced our television and computer screens and entertained us through various companies. More importantly, he was an amazing father and husband, a well-beloved friend, and truly a special angel in a business that sometimes feel it has very few of them.

2020 in and outside of wrestling has been a challenging year for everyone. It’s gotten to the point that every extra smack in the face, punch in the gut, seemed excessive, unfair, hitting us when we were down. Needless to say, Brodie Lee (as he will be referred to in this article)’s death was for many of us in the wrestling business the final cheap shot, and almost everyone felt it. The entire community was rocked and for a brief glorious moment, everyone was brought together not to critique, not to bicker, and not to potshot. They came together to admire, respect, and grieve. stories, memories, moments, and condolences and respect all poured out. From all corners, companies, segments came sadness, remembrance, and support. In a business often shrouded in negativity, the positive influence and light of Brodie Lee shined through.

Emotion is something I lose control of too often, but seeing the aftermath of Brodie Lee’s death caused me to be overwhelmed with such and I did not even try to stop the flow of tears. Sometimes you just have to cry, and to hell with anyone who every chastises or ridicules you for it. It was good to cry, it was necessary. It was the final blow it felt like. When you thought all was quiet and in the clear, one more tragedy stabs you from behind and does it so suddenly you don’t even realize it happened at first. I remember starring at my computer screen was the news was displayed, unable to comprehend what I was reading. I could not comprehend it, I could not make out what I was being told. Slowly I could feel the tremble, I could feel the tears, and once I finally accepted what I read I let out an audible “Fuck” and began to cry.

Then Dynamite happened, and any remaining tears I might have had, as well as in the wrestling community was poured. It was simply put the most beautiful display ever put on by a pro-wrestling company. Even wrestlers of other companies came forth and encourage everyone to join in. The outpouring, the support, the collective gathering of appreciation is something I don’t see in many fandoms let alone pro wrestling, and it was special.

The night was filled with testimonials, callbacks, throwbacks, minor and major touches. I can’t even begin to highlight them all, but everything hit, everything landed, and everything had meaning and purpose it, just fuck, it hits me now just writing about it.

It was clear in every moment presented that there was extra motivation in every wrestler. Everyone was on their game. Not for accolades, not for star ratings, and definitely not for trivial and ultimately meaningless awards. They were game to give it their all in loving memory of a friend who was no longer there. At the end of each match, each segment, each testimonial I felt heavy, but also a smile would appear on my face. I couldn’t help but feel if he’s capable of watching this, Brodie would be loving every second of it. The show even got me to completely jump off my couch and go apeshit when Eric Redbeard showed up. I was not expecting it and I leaped off my couch lost in the moment, soaking it all in, and then it hit me all over again and I cried once more. So much care, detail, beauty, love put forth for this one man. What an impact he must have had. No, what an impact HE DID have.

I don’t want to say things like best episode ever, or best wrestling event of 2020. Something does not feel right and feels off about those accolades. This was not about best or great, this was about love. It was the most loved filled episode of pro-wrestling I’ve ever seen. It brought tears to my eyes, a smile on my face, and that cocktail of sadness mixed with happiness but the kind I’m glad to have experience. It was as perfect a tribute you could have for someone. Through the tears, through the memories, through the feelings of loss and grief, I can say, everyone who planned, performed, and participated can hold their heads high, and fill their hearts with the knowledge that they showcased a great display of love for the man who touched every single of them.

I will never watch that episode again. It’s not an episode you watch repeatedly because it’s of how high the quality was. It’s an episode you watch once and then let it live on in your heart from that point on. For two hours AEW, Brodie’s family, everyone who took part, put on a showcase and display of love and passion that I don’t think, nor want, to ever be surpassed. In a lot of ways, it saddens me that it took a tragedy to bring out this side of pro-wrestling. I know it will not last, there have already been cracks that showcased within hours of the tragedy. I will not waste too much time on that other than say, some elements of pro-wrestling should be swept away into the dust bin of our thoughts, and then discarded just as easily. I have no time or patient for it. If you are incapable of showing compassion, consideration, or even just a shred of common decency and decorum, you have no place here anymore, and you should’ve never had one in the first place. Simply put fuck you, and good riddance.

My sincere condolences and sympathy to family, friends, co-workers, and to all the fans who have truly lost someone special. Someone who achieved a big boot to the hearts of us all, and whether it be big or small impacted us in many different ways. He will be missed, but he will not be forgotten. He has passed on, but the memories and love of him will be forever. 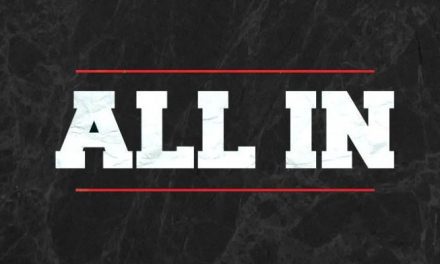 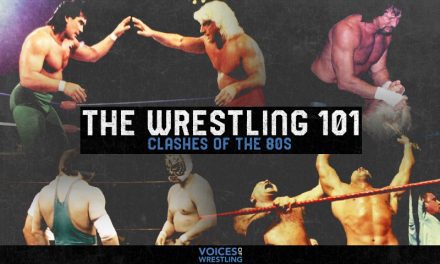 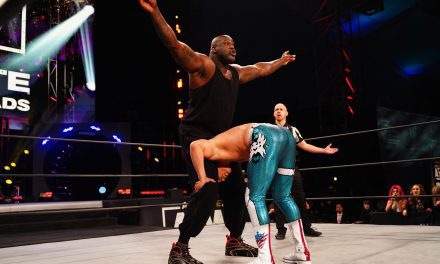