This week on Wrestling Omakase we kick off an abbreviated Year in Review series as we cover all the men’s promotions in Japan other than NJPW or DDT- NOAH, AJPW, BJW, and more!

The Wrestling Omakase Patreon is your best source for coverage of Japanese wrestling, from yesterday and today. You can sign up right now and listen to everything from daily audio coverage of EIGHT different tournaments this year across a wide variety of promotions (NJPW, AJPW, NOAH, DDT and TJPW), our 1 Match series looking back at every Tanahashi vs. Okada and Naito vs. Ishii match in order, our 5 Matches series featuring John and a ton of different guests from both VOW and places like the PWTorch as well breaking down some of their all time favorite matches, and a lot more! Plus, check out our new series covering every Tokyo Dome main event (not just 1/4 or NJPW!) in order, which is four episodes in and counting- most recently covering an interesting old vs. new tag team match from NJPW in 1990 and the Stan Hansen vs. Hulk Hogan main event of the infamous AJPW/NJPW/WWF Wrestling Summit show! And as a Patron you can vote in our Omakase Year End Awards! You can get access to all of this right now for only $5 at www.patreon.com/wrestlingomakase!

John is joined by returning guests and VOW contributors Gerard (@GerardDiTrolio), Paul (@Darth_Dragon) and Jon (@FatmansAlright) for our first Year in Review episode! It was a crappy year in many ways of course, but there was still some damn good wrestling to talk about, and this time around we’re covering a ton of different promotions. We start out talking about NOAH’s awesome 2020, especially in the main event scene, but discuss some of the flaws as well (junior booking, mostly). Then it’s over to AJPW, who of course had a much worse year. The team discusses the major issues with the booking, a putrid Champion Carnival, but also the somewhat forgotten positives, mostly from the first half of the year. After that we take a look at BJW, which had an under-the-radar good year, and finally wrap up with some talk about ZERO1, Wrestle-1’s last days, some other random tiny indies and more!

We then turn to handing out awards, starting with full top 10 MOTY list for these promotions (plus DG as well), picking their favorite matches of the year. There’s bound to be more than a few that you missed! After the MOTY lists we hand out other Observer-style awards for Wrestler of the Year, Most Outstanding, Tag Team of the Year, Best Feud, Best Promotion and Best Major Show. Finally, we wrap things up by answering a few of your questions- how to fix AJPW in 2021, what NOAH can do in the coming year to keep growing, is Daichi Hashimoto underrated (or overrated or fairly rated!), and more! 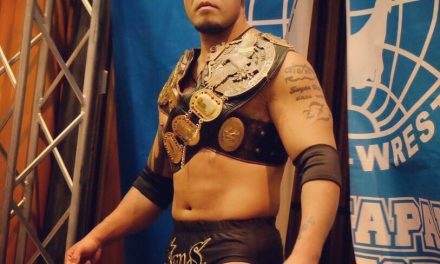