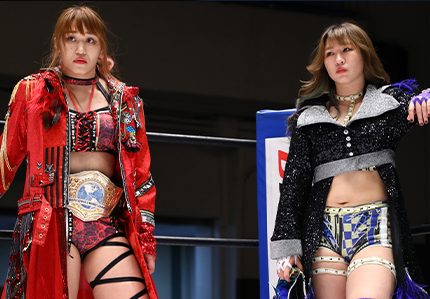 Just days before the massive Osaka Dream Cinderella event Stardom visits Korakuen Hall for a show that will mean very little.  Despite throwing this show together late in the day Stardom has some interesting matches lined up.  Specifically, the main event which features Giulia and Utami Hayashishita teaming up to face Syuri and Momo Watanabe.  We also have a Cosmic Angels title challenge on this card which could go either way.  Let’s get into the action, shall we?

This was a pretty solid opener that served to give Starlight Kid a win.  Lady C is already making noticeable strides just a month on from her debut.  The dynamic of these matches is still strange as Lady C is taller than her opponents and has a power-based arsenal but has to sell a lot at the same time.  **1/2

This match served its purpose of giving Death a win ahead of her big match at Osaka.  Konami got to look good as she wasn’t involved in the fall but dominated the majority of the match while Ruaka got to fire up and have the babyface comeback.  Solid stuff that didn’t overstay it’s welcome. **3/4

Ever since losing the World Of Stardom championship at Sendai Cinderella, Mayu Iwatani has been questioning her abilities.  She has not felt worthy of her spot as the leader of STARS but in this match, she promised to give Iida her best and remind everyone that she is the best.  To her credit, Iida played her role perfectly in this match.  She sold like crazy to make Iwatani look good but she also got to make her comebacks and showed a ton of fight and heart in the process.  This kind of match gets both participants over as they both looked good while Iwatani got her first win in a bit to regain some of the mojo she’s lost. ***1/2

The objective of this match was to get over the fact that Maika and Kamitani want to tear one another apart.  Maika began as the aggressor but Kamitani was relentless in her assault on Maika.  Those two really carried this match, and for the most part, this felt like a singles match between the two as Himeka and Riho stepped aside and let them go at it.  Kamitani winning continues her trend of pinning Maika in tag matches, although she has yet to beat Maika one on one.  This match made me very excited for the upcoming Future Of Stardom title match as Kamitani, Iida, and Maika are ready to kill someone to come away with the win. ***1/4

This was not a result I was expecting as Oedo Tai just captured the belts a month ago and hadn’t made a single defense.  The Cosmic Angels are seemingly the hot act in Stardom as they’ve been close to unbeatable since their formation, with them likely to break away from STARS in the near future it’s a good idea to make them credible.

The match itself was pretty good once it got going.  Nakano was fantastic on the hot tag and I wish they’d done more with her and Tora as they have underlying issues dating back a number of years.  Unagi Sayaka got the spotlight in the closing stretch and she did good work there, some of her best since her debut.  Fun match between these two factions, Cosmic Angels can only get better from here. ***1/2

This was an excellent match to finish off the show.  The in-ring action was fantastic, especially when Syuri and Giulia were involved, those two have some of the best chemistry on the entire roster.  When those two weren’t brutalizing each other Watanabe and Hayashishita were ready to take over and go at it.  Syuri and Watanabe were like a well-oiled machine while Hayashishita and Giulia did not get along, to say the least.

This match suitably served all purposes as it got me very excited to see both Watanabe vs Hayashishita and Giulia vs Syuri at Osaka while also reminding us that Giulia and Hayashishita are on a collision course, possibly at Budokan.  Syuri beating Giulia makes her look like a real threat to Giulia’s title reign and the fact that Giulia and Hayashishita were unable to work together protected both from being hurt too much by this defeat.  All in all, this was great pro wrestling that was well booked and well worked. ****1/4

I had no real expectations for this show as it was essentially a road to Osaka Dream event but it proved to be one of the best Stardom Korakuens in recent memory.  The main event was a fantastic match and another strong outing for all four women, the Artist Of Stardom title match was fun, Iwatani/Iida was a really good match that furthered Mayu’s story, and the DDM vs Kamitani/Riho tag match got me hyped for Kamitani and Maika to beat each other up at Osaka.  In recent shows, it really feels like Stardom has hit its stride again and I’m super excited to see what they deliver at Osaka Dream Cinderella on the big stage. 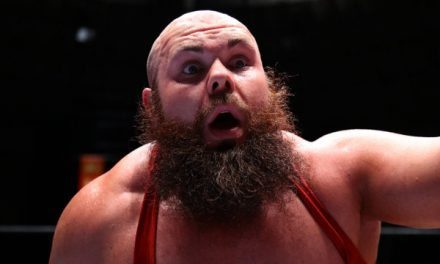 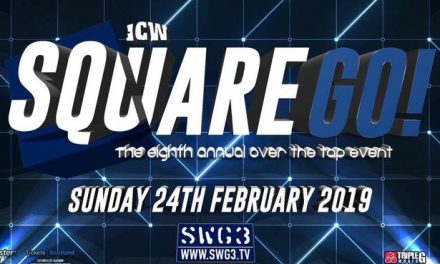 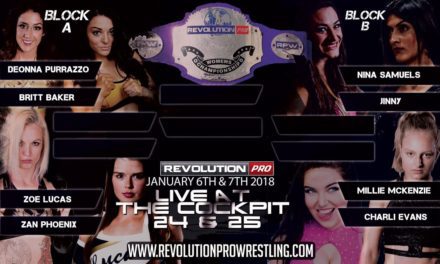