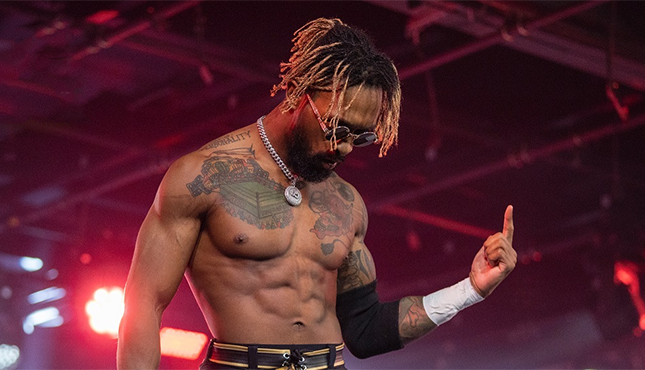 Impact Wrestling was bad this week.

All that sweet AEW bump from last week basically disappeared and outside of the Kenny Omega angle, the rest of the product was awful. Impact ran five matches, four of which ended thanks to some sort of distraction finish. The other, the main event between Karl Anderson and Chris Sabin, finished up with Anderson using the tights for the pin. Way to keep hold of those new viewers.

Adding those matches to Final Resolution from Saturday and you’ve got 10/11 matches ending with a terrible finish. That sort of ratio brings back awful Vince Russo memories and begs the question: who on earth does a promotion booked like that appeal to? Impact needs to work out what their identity is moving forward and I’ve mentioned a couple of times that that’s something I want to address in-depth but here isn’t the time or place – look for that in the early weeks of 2021.

Instead, I wanted to talk about something a little more positive. A lot of the conversation in Impact Wrestling circles over the last few weeks has been about the talent they’re expected to lose at the start of next year when we get into ‘contract season’. That made me think more about the resources they’ve actually got and the people who should be big building blocks for them in 2021. A few names spring to mind but none stand out more than Ace Austin, who has been conspicuous by his absence of late, and Chris Bey.

Bey seemed like a work in progress when he signed on the dotted line with Impact back in February of this year (which feels like a lifetime ago). He had the facets of a future star – a good look, natural presence in the ring, and the beginnings of a dynamic moveset—but his relative inexperience at the age of 24 sometimes seemed like a factor. The timing in his matches was sometimes a little off, probably a product of his brain working ahead of his body/his opponent. However, that was somewhat to be expected given his youth, as is the trajectory of development he’s enjoyed over the last 10 months.

He got a singles title victory pretty early on when he picked up the X-Division title at Slammiversary in July, in a match with Willie Mack that I described as “good, engaging but simultaneously a bit underwhelming”. It wasn’t that the match was bad, it was that him winning the title should have felt like a notable moment and it was more a case of ‘Oh ok, we’re doing this now’.

If we’re to take that match with Mack as a case in point, and compare it with their Impact TV main event just a couple of weeks ago, the difference is clear. Bey has perfected his look, the confidence flowed even more than a few months prior and any of that hesitancy or slight mistiming was gone. The performance was slick, sharp, entertaining and a great 10-minute sprint. Ok, the booking wasn’t ideal, but that’s not his doing. He killed his spot and showed what a talent Impact have at their disposal.

Bey’s title run only lasted a few weeks and it felt like the legs were cut out from his reign, something that was perhaps a product of the promotion changing their plans because of roster changes. My biggest gripe with that run and, to be fair, his entire run with Impact is that the promotion hasn’t given him more of a platform to sell his personality.

Not every company has a vast video budget. What promotions can and can’t do with video has been restricted somewhat this year because of the pandemic. They’re two things I’m mindful of, but across the board, I feel that Impact doesn’t do enough to show you more about the men and women they’re presenting to you on a weekly basis. They might tell you through promos or Josh Mathews warbling on commentary, but they don’t show you with proper video packages and vignettes.

I’m reminded of a series NXT did with Roderick Strong a few years ago when they went back to his roots, talking about his upbringing and his family. It was simple but well-produced and pitch-perfect at what they were trying to achieve – getting him over as a legitimate babyface.

Impact has positioned Bey as a heel so far and that’s fine – whatever side of the character divide you’re nominally supposed to be on, each wrestler is still a person and has a unique backstory to them that should be explored.

Taking a quick look at Bey’s social media shows you the potential there is for Impact to really show us who this guy, this young upstart, is. Bey is a guy who a decade ago was recording unboxing videos of Impact titles and he’s a long-time fan of the promotion. Put together a piece incorporating the footage and stills that are out there as well as a piece-to-camera from him and you’ve got a future top babyface.

Another thing – he makes his own music, and that’s something he’s as passionate about as wrestling. Why not explore that more in a video package? Give us more explanation of what makes Chris Bey Chris Bey, or Chris Bey ‘The Ultimate Finesser’ – by tapping into reality, the promotion will round out his profile. It makes him more relatable and understandable to the viewer.

Instead, what do we get? We get the nickname ‘The Ultimate Finesser’, we get the line ‘All I Need is One Shot’ from his theme music, but we don’t get much else. He doesn’t get much promo time and we don’t know what makes him tick.

None of this is a knock on him – it’s a knock on the promotion for not giving him more of a window to express himself and develop into a bigger star for them moving forward. I’m aware that the style of presentation I’m asking for is definitely personal preference, and isn’t right for everyone on the roster, but to me, it makes all the sense in the world for truly taking someone like Bey and someone like Ace Austin to the next level.

This past weekend was the biggest of his career thus far as he pulled double duty for Impact Wrestling and New Japan Pro Wrestling (the perks of tape delay). For Impact, Rich Swann and him delivered what was easily match of the night and in different circumstances possibly would have got a **** rating from yours truly. It was very good and easily the best whole performance Bey has had in Impact yet. It showed me how much he’s developed this year and that he’s got all the potential in the world to be a big star.

For NJPW it was his debut and he gave a strong account of himself in the Super J Cup, having a very solid match with Clark Connors to open the show and then a great sprint against ACH in the semis. The pressure was on him to deliver for himself and for Impact and he certainly did.

Chris Bey is poised to break out in a big way in 2021 as a big player for Impact Wrestling. Who knows whether they’ll really tap into what he’s capable of, but he’s someone that I’m definitely investing my stock in as this year draws to a close. 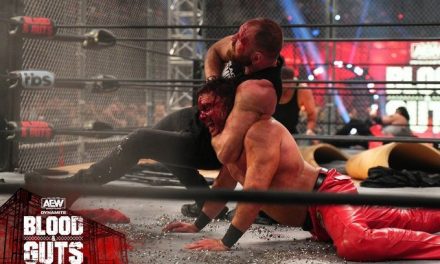 How AEW Evolved From the First Blood and Guts