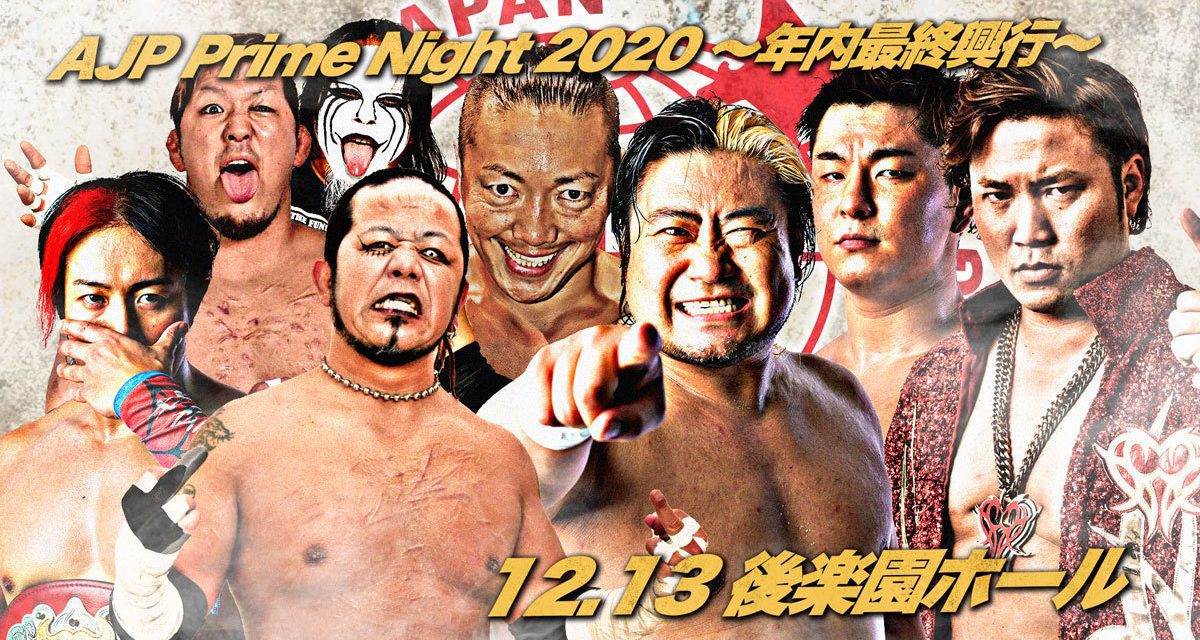 Akira is TAJIRI’s protege, and they have faced each other on numerous occasions. If TAJIRI wanted to make up for all the ill will surrounding Yusuke Okada’s departure, he could have put over Akira here. But he did not. The match itself was not bad, it consisted mostly of grappling and matwork. At least TAJIRI didn’t use any weapons, and despite TAJIRI’s slow matwork, Akira’s selling and fast reversals helped to keep the match interesting. The finish did have some shenanigans as TAJIRI pushed Akira into the referee who did a leapfrog(!) do avoid Akira but that distracted the good Italian boy and allowed TAJIRI to roll him up for the win. While TAJIRI did himself no favors with more silly booking, this match was actually kinda fun if you like matwork while it lasted. **3/4

Zeus made his return here after missing the Real World Tag League due to contracting COVID-19. Zeus as it looks, continued his workout regimen while he was away. Fuchi did his usual comedy spots to Izanagi, and that took up a lot of this match. Later on, Zeus put the Facelock on Honda to get the tap. This was your standard match with Fuchi which you will probably not think much of if you’re not a regular All Japan fan, but I always enjoy them for what they are. **1/2

Despite losing the de facto finals of the Real World Tag League by submission to Aoyagi’s brother, I don’t think it would have hurt Lee here if they had gone five or six minutes. Lee recently had another short singles match against Francesco Akira that was a lot of fun. He works really well against smaller guys.

Aoyagi surprised Lee at the bell with some quick quicks and flying moves, but Lee then took control when Aoyagi looked like he was going for the Firebird Splash but Lee grabbed him from the top rope. Aoyagi got a couple of hope spots but Lee was mostly in control from there. Lee one with the Backdrop. Aoyagi still looked strong despite losing in less than four minutes. This was just lots of fun even if they could have gotten a couple of more minutes out of it. ***

This obviously started with lots of grappling. Ashino played the condescending heel, often tapping Tamura on the head after they had to break up their grapples. Ashino then went to work on Tamura’s left leg. Tamura also did the falling down after an Irish Whip grabbing the leg spot which I always love. Tamura made a brief comeback and while the leg selling got spotty, the crowd got into it with their clapping. Tamura managed to get his Texas Cloverleaf finisher on Ashino briefly, but Ashno tried to roll over into an Ankle Lock, Tamura escaped, but a suplex later led to Ashino finally getting the Ankle Lock in for the tap out. This was a lot of fun, even if methodical at times and definitely Tamura’s best singles match of his career up to this point. After the match, Ashino looked like he was going to shake Tamura’s hand but then grabbed him and threw him out of the ring for a nice heel touch. ***1/2

The six-man titles in All Japan that no one asked for. But given that Carbell Ito was on the winning side here, it makes sense. Carbell Ito is actually Kazumasa Ito, CEO of Carbell, a car rental and sales company that is All Japan’s largest sponsor. Ito is 50 years old, only been wrestling for a few years and does crazy dives. He’s a money mark, but at least he actually tries when he does wrestle. I mean, he’s a better wrestler than CHIKARA. Anyway, I can’t blame All Japan for making these titles for their money mark, especially given they are not running full length tours and probably will not until all pandemic restrictions are lifted. So it is what it is.

This was your standard six-man, with everyone coming in and getting in their spots. Black Menso~re played the whipping boy here for a while. Omori pinned Revlon with the Axe Bomber to win the titles. This was fine. It was nothing flashy but kept moving at a good pace. And right before the end, we got a Carbell Ito plancha off the top rope to the outside. A Gentleman’s Three match to inaugurate these titles. ***

Omori attacked Sato before the bell, but Sato soon took over and started no-selling Omori’s strikes and landed a few stiff ones of his own. This kind of slowed down for a bit but then Omori managed to mount Sato and then just started throwing a bunch of stiff forearms which ruled. Sato then just hit a stiff forearm to knock down Omori and hit a Piledriver for the win. This wasn’t much, but I loved the stiffness. Sato tried to shake Omori’s and but Omori knocked it away and gave Sato the finger. ***

The teams attacked each other at the bell and Yoshitatsu didn’t even bother taking off his shirt and leather jacket throughout the whole match.

Watching this match gave me a lot of feels. Not that I am some fort of FREEDOMS fan, but because this was Yusuke Okada’s last match in All Japan. He even wore an All Japan T-shirt for his entrance instead of his own for this match.

All of the knife and scissor teases from the FREEDOMS boys got countered early on in the match. This actually turned into something pretty decent. The pace was fast and everyone got some shine. Kasai managed to stick the skewers in Okada’s at one point, which is an interesting spot to do on your way out. After a couple of kick outs, Kasai put Okada away with the Reverse Tiger Driver. After the match Kasai got on the mic and challenged Yoshitatsu for a match for the GAORA TV Championship. Then Yoshitatsu got on the mic and said some words to Okada on his farewell. Then Okada got on the mic to say farewell. While I think Okada will land on his feet, I do hope he returns one day even if on a freelance basis, you could make a hell of an angle out of it. ***1/4

Well, a forbidden door was opened here. There has been lots of speculation that none of the Strong Hearts members would show up in All Japan because of its relationship to Dragongate, but here we got CIMA. This was also CIMA’s first appearance in All Japan since 2000 when Toryumon guys were brought in to help fill out the undercard of shows after the NOAH split.

In a bit of a twist from other matches, it was Miyahara here who got worked over in the early minutes of this match. This made sense as CIMA is the outsider and Aoyagi is challenging SUWAMA for the Triple Crown on January 3rd. Miyahara played the role well and the Violent Giants really laid into him. The standouts of this match were Aoyagi and Sato. CIMA despite the hype for his appearance didn’t do that much, not that he was bad. After a Meteora assist from CIMA, Miyahara hit the Shutdown German Suplex on Sato for the win. After the match, Aoyagi and SUWAMA brawled for a bit before being separated. This was a pretty good spring and definitely did not feel like it went 17 minutes, which isn’t a long time, but I thought it went only like ten minutes. While I don’t understand Japanese to be able to understand the post-match promos, I didn’t get the feeling anything said in them by Miyahara and CIMA suggested that the Strong Hearts leader or any of its other members would be definitely returning to All Japan soon. We will have to wait and see. ***3/4

In a vacuum, this was a fun show, though with the departure of Okada, and the booking in the second half of more generally in 2020, All Japan is going to have to get its act together quickly in 2021. The elevation of Yuma Aoyagi is a good sign and coming out of this show there are teases of Masato Tanaka versus Zeus and more participation from Kohei Sato.

There is no question that the pandemic threw a wrench in All Japan’s booking but with the end in sight, even if a couple of more months away, All Japan is going to have to shape up and keep to pushing its young talent if it wants to remain in any way relevant in Japanese pro wrestling.