This week on Wrestling Omakase we wrap up our 2020 tournament coverage with the combined finals of the NJPW World Tag League & Best of the Super Juniors from Budokan Hall, and the last round robin night of the DDT D-Ou GP!

The Wrestling Omakase Patreon is your best source for coverage of Japanese wrestling, from yesterday and today. You can sign up right now and listen to everything from daily audio coverage of EIGHT different tournaments this year across a wide variety of promotions (NJPW, AJPW, NOAH, DDT and TJPW), our 1 Match series looking back at every Tanahashi vs. Okada and Naito vs. Ishii match in order, our 5 Matches series featuring John and a ton of different guests from both VOW and places like the PWTorch as well breaking down some of their all time favorite matches, and a lot more! Plus, check out our brand new series covering every Tokyo Dome main event (not just 1/4 or NJPW!) in order, which kicked off this past week with two episodes: the very first Dome show from NJPW featuring Inoki taking on a giant judoka from the Soviet Union in 1989, and the only Dome show from the shoot-style UWF, just before its epic three-way implosion (which we discuss in detail!). And as a Patron you can vote in our Omakase Year End Awards! You can get access to all of this right now for only $5 at www.patreon.com/wrestlingomakase!

John is joined by returning guest JoJo Remy (@jojo_runs) as they start with some updates on their lives lately (not much to speak of there of course) and bury, uh, one of the two counties they’re currently residing in. Once that’s out of the way they discuss NJPW’s big Budokan Hall show from 12/11 in detail, the joint finals of the World Tag League 2020 & Best of the Super Juniors 27. They go through the whole card in detail, talking all of the big angles building up to Wrestle Kingdom 15, and then of course spend extra time on the two tournament finals, especially Hiromu vs. Desperado (a bonafide Match of the Year contender).

Then they turn their attention to DDT’s final block night of the D-Ou GP 2021, from December 12th. They talk all six tournament matches in detail, breaking down one of the best nights of the entire league: Takeshita’s surprising victory, Akiyama’s far less surprising but still great win, one match that John absolutely hated and ranted about a lot, and more! John then wraps it up with their full top 10 D-Ou GP matches from the entire tournament, in case you’d like to go back and pick and choose only the best matches, and then ranks all the wrestlers in each block by average star rating as well.

Wrestling Omakase #71: Rating Every WCW Year From 94 Through 00 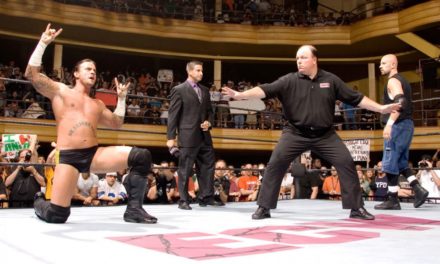 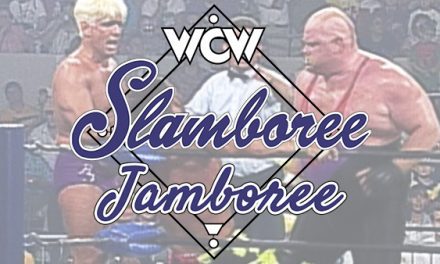