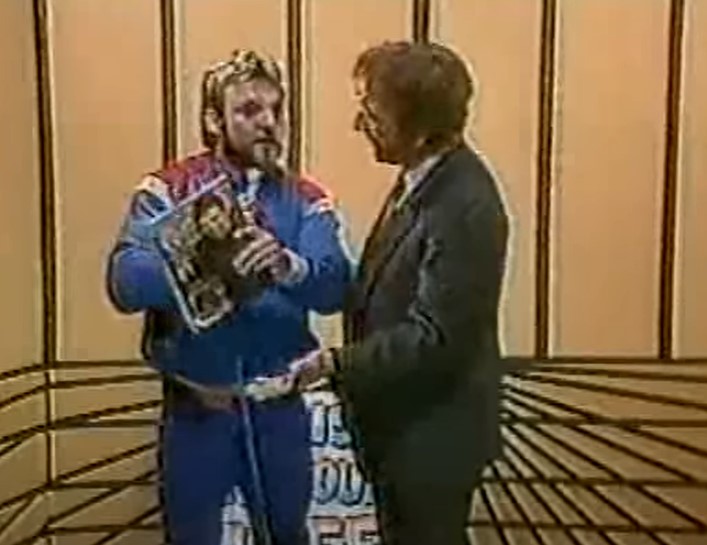 The summer months were often better in Memphis when it came to attendance. With the odd spike here and there (and the odd low attendance in June, July and August), you tended to see the numbers increase as the warm weather began to dominate. Having held the International Title for a relatively long time – for Memphis, at least – Eddie Gilbert’s defeat to Terry Taylor on the 28th December – a Friday show – left him well placed to move up the card and into a prominent position opposite the King of wrestling, Jerry Lawler.

Gilbert wasn’t a proven draw yet and Jerry Jarrett had to reckon with the poor attendances of the winter. Their first match of note came on New Year’s Eve, a contest that seemed to go unmentioned on the first show of 1985, whilst any potential studio show on the 29th of December has largely disappeared into the ether if it existed at all. Therefore, it felt as if things had begun anew when Gilbert showed up in the Memphis studio on January 7. Coming off the back of a 9,000 crowd for the New Year’s Eve show which was headlined by the two men going to a no-contest, Jarrett probably sensed an opportunity to harness some of that momentum. If things were booked right, Memphis could truly hit the ground running as 1984 rolled into 1985.

In his career, Gilbert was no stranger to controversy, nor to angles that skirted the line between real and fake. Having only recently seen his legitimate neck injury turned into a rather tasteless angle on WWF television, a ‘This Is Your Life’ segment for Jerry Lawler saw the shoe on the other foot. What might have been a generic heel interview segment in which he ran down the face and all that they stood for instead saw—with you can only assume Lawler’s permission—Gilbert take some incredibly personal shots at the King.

References to Lawler using and abusing Jim White and “Playboy” Frazier fit largely within the wrestling narrative; references to the death of Sam Bass and Andy Kaufman were closer to the bone. Gilbert placed the blame on the absence of Lawler for the fateful car crash that ended Bass’ life, before suggesting that Kaufman’s cancers were exacerbated by many a piledriver from the King.

In wrestlers like Bill Dundee, Austin Idol and Dutch Mantell, Lawler already had a number of people who could be launched into a feud with him at any time over the next couple of years or even decades in some instances. By going so personal so quickly in the GIlbert versus Lawler feud, Hot Stuff had already established himself as another potentially long term foe. He was young, arrogant and full of himself – reminiscent of a young Lawler and now the King’s perfect foil.

Though a barbed wire match feels like it should be the end of a feud, Lawler’s victory over Gilbert was the beginning of a couple of months that would shape the future of Memphis in multiple different ways.

Ever since his broken leg in 1980, Lawler’s main antagonist had been Jimmy Hart, his former manager who had likened the King to a horse that you took out with a shotgun when it had served its purpose. However, WWF was months away from WrestleMania and the roster expansion had been in full flow since Hulk Hogan’s arrival in 1984. With more shows in more places than ever, the WWF needed talent to fill up the cards. Primarily, they needed heel managers that could draw a crowd into the building based on either their talking or the fans’ desire to see them beaten to within an inch of their life. Hart ticked both of those boxes and was soon being targeted by New York.

Loose associations with “Iron” Mike Sharpe and “Playboy” Frazier came about for Gilbert through his association with Hart, with the former of the two Gilbert’s partner on a number of studio shows and in a tournament for the vacant Southern Tag Team Titles.  Never one to underuse the vacant title angle to try and pop a crowd, Gilbert and Lawler went to a no-contest for the Southern Title on January 28.

When the two men met once more, not only was the title going to be on the line, but additional stipulations were booked: if Gilbert won, Lawler was gone from Memphis for a year; if Lawler took the gold, Jimmy Hart was gone. This was also supposed to be for a year, though any wrestling fans can tell you that Hart was gone for a lot longer than that.

In some ways, the stipulation with Hart foreshadowed the eventual result. At this point in time, there was no way that Lawler was leaving Memphis for that period of time. What was left was for the two men to go out and perform in a match that was worthy of the grand nature of the stipulations.

Running to almost thirty minutes in total at the Coliseum – this length usually reserved for NWA World Heavyweight Title matches – highlights of the action were broadcast on the Saturday television show. Both men hit their respective ‘finishers’ early: Lawler kicking out of a Thesz Press, before Gilbert had the presence of mind to roll out of the ring after an early piledriver. It was the introduction of Hart’s cane that turned the tide in Gilbert’s favor as he broke it over the King’s back, yet was unable to produce the killer blow to end the match in his own favour.

And he gave it his all.

Further cane shots, a bulldog, a second rope splash and the introduction of a wooden table were still not enough to regain Gilbert the gold and save Hart. Neither was Hart’s own interference, pushing the King off of the top rope as he tried to capitalize on a superplex. With both men pretty much out on their feet, a collision sent Gilbert on top of Lawler and left the referee no option but to count. As the hand came down for a three, Lawler shifted Gilbert into a crucifix instead, keeping the shoulders down for a pin and ending Hart’s reign of terror in Memphis.

Having hit such a peak, it was perhaps unsurprising that things somewhat fizzled out. Lawler defeated Gilbert in a rematch, before Gilbert his last few weeks of this run in Memphis teaming with his old nemesis, Lanny Poffo, in losing efforts against The Fabulous Ones. Not that it mattered too much to him – Mid-South was calling and a run under the booking of Bill Watts was upon the horizon. Another territory was about to see what Gilbert had to offer, both as a worker and as a personality.

In the first two months of 1985, Memphis had ran a storyline and seen a roster change that did fundamentally change things for the years to come. By putting Gilbert opposite Lawler in such a personal feud, they had left things open for Gilbert to return opposite King in the future. Unfortunately, Hart’s departure was a significant loss for the company. What had been a golden age of Memphis wrestling with the First Family banging heads with Lawler in myriad different ways was over and the territory never really recovered. It had its highlights, sure, but nothing quite like that ever again. 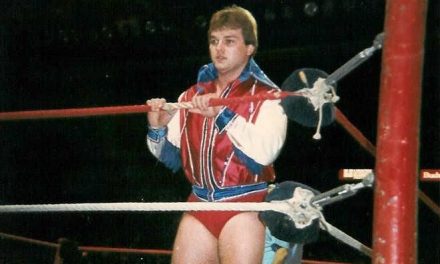 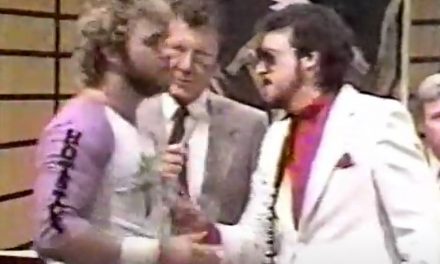 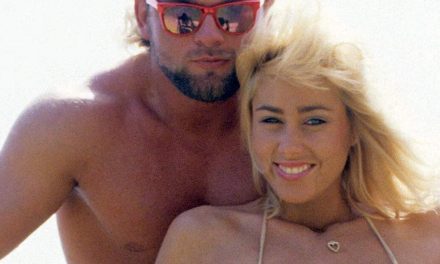