This week on Wrestling Omakase we introduce a brand new retro concept for us as we take a completely randomized look back at WCW Halloween Havoc through the years!

The Wrestling Omakase Patreon brought you coverage of all three major tournaments this fall: the G1 Climax, the AJPW Champion Carnival and the NOAH N-1 Victory. We’ll be right back at it again in November & December with three MORE tournaments: the NJPW Best of the Super Juniors & World Tag League, and the DDT D-ou. The only way to hear all of our daily coverage will be to subscribe! Plus, you’ll get to hear our exclusive full-length episodes like a great 5 Matches episode we did last week with Mike Spears (EE/OTVG), all of our 1 Match episodes covering everything from major NJPW feuds to 90s joshi to deathmatches to WAR and much more, ANIME OMAKASE, etc. You can get access to all of this and more right now for only $5 at www.patreon.com/wrestlingomakase!

John is joined by returning guest & VOW contributor Gerard Di Trolio (@GerardDiTrolio) for the start of a new episode format: Retro Roulette! Instead of just picking five old matches ourselves like we do on the 5 Matches episodes, in this case, we’ve come up with a theme (WCW Halloween Havoc PPVs, for obvious reasons) and then let the randomizer gods choose six random shows, and then one random match from each of those shows. Here’s what we ended up with. All can of course be found on the WWE Network, along with many other illicit places I’m sure:

Topics that come up along the way include: DID WCW EVER BOOK A SINGLE CLEAN FINISH IN ITS HITSORY, Tony Schiavone eats some kids, sometimes old stuff doesn’t really hold up, adventures in ripping off the Big Bossman while trying not to get sued, THE MONSTER MENG just gets his ass kicked, why were these WCW 1995 storylines so convoluted and confusing, the awesome nWo set-up at Halloween Havoc ’96 and how it really made that storyline work right off the bat, Jarrett sticks and moves against Giant, our only big disagreement on match quality, don’t watch Bret Hart vs. Sting based on those two names and expect it to be good, Bret won’t wear the nWo shirt (and also won’t try), Sting knocks himself unconscious, WCW crowds in 1999 sure hated mat wrestling, Eddie and Saturn were both pretty great, and a whole lot more. 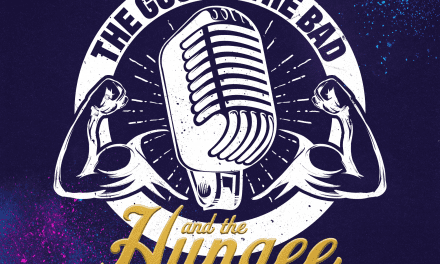 The Good, The Bad & The Hungee: AEW Rampage Is Good Again 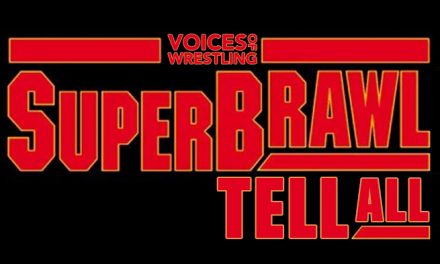