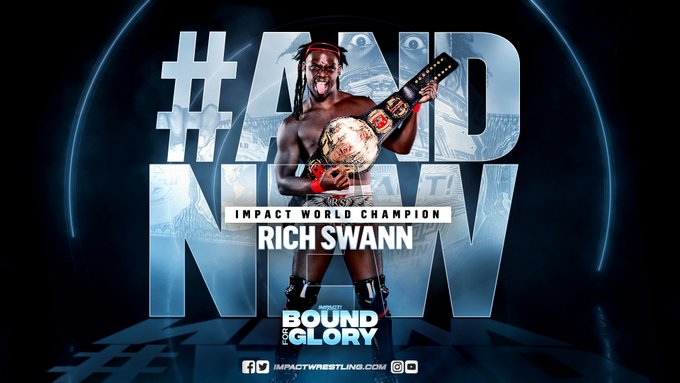 Impact Wrestling’s biggest pay-per-view of the year, Bound for Glory 2020, took place this past Saturday (October 24) at the Skyway Studios in Nashville. In the main event, Eric Young defended the Impact World Championship against Rich Swann. On commentary were Josh Mathews and the returning Don Callis.

This is going to be a recurring theme throughout this review but people’s mileage will vary on this – some have scramble fatigue and some absolutely love them. While there wasn’t a huge flow in this match beyond move to move and high spot to high spot, there was a clear story – Rohit Raju being crafty and trying to retain his title via the path of least resistance. He kicked off the match by rolling to the outside and then most of his actions after that were him diving in to try and steal a pin or save the match.

There were a couple of bumpy moments along the way but overall I thought this was a good, fast-paced opener that didn’t overstay its welcome. After throwing Grace to the outside, Rohit broke up TJP’s cover on Trey and pinned him instead to extend his title reign. All hail The Desi Hitman. ***1/2

The story coming in was Rhino and Heath battling to not only secure a title shot but also their Impact contracts. It didn’t quite go the way I anticipated but in the end, Heath’s story arc since Slammiversary had a happy ending as Rhino won the match, starting at #1 and last eliminating Sami Callihan.

Assessing these sorts of matches is always difficult, as they have a definite ceiling and inevitably long run time. Likewise, most of the viewer’s enjoyment comes through the anticipation over a winner and the potential surprises during the match. Well, we got three returns in the match – Daivari (who might be the most jacked guy in the game), Swoggle and James Storm (is he back properly?). How can you have room for Swoggle and not Johnny Swinger?

Otherwise, it was fairly plodding. XXXL had some good teamwork spots, Tommy Dreamer did a nice Road Warrior Animal tribute and Brian Myers looked strong with a number of eliminations. One thing that particularly annoyed me was Hernandez just leaving to chase off Fallah Bahh – technically he was never eliminated so the match isn’t actually over…

Rhino pinned Callihan after a Gore to win the match but the celebrations were muted as Heath got legitimately injured after taking a boot to the midsection from Myers. **

Cinematic matches are always going to divide opinion. While I’m personally overseeing them this year, I also tend to actually quite enjoy them. That’s probably because they offer a change of pace and I tend to view them on a different scale to wrestling matches. Star rating whatever this was is even more subjective than wrestling ratings so if you don’t agree with me, cool.

As a bit, this worked for me. I thought their feud went on too long and was far too corny but as an end product, this surpassed my expectations. EC3 looked fantastic and the action itself was fine. It wasn’t a match but it didn’t make any real pretense of being one. EC3 explained to Moose what he wanted to achieve and forced Moose to show a more aggressive streak than he’s projected over the last year. EC3 went to hit the One Percenter but he got flashbacks to his previous tenure in Impact, leading him to stop. That allowed Moose to get the upper hand and eventually the ‘win’ after knocking EC3 out with the title belt. ***1/2

Prior to the match, we got footage from earlier in the day of The Rock inducting Shamrock into the Impact Hall of Fame. A very cool moment indeed.

.@TheRock is here to honor The World's Most Dangerous Man @ShamrockKen.#BFG2020 pic.twitter.com/8NjzmFQpMu

While this probably ran a couple of minutes long and I could have done without the distraction finish, this was a solid singles match that fell just short of the gentleman’s three.

Shamrock went with the MMA style to start, trying to blitz Edwards in the corner and then grounding him in a half-crucifix position. Edwards eventually transitioned out, landing some elbows from the top before we had an ankle lock tease. The longer the match went, the more it became a traditional wrestling match with Edwards hitting a Blue Thunder Bomb, a dive to the outside and the Backpack Stunner. The finish came when Callihan turned the lights out. While Edwards cleared him from the ring, it was enough of a distraction for Shamrock to synch in the ankle lock and get the tap. **3/4

It would appear that Alex Shelley was injured coming in, as The North attacked him and Chris Sabin before the bell. Josh Alexander hit a double underhook piledriver on the entranceway, and from there Shelley was escorted to the back. It seemed weird that they didn’t do a stretcher job for a potential knee or neck injury, but that was just one of a number of weird moments on the show.

From there, the story of the match was Sabin having to go it alone to retain the tag team titles. He took a beating early on from The North and Ace Austin/Madman Fulton before getting the hot tag to Karl Anderson. The action all broke down before we settled into a similar pattern, Sabin getting worked over by the two heel teams before tagging in The Good Brothers. After clearing Madman Fulton to the outside, Gallows and Anderson went for The Magic Killer on Alexander, only for the Canadian to reverse and then block Anderson’s Gun Stun attempt. Alexander kicked out of a roll-up attempt, allowing Ethan Page to hit Anderson with the belt on the rebound and Alexander to then get the pin to make The North two-time tag team champions.

I was looking forward to this a lot coming in but I felt a little disappointed afterward. Sabin worked hard but the format of the match was a little convoluted and it never quite hit that top gear. Still, it was good and had a surprising finish. ***1/2

Oh boy, where do you even start with this mess?

Deonna coming out first indicated something was awry, and then those suspicions were confirmed when Kylie no-showed her music. Deonna said she wasn’t shocked Kylie hadn’t shown up and called for an Open Challenge, which was promptly answered by Su Yung, who hasn’t appeared under that gimmick in Impact for several months.

Having to change direction for the title match isn’t ideal, but it’s a surmountable situation. If the promotion knew Kylie wasn’t wrestling for whatever reason (injury, COVID, no show), then doing the open challenge was fine. However, the sheer false advertising beforehand, where the promotion played the video package as though nothing had changed, was disgraceful and really stuck in my craw.

The match itself was fine. Su Yung dominated early with strikes and a twisting backbreaker on the apron before Deonna was able to grind her down and turn it into a more technical wrestling battle. After hitting the Pedigree, Su looked to attack Deonna with the mandible claw. That led to a ref bump and the finish. After forcing Deonna to break the Venus de Milo with the mandible claw, Su no sold three pump kicks, hit a stunner and then the Panic Switch. ***

The result makes me think Kylie was supposed to win here, but giving it to Su without any real story behind it is quite the WWE move. The big question now is what the promotion does with Kylie.

Post-match it was announced that Impact is bringing back the Knockouts tag team titles and that the new champions will be crowned at their next PPV, Hard to Kill, on January 16, 2021.

BREAKING: You've asked for it – the Knockouts Tag Team Titles are BACK!

The new champions will be crowned on January 16th at #HardToKill! #BFG2020 pic.twitter.com/mgzhVw7Fnd

This was the best-built match on the entire card and rather unsurprisingly the best on the whole show when all was said and done. Young has been pitch-perfect since returning to the promotion and he had the prime foil in Swann, someone who has always thrived as the underdog babyface.

Young immediately went for Swann’s right ankle, the center point of their whole feud since Slammiversary, only for Swann to dive over his first two attempts. Young snagged him on the third go but Swann broke free, catching him with some offense before diving to the outside. Momentum changed when Swann tried to attack Young on the outside, with Young backdropping him onto the apron head first.

From there they sold the neck injury – Young now had two targets and zeroed in on them, immediately getting Swann back into the ring and hitting him with an avalanche wheelbarrow neckbreaker. He then repeatedly attacked the neck with holds, strikes, and stomps. Even Young’s execution of a Death Valley Driver was slightly angled to focus more on the neck – it’s the small things that have made his return so strong.

Eventually, Swann fought back, winging punches at Young and charging across the ring like a prime Antonio Honda. You had the excellent visual of Swann spitting out blood in his saliva as he landed a suplex off the top and got a near fall after a brilliant Frog Splash.

Young went off the top with a big elbow drop before locking up both a crossface and an ankle lock. Swann got to the ropes both times but Young was relentless, tying him up in the tree of woe in the corner and attacking the ankle. His third assault wasn’t the charm though as Swann sprang out into a stunner and then went up to the top rope for a Phoenix Splash and an emotional 1, 2, 3. ****

A superb match and the perfect feel-good ending to a mixed bag of a PPV. Young delivered for the second successive show in the main event, while Swann has been one of North America’s best wrestlers for a while and this was an excellent performance from him as well.

Bound for Glory was a mixed bag. After the highs of Slammiversary, and to a lesser extent Victory Road, that has to be seen as a disappointment. There was nothing objectively bad on the show but there were some odd moments and a lot of things failed to hit the heights I’d expected. The main event was excellent though, and I’d recommend you check it out, but Kylie Rae’s no-show, for whatever reason, is going to be the biggest story coming out of the event. 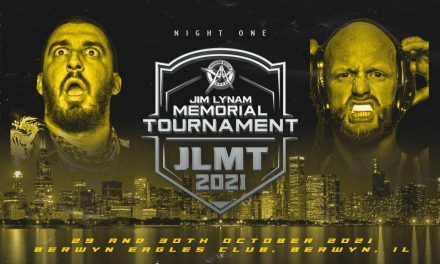 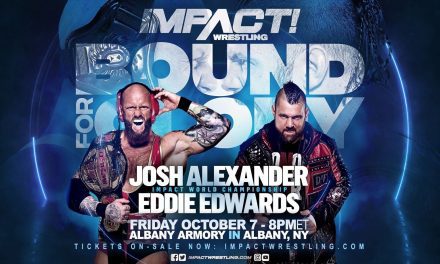 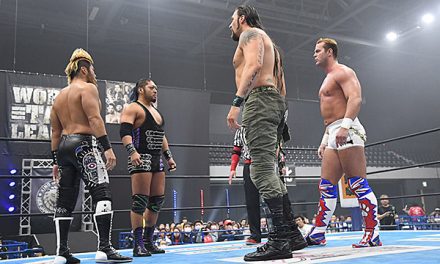