This week on Wrestling Omakase we break down the last two nights of the G1 including the controversial B block finals and the divisive overall final, then give a full review of everyone’s tournaments, breaking them down wrestler-by-wrestler!

The Wrestling Omakase Patreon brought you coverage of all three major tournaments this fall: the G1 Climax, the AJPW Champion Carnival and the NOAH N-1 Victory. If you haven’t been following along it’s all archived up there for you right now if you sign up, including our A block final audio with a special guest! Plus we’ll be getting back to great retro coverage coming up soon, and next week it will be the only place to hear an Omakase episode at all since we’re taking the week off here on the free feed. Finally, we’ll be covering three MORE tournaments in November & December: NJPW’s World Tag League and Best of the Super Juniors, and DDT’s D-ou! You can get access to all of this and much more right now for only $5 at www.patreon.com/wrestlingomakase!

John is joined by returning guest Todd Martin (@ToddMartinMMA), making his debut here on the free feed after an earlier Patreon episode. John and Todd start by talking about interesting ads during election season before getting right into the G1 action. They review the B block finals from Saturday and the final night from Sunday, covering all the matches on both shows with a lot of thoughts on SANADA and EVIL in particular. They also discuss some of the many matches being teased for the upcoming Power Struggle tour. Finally, the show ends with our full G1 Climax 30 wrap-up, as John and Todd each list their ten favorite matches of the tournament and John ranks all 20 wrestlers by their average star rating (yes, real nerd shit here) with Todd giving his thoughts on each of their tournaments as well. A fun end to a fun G1! 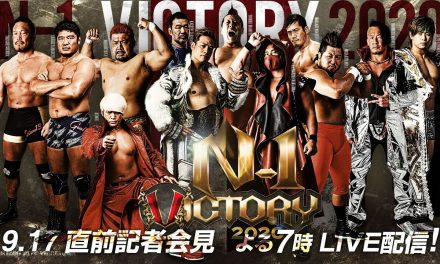 Wrestlenomics Radio: The bill’s coming due