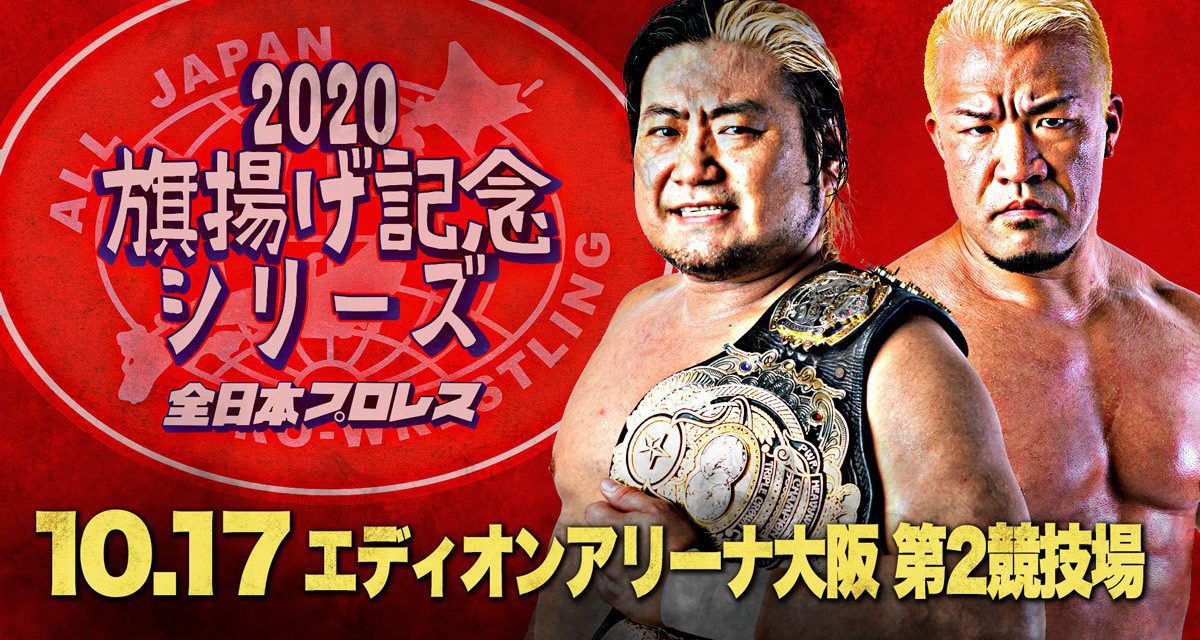 Hokuto is starting to put on some mass, which sometimes is not easy to notice as he regularly teams with the likes of Ashino, Arashi and Doi but it was very noticeable here. He looked significantly bigger than the other participants in this match, who were mostly young local talents. While they did well Hokuto was just clearly a step above them in every way. As such he dominated this match and won in fairly easy fashion. A decent opening match.

Aoyagi is continuing to improve his high-speed flying offense, which is a nice counterbalance in a normally grapple heavy All Japan Junior division. Iwamoto still feels like he is not taking his title challenger seriously and dominates Aoyagi early on. Akira comes in on a hot tag and goes so fast that he nearly slides out of the ring on a sling blade.

Aoyagi gets some nice nearfalls with some top rope moves as Iwamotos cockiness is catching up to him. He did not take Aoyagi seriously and it nearly costs him the match here. Though his tag partner bails him out as Tajiri saves him a couple of times. Then Tajiri gets a roll up on Akira as his team manages to just about escape with the win. A great high-speed tag and likely the best match on the show.

The rules for this one are really easy. Whoever gets the win for their team becomes champion, but the only way to get the win is to eliminate the captain of the opposing team, Yoshitatsu and Black Menso-Re, respectively. Everyone else can get eliminated from the match as well but their elimination will not end the match. You can eliminate someone by pinfall, submission or throwing them over the top rope and to the floor. At least I assume those are all of the rules but I am not sure since Okada tries to pin Yoshitatsu despite both of them being on the same team. That might have just been Okada being confused as well.

Of course, Okada ends up being the first one eliminated as his relentless burial just continues. I hope his fortunes will turn around next year and he will get the push that his talent level deserves. We get a very rough sequence between Chikara, who is not very good, and Takao Omori, who is very washed, which ends with both of them eliminated. This leaves Tatsu in a two on one disadvantage but like the true WWE style babyface he is he manages to rally and gets the win after some miscommunication on the opposing team. This was not great but it was not horrible either, which all you can really ask for from a match like this. Did not overstay its welcome either, which was nice.

Instead of fighting for the Triple Crown Jake has been relegated to Young Boy stretching duty. As expected Jake is in control for most of this match but Honda gets one burst of offense where he gets to show off his power. Given his theme, it is only appropriate that he uses a Boston Crab. A fun sprint and Jake showed more fire than he did in most of his Champion Carnival matches.

This was a good tag match and one of the better ones on the show. Ashino and Hikaru with some good exchanges to start off and I would not mind these two in another singles match at some point since they had a fun encounter back in August. Afterward Dan is trying to take down Kuma Arashi and almost succeed. Alas, he is ultimately unsuccessful and is subjected to a beatdown by Enfants for his troubles.

Then Shuji is getting the hot tag and just runs roughshod over Ashino, though he gets clipped in the leg as Arashi tags back in. What follows are some very impressive strengths of feat by Arashi who just deadlifts Shuji like hes nothing. One of the focuses of these recent Enfants tags has been to put over Arashi to rebuild him after he lost almost all of his Champion Carnival matches. As such he gets to dominate the rest of the match and gets the pin as well. Noticeably he pinned Sato and not Dan, which is an interesting wrinkle.

Finally the long-awaited return of Bodyga to in ring competition. He got badly injured in November last year where he tore his quad mid match and still went to a thirty minute draw in a Real World Tag League match against Zeus and Ryouji Sai. That certainly did not help his recovery process, though he managed to come back relatively fast from that, especially considering his age.

That said this match was not very good. It was overly long and did not involve a lot of actual wrestling. No one in the match seemed to be motivated and particularly Kento was just fucking around. The highlight of the match was a pose off between Bodyguard and Hayato. While Hayato has an impressive physique he is no challenge for Bodyguard and his chemical assistance. Not much of a match.

This match was not good and a massive disappointment for me. I went into this match with high expectations. Their Champion Carnival match was kept deliberately short to not give away too much and otherwise, these two had not faced off since 2018, which by All Japan standards makes it a fresh match. It did not live up to those expectations.

Especially early on the match just felt like a boring slog. Suwama was lumbering around the ring while Zeus was attempting to work him over. Suwama is generally best when he is on offense and that was not a common occurrence in this match. This match felt like it lacked heat and it did not feel like either man really badly wanted to win this match.

It did pick up a little bit towards the end but I have seen better from each man. It just was not enough to make up for the low effort first half of the match. There is no obvious next challenger for Suwama but with the Real World Tag League kicking off soon we are unlikely to get another Triple Crown match this year anyway.

This show put me in a bad mood. Most of the undercard was good to fine but the top two matches both underdelivered. I was especially disappointed by the main event. You can safely skip this show. Let’s hope All Japan can pick back up during the Real World Tag League. 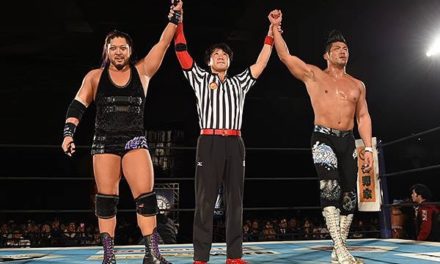 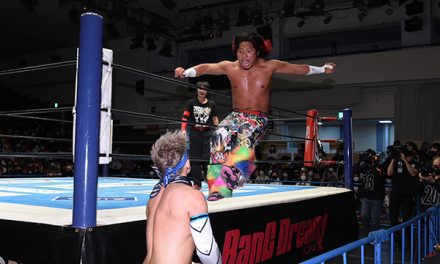