Effy’s Big Gay Brunch Was The Meal I Needed 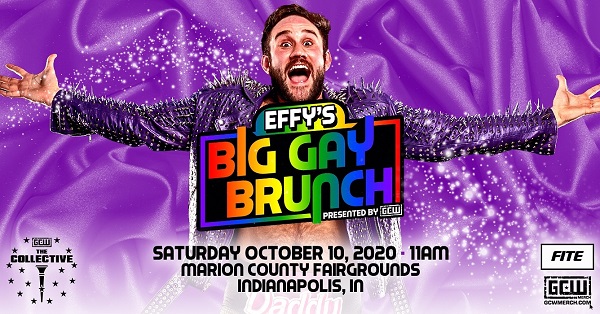 I’m going to open up and get personal to begin this article.

I am Bisexual and Transgender. At the time of this article, I am a week away from hitting two months of hormone replacement therapy. I am transitioning MtF. I love dressing up in costumes, outfits, and just being as cute as possible. I go by They/Them and She/Her. I’ve only been out (to various degrees) for about a year. It took me years to come to terms with who I was and then more time to be accepting of myself. I live in a small conservative town in the south. I was raised by a conservative Christian family and all the values and worldviews that come along with it.

I have experienced many anxieties about being Transgender/Bisexual due to location and family. I’ve been battling them/fighting them on a continuous basis. I’ve successfully confronted some but others still remain. I still present extremely male a lot of times while I’m out in public. Part of me is still afraid and scared of confrontation and potential blowback. Neither set of my Grandparents know. They would potentially have nothing more to do with me. My Mom and Stepdad both know I’m Bisexual and Transgender and they for all intents and purposes try to ignore and dismiss it. Mom has even gone as far as to say it’s all in my head and I’m letting other people influence me. When Daughter Appreciation Day came along she listed people she wished she had as a daughter because “all she had were sons.” She claims I only do this because I want a place to belong and fit in and I’ve never felt I had one.

In a very odd, roundabout, and misinterpreted way, she’s correct on one point. I do want a place to belong and fit in. I don’t always find it easily and I don’t find it often. She’s wrong with the “I’m only doing this because” part. I’m not pretending to be someone to do this, I am trying to be me and want a place that allows me to do this. It’s frustrating and aggravating that I sometimes feel trapped and can’t. While my friends are extremely supportive and offer safe spaces, it doesn’t change that sometimes I feel on an island to myself. That I can’t express, be, and be comfortable with who I really am. I have people in my life who say they love me only to then turn around and vote for Anti-LGBTQIA+ politicians and policies. My depression and anxiety that I’m diagnosed with are often worsened by these conflicts and at times it can be a nightmare.

Maybe that’s why I found myself hesitant to watch Effy’s Big Gay Brunch. That struggle of not being who I really am attempted it’s best to pull me away. That imposter syndrome tries to sneak in. That bit of fear that those accusations I’m a phony, I’m a fraud about my identity, my sexuality, my gender were correct. When you are constantly made to deny yourself you start unfortunately convincing yourself it’s the truth. But the show looked fun, the show looked like a good way to spend the morning (I watched it the day after it aired), and most important, representation matters. That needs to be supported and highlighted and recognized.

I’m glad I watched it.

For two and a half hours I felt welcomed and comforted by people I have never met before. Both performers, crew, and audience alike. There was an atmosphere of fun, appreciating, admiration, acceptance that just did my soul good. I felt lighter on my shoulders as doubts and fears lifted themselves off of me. It may sound ridiculous to those that refuse to attempt to understand. Perhaps I am putting way more importance on a wrestling show held on a weekend that 11 other shows happened. Please try to listen and understand. I got to see showcased, highlighted, spotlighted people of many walks of life. Sexualities/Genders/Lifestyles weren’t just presented and on display front and center but respected, loved, admired, appreciated. This to my mind, my soul, was a hot bowl of warm soup that I savored.

Match ratings aren’t important here and I’m not going to do a match by match break down. I didn’t come into this show for work rate, star ratings, or recommending matches over others. I have my up and downs and things I enjoyed and didn’t. That is true of any wrestling show. but I’m not going to break it all down and critique. Everyone shined in their own ways, everyone got moments in the sun and everyone contributed to the fun. No one was the bummer, the sourpuss, the sore thumb sticking out. This isn’t a show you comment “watch this but skip this” on everything. This is a show that for two hours and a half hours you just take in and go with it. Let it sweep you away in it’s an unapologetic display of the LGBTQIA+ community.

There was straight-up wrestling, there was chaos, there were comedic moments. Still Life and Dark Sheik had a fun and good wrestling match. There was a chaotic and wild eight-man tag. Allie Kat got the vapors from Jamie Senegal (and I can’t blame her!) Parrow hunted and eventually fell to the Twinks! Marko Stunt showed up and engaged in absolute ridiculousness with Effy. Then finally there was an absolute legend in Cassandro standing in the ring with someone I adore so much in Sonny Kiss. It was such a cool moment. When the show concluded everyone came out to celebrate and belonged, and stood together. They showed that we are here and we aren’t going anywhere and damn it we want to live our lives and exist and get booked and be allowed to perform for fucks sake. Pronouns were respected, at times corrected when mistakes were made. It was a melting pot of love.

As the show came to a conclusion I realized I watched it on International Coming Out Day. Even though I am out to various degrees, I came out once more and announced it all again. Only now with an added bit of confidence and determination that might have been missing the first time. I don’t contribute that completely to this show. It’s been over a year of growth, change, and discovery. This show though helped me reaffirm and remember that there is a community. It’s thriving, fighting, marching, shouting to demand representation and make it be known we aren’t going anywhere. They welcome you with open arms and big hearts. And knowing that this exists in my favorite form of entertainment is fantastic and means a lot. Representation matters and for two hours and thirty minutes I was represented to the high heavens. Divine.

This was a wonderfully fun show.

A worthwhile Brunch to sample and enjoy. A beautiful feast that celebrated, appreciated and welcomed all to have a seat. I watched it all meld together into a wonderful picture of unity. It’s a feeling not many wrestling shows achieve or give off. This one did. Maybe I’m being dramatic, maybe I’m being over the top, maybe I don’t give a shit. I didn’t realize I needed this show, and now that I watched it I want another, and another, and another. Effy’s Big Gay Brunch was delicious, and not only do I want seconds, but I also want to go there. I wish it hadn’t happened in the midst of a pandemic, but I am happy it happened all the same. When the pandemic decreases enough for me to be comfortable I want to experience this firsthand. 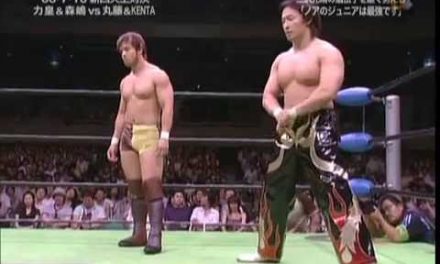 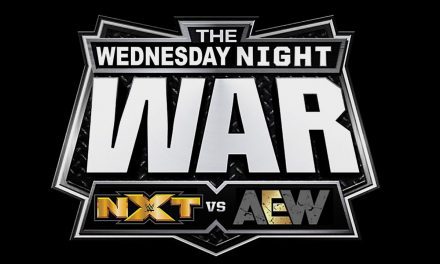 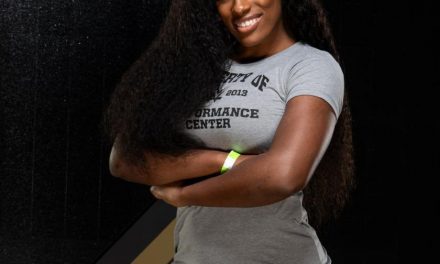 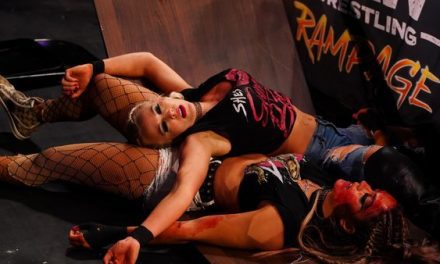