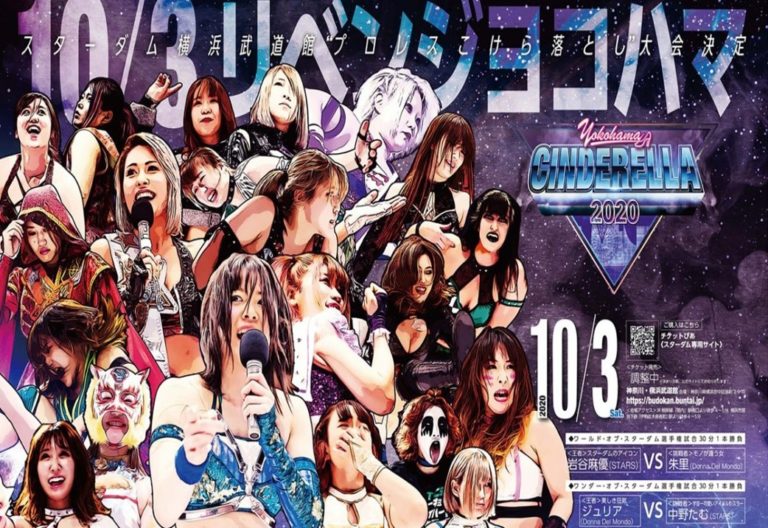 Stardom finally makes their debut at Yokohama Budokan after COVID-19 caused the cancellation of their previously scheduled debut.  We’ve got one of the most loaded cards Stardom has run all year with two surprise debut/returns, a faction disbanding and a number of title matches including the presumed blow off to the Tam Nakano vs Giulia feud.  Stardom is stepping up in a big way and they have to deliver here at their biggest event in years.

This match wasn’t worked like a standard opener, they delivered a title match that you would expect to see later on the card.  It wasn’t heavy on the high speed interactions that we usually see from them in tag matches instead they delivered a back and forth contest that was more akin to a regular match than a high speed contest.  The pressure must have been ramped up for these two young women to go on first on this stage and yet they managed to deliver a pretty good title match.  Both continue to grow and we’re seeing more and more new moves being incorporated into their movesets as they continue to establish themselves as regular roster members.  These two are the future of Stardom and one day we may see them return here in the main event spot  ***1/2

Shirakawa makes her debut not long after leaving TJPW.  Stardom’s roster continues to grow but Shirakawa didn’t show me a lot in this match.  This was worked more like a standard opener than the AZM/Kid match and Hanan impressed me more than Shirakawa did.  It’s too early to judge as Shirakawa will have to adjust to a different house style in Stardom and she did deliver a solid match here. **1/2

This match was the Saya Iida show.  She debuted a new look, i.e she dyed her hair partially green and I’m still undecided on whether I love or hate it, she then got to look good in her exchanged with Manase.  And finally, she got the pin and beat Sumire with a northern lights suplex.  It would appear that Iida is getting some sort of push and it’s overdue for gori-chan who has been consistently good ever since she debuted, her poor GP aside.  Outside of the spotlight on Iida, this was a solid tag match that likely won’t be remembered by the end of the show. ***

Natsumi Maki is the newest member of DDM and has the obligatory name shortening to fit the one name theme of DDM members.  Natsupoi will be the High Speed representative of the team which based on this match she can pull off pretty well.  DEATH is as consistent as they come and as a former High Speed Champion a win over her immediately gives Natsupoi credibility as a High Speed division performer. ***1/4

I’m glad Watanabe was given a big singles match on this show as Stardom has really cycled her down the card a bit since she dropped the Wonder title to Arisa Hoshiki.  Of course, since it’s 2020 she lost as she does far too often but a singles match is a singles match.  As a match it was good.  Priestley did limb work before Watanabe made her comeback.  I can’t blame Stardom for giving Priestley the title as the rules of the SWA belt meant that Watanabe would have no eligible challengers and Oedo Tai could do with some gold even if it is on Priestley. ***1/4

NO RULES – LOSING FACTION MUST DISBAND

Even if you weren’t spoiled going into this match you could tell what was going down the second Konami made her entrance, not that I blame her though as this whole ordeal must be emotional for everyone involved.  This match was just an absolutely nasty fight with plenty of weapons involved which allowed Oedo Tai to go full menace, it made for a very good match that built up to the climax which saw Konami break a chair over Kyona’s head and turn on TCS.

Between Priestley winning the SWA Championship and now this big moment Oedo Tai has a spark that’s been missing from them for a number of months.  If they can avoid falling into the trap of having them lose every other match by DQ this could be a huge launching point for the faction.

Jungle Kyona is once again back at square one after losing her faction.  She is an incredibly sympathetic figure thanks to her numerous setbacks.  Of course, as we know now we likely one see Kyona for the next year or so as she ruptured her ACL and has an issue with her shoulder.  When she comes back Kyona might be the hottest thing in Stardom and if done right her vs Konami could be a headlining feud.  ***1/2

Once again this was the Saya show, except this time it was Saya Kamitani.  SHE WON WITH A PHOENIX SPLASH!! Ok with that out of the way, as far as first defences go everything about this was done perfectly.  Himeka and Maika were booked so well in the 5STAR that beating them makes Utami and Saya look really great.  The back end of this match was basically a Maika vs Saya Kamitani singles match and that was a smart choice given how well those two have gelled in their previous matches, so once again Saya looked good in the lead up to pulling out the Phoneix Splash for the win.  Stardom went to great lengths to make Kamitani look like a stud with this match and they accomplished their goal.  ***1/2

It’s going to take a lot for Mayu vs Syuri to top this one as MOTN.  This reminded me of the Giulia that made me a fan during the Cinderella tournament as she was just absolutely ruthless and you felt she would do anything it took to defeat Nakano.  Nakano gave her the fight of her life and the two will no doubt be nursing some wounds after this one.

This match, and the GP one, saved this feud for me and after their disastrous first match they’ve thankfully figured out what works and have put on two very exciting matches to cap off their feud.  Giulia will head into her next challenge coming off a big win and Nakano comes away looking good after taking Giulia to the limit in such a spirited effort. ****1/4

Iwatani gained a hard-fought victory here over Syuri in a match that really felt like a war.  This went 28 minutes and both were weary and beaten by the end but Iwtani overcame the challenge of Syuri to continue her reign and send her on the path to a rematch with Takumi Iroha.

Stardom has been entering the realm of doing these longer matches lately between this, the 30-minute draw from Korakuen, and the number of 20 minute draws we saw in the GP.  If they’re going to continue this trend then Iwatani should hold onto the title a bit longer as she’s one of the only wrestlers I trust on the Stardom roster to make the jump to these longer main events seamlessly.  Where they need to have caution is avoiding the issue that NJPW has where the first 10 or so minutes of these matches are just padding to get the time up.  ***3/4

The best thing I can say about this show is that it felt like a big deal.  The production was top notch all night long, people debuted new looks or new gear, and we had the two debuts as well as TCS disbanding.  This show clearly meant a lot to Stardom and they presented their product incredibly well.  In many ways this felt like an NJPW show, for better or worse, they had the good cameras and the darkened crowd which is a contrast from Stardom’s usual brightly lit venues and crowd.  The performers also played their part as almost every match was good and the top 2 matches delivered big time.  Coming out of Yokohama Cinderella it’s clear that Stardom isn’t here to play and that Bushiroad is serious about making this company a big success. 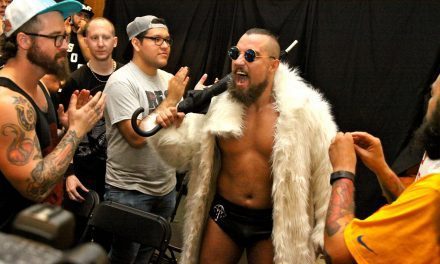 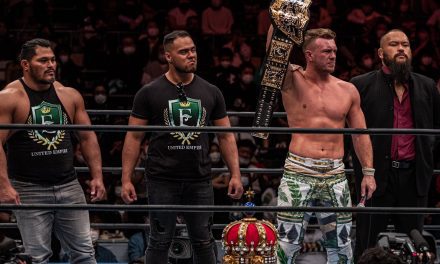 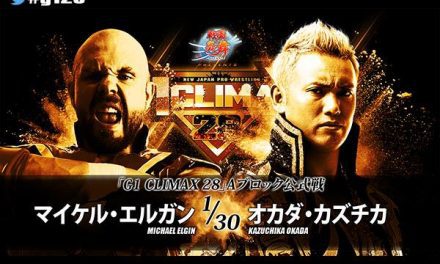 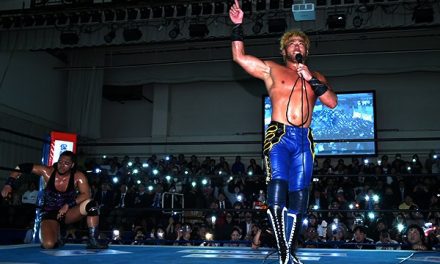