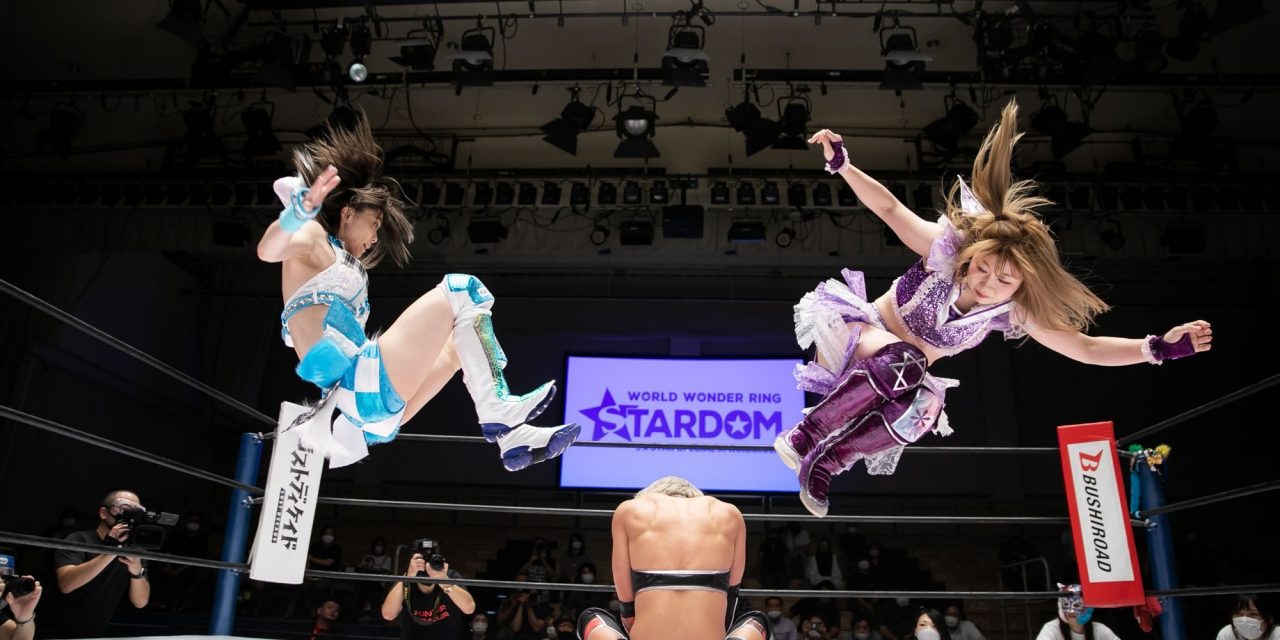 Stardom returns to Korakuen Hall for 5STAR SPECIAL in Korakuen despite this show having nothing to do with the Grand Prix.  This show feels like a pit stop on the road to Yokohama Cinderella since there’s no title matches or really any big-time singles matches.  Despite that Stardom has a strong lineup for this event with Tokyo Cyber Squad battling for survival, Takumi Iroha returning with some of her Marvelous roster members, and the Yokohama preview tag match in the main event.

Another strong showing from Hanan as she fought hard against Riho who was never in danger of losing.  Riho even looked better than she has in recent showings.  Not as good as Hanan’s match with Momo but still a good opener to the show ***

Priestley’s return to Stardom has not gone down well, to say the least.  After being named alongside Will Ospreay in SpeakingOut her presence in Stardom is a reminder that Japanese companies have largely failed to make positive strides following the movement.  Stardom going out of their way to protect her from online slander in ways they’ve never done for their Japanese talent has also reflected poorly on them in many fans eyes.  Regardless, what I write here will have no bearing on Stardom’s decisions going forward even if she is a very offputting presence for me so I will do my best to review her matches as objectively as possible.

This match on paper had me worried as Kamitani had not impressed in the GP and Priestley has never been the strongest heel worker.  Despite that, they managed to exceed expectations and deliver a passable match that didn’t stand out for being too bad.  Priestley as always played for heat to a crowd that cannot give it to her and people didn’t seem to get into the match until Kamitani woke them up with her comeback.  Again, decent match, but a predictable one. **1/2

These girls had an uphill battle to stand out as most fans could have told you how this match would play out before it even happened.  Despite that, they all worked hard and delivered a good match despite the predictable finish and match layout.  Maika and Himeka worked well together while working over Iida and Kid did well coming in off the hot tag. Most credit goes to Iida and Maika though who carried the workload down the stretch and had a good mini-match that got me excited for an inevitable Future Of Stardom title match between the two.  Maika pinned Iida to get the win as her and Himeka pick up some steam ahead of their tag title match next weekend. ***1/4

IF TCS LOSES THEY MUST DISBAND

Where to start with this one.  To get it out of the way the work was actually good.  Oedo Tai were working as a unit and causing all kinds of problems for TCS and as they started cheating it felt like we were building to the dramatic finale of the match.  Instead, Oedo Tai just got themselves disqualified….again.

This is just terrible WWE playbook booking where nobody gets over and they make their own stipulations lose credibility because guess what? We’re doing this all again at Yokohama Cinderella! Except this time in a no rules match with both factions on the line.  Thankfully, Oedo Tai can’t just get DQ’d this time so we’re guaranteed a finish but after all the hoops they jumped through to get there I just don’t really care who loses anymore.  Again, the work was good, but the booking once again takes a lot of the shine off an Oedo Tai match. ***

This was a fantastic match between two amazing sets of wrestlers.  The match wasn’t your typical bodies everywhere multi-person tag it focused heavily on personal confrontations like the ones between Iroha and Watanabe, Kadokura and Hayashishita, and most importantly AZM and Hoshzuki.  This use of personal conflicts kept the match fresh as new pairings would take the reigns and continue where they left off previously.  Another slight thing I noticed was that team attacks involving all three members were mainly used by QQ, which makes sense given the Marvelous trio aren’t a regular trios team, although we did see Iroha and Kadokura showcase their teamwork as they are, in fact, a tag team.

The result was quite surprising as Mei Hoshizuki pinned AZM.  I, and most people, expected Hoshizuki to be there to take the fall as she is still in her “rookie”/”young lion” phase of her Marvelous career but they gave her the surprise win here to set her up as a future challenger for the High Speed Championship.  Overall, everyone came away from this looking good, Iroha reminded us that she’s a threat to Mayu Iwatani’s world title reign, Kadokura showed a lot of fight in an attempt to force her opponents not to overlook her, Hoshizuki got the pin, Watanabe went toe to toe with Iroha and earned her respect, AZM was AZM and delivered as always, while Hayashishita looked like a star in everything she did.  Just a great match and one of my favorites of this year. ****1/2

I will say first that I went into this match spoiled so I knew it went to a 30-minute time limit draw.  As with almost all draws knowing the result before watching really hurt my enjoyment of the match as it made it tough to buy into the nearfalls.  That said all four made it work much better than expected.  Syuri and Mayu did the heavy lifting in the beginning and middle allowing Tam and Giulia to get in and beat each other up before taking back over for the closing stretch.

As a prelude to Yokohama, this did the trick.  Both title matches got time to shine and give us a taste of what we will see at Yokohama while delivering a match worthy of main eventing at Korakuen Hall.  The only issue I have is Stardom is really overdoing the draws lately, especially when DDM is involved which makes them seem cheap rather than an effective booking tool.  My gripe with the booking aside this was still a strong match despite me going in spoiled ***1/2

This show felt like a quick stop on the road to Yokohama Cinderella and the show delivered to that level.  The booking of some matches brought things down but the Marvelous vs Queen’s Quest match saved the day and stands out as one of the best Stardom matches of the year. 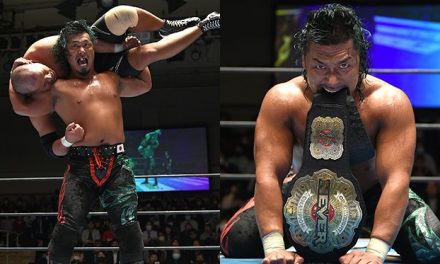 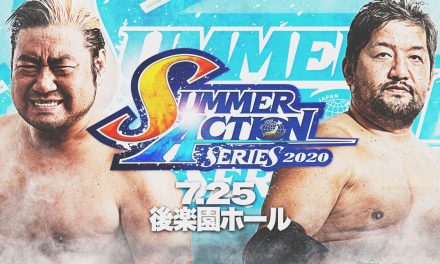