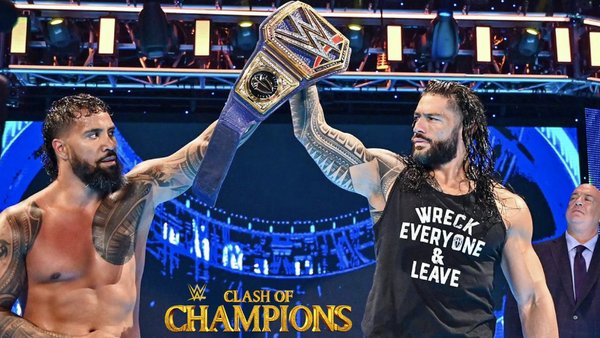 Steve Case: Why watch the garbage Detroit Lions when there’s actually a WWE PPV tonight?! Seriously though, pick your poison. Matt Patricia defense, or Thunderdome shenanigans? Tough call and that’s sad. This show has a fighting chance to be better than any Lions game will be this season, which is also sad. Follow Steve on Twitter @coachcase44

So apparently there has been a bunch of reshuffling of this card last minute (last-minute changes in WWE you say?!), so this match is now on the preshow and Asuka/Vega is on the main card. Fairtrade I would say.

I don’t know if it’s possible that Cesaro has gotten more shredded, but it appears to have happened somehow. The guy really is a cyborg. And per the usual, he absolutely ruled in this match. Everything the guy does is done with such crispness and purpose. Every time the man is in the ring you can feel the energy (what energy there can be) pick up. A pairing with Lucha House Party is great because Cesaro is such a tremendous, strong, and sturdy base. It also allows them to do cool tandem spots, like Cesaro catching a dive from Kalisto, but Lince then diving out for Kalista to complete a DDT to the floor. The finish came with Cesaro’s swing into the running knee by Nakamura for the win. Solid little pre-show match, which is a lock whenever Cesaro is off. ***¼

This is a 2012 dream match happening in 2020. The thing is, they went out and had a match like it was 2012 in their primes in front of 15000 fans and I have no idea where it came from or why. This was INSANE. Hardy was in peak daredevil-risk taker. Styles held things together while taking some hellacious bumps and hitting his signature offense in between some vicious ladder spots. The star of this match though was Sami Zayn in his best performance in YEARS. His body by the end of this match was covered in welts from bumping on all the ladders all over the ring. He showed the viciousness and crazed hysteria that his character has been portraying within the structure of a wrestling match like a damn pro. He took a NASTY swanton from Jeff through the ladder at one point that I’m shocked didn’t seriously hurt one of them. He even made the stuff with the handcuffs work because his character is supposed to be the smartest guy in the room. He took what is a dumb WWE trope and made it work in the context of a wrestling match. This is the best WWE match I’ve seen in years. Also, THE LIONS WON. Up is down. WATCH THIS MATCH. ****3/4

This was a solid little match that unfortunately followed what I thought was the best WWE match in 2-3 years. Zelina showed some fire and looked good enough in the ring. Being in there with Asuka definitely helps, but outside the overdone “I can’t believe she kicked out” face, she did well. The finish saw Zelina try a few different pinning combinations (she’s been watching her Sabre Jr. tapes) until Asuka made her tap to the Asuka lock. Asuka reached out to shake her hand, to which Zelina bowed then promptly kicked Asuka in the gut. Solid, quick match. This will continue. **1/2

The was about as bland and basic a match as you can get. Not a lot happened of note in this one until Apollo countered the Dominator into a standing shooting star. This led to a good frog splash near fall. Lashley would hit a chokeslam-esque move and his full nelson to make Apollo tap. Moving on. **

This was a really good tag match with lots of action and a breakneck pace. Then the finishing stretch happened. Andrade got a tag from Garza and went on a flurry of offense, but Garza rolled to the outside awkwardly. Dawkins would hit a spine buster for what looked like a pretty obvious near fall, but the referee counted three anyway. Dawkins even sold the kickout. They showed a replay of it and the announcers even played it up as a bad call. One camera cut did show Andrade and the doctors with Garza on the outside while the Street Profits celebrated. Hopefully, Garza is okay, but it didn’t look great. It was a very good match, but ended very abruptly and weird. This is a weird match to rate. ***¼

Bayley came out and bragged about Nikki being gone and that she had no one to face until Asuka came out to challenge Bayley for the title! This is still for the Smackdown title, so Asuka has the chance to have both belts. These two do have great chemistry so, in theory, this would be a treat. That said, just as this match was picking up, Bayley got herself disqualified to retain. Shocking. *

Post-match Sasha would attack Bayley with a chair to get revenge for hurting her neck. Bayley would get the upper hand for a short period, but Sasha would then wear Bayley out with a kendo stick.

So Drew attacked at the bell and proceeded to beat down Orton. Once Orton got the upper hand, the Big Show showed up and chokeslammed Orton through the announce table. Orton and Drew would then brawl to and around the ambulance, using chairs and crutches on each other. Orton did attack Drew’s jaw for the sake of continuity, but this was largely pretty dull to this point. Drew missed a Claymore on Orton and kicked the door off the ambulance in a decent spot, but then they would start to brawl into the backstage area and I started having Edge nightmare flashbacks. Speaking of, Christian jumped Orton to get his revenge on the St. Louis Punter. Orton and Drew make their way back to the ambulance where they fight on the hood until Orton drops Drew, cracking the windshield and cutting up Drew’s back. Orton would knock Drew off the ambulance Scar/Mufasa style, then eat a superkick from Shawn Michaels, who then pushed Orton off the top of the ambulance through a table. The worst thing about all these “revenge” spots is that almost immediately after all three, Orton regained control and made Drew look like a geek. Orton had the match won, but took six years to shut the ambulance doors. Drew would crawl out, get the upper hand, and Claymore Orton. He would then punt Orton and shut him in the ambulance for the win. Not even a Ric Flair cameo at the end driving the ambulance away could save this. *1/2

Confession time. I watched Hobbs and Shaw last weekend for the Midcard Matinee Podcast (@midcard_matinee). It was then that I learned that Uso means brother in Samoan. Anyway…

SHIRTLESS ROMAN! It’s about time. These two definitely do a good job in the pre-match conveying the intensity towards each other, especially Jey. Roman just exudes arrogance. It’s the cocky badass persona we’ve all wanted. That’s what this match is all about. It was in no way a “good” match from a workrate standpoint. It was essentially an extended squash match. But this did a ton to show that Roman isn’t who he once was. The look, the aura, the attitude, and most importantly, the confidence is on another level. My big gripe would be the in-match talking. It’s my least favorite WWE trope. A little can really drive home a good story, not the community theater approach. Jey would get a good flurry of dives and even a nearfall that got Cole to actually say, “Do you believe in miracles?!”, but this was all about getting Roman over as the new top heel. A low blow kick out and a couple of spears, and LOTS of Roman spouting arrogant verbiage while beating down Jey brings Jimmy out to throw in the towel. I HATE all this dramatic speak. This was going well, and was accomplishing what it was supposed to. But in the way only WWE can, they had to go three steps too far. *3/4

This is a one-match show. Watch this opener. I legitimately think it’s the best WWE match in 2-3 years. Sami Zayn’s performance was tremendous, and both AJ and Jeff Hardy played their roles perfectly. After that match is over, tread at your own risk. 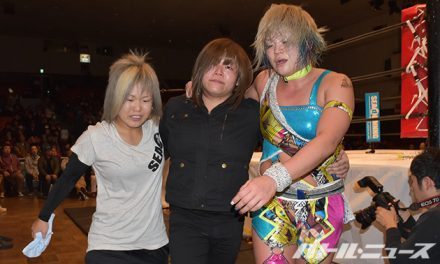 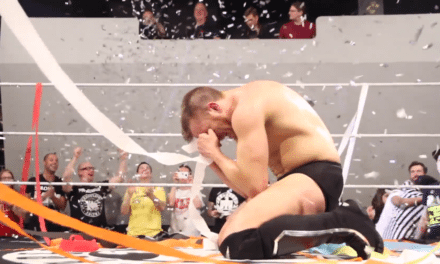