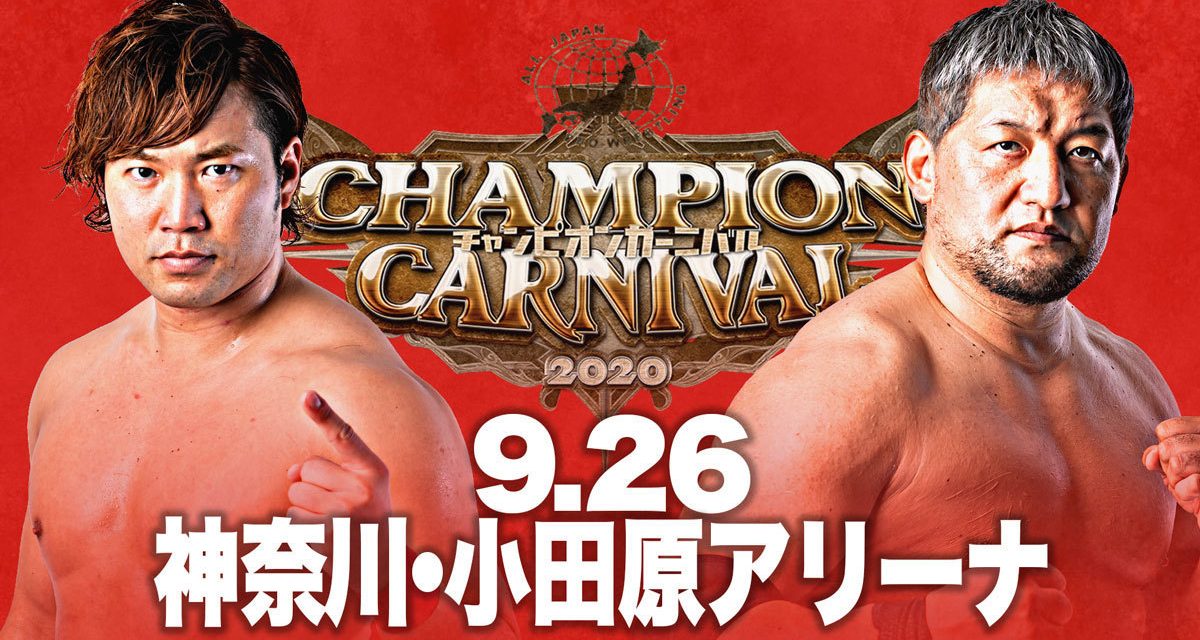 A solid performance by both men to finish their tournament runs. This is the first of the two meaningless tournament matches as both men are already eliminated. A bit of back and forth to start with a nice splash to the outside by Yoshitatsu. Then we transition into Ashino attacking Yoshitatsu’s injured back.

Ashino is getting the majority of the offense just dismantling Tatsu. They don’t even give Yoshitatsu many hope spots before he is forced to tap out. Decent enough match and probably above the standard of the tournament, which is faint praise. Still leaves a bit of a bitter taste that this is how Ashino’s Champion Carnival ends, with a meaningless match against Yoshitatsu

A fun sprint and a well-deserved win for Kuma. Arashi attacks Jiro during his entrance and you can feel that these two didn’t get a lot of time. Arashi catching Jiro on a dive and slamming him on the floor was a great way to show off Arashi’s strength. Jiro gets to show off some of his nice-looking dives as well. Then Kuma gets the win in this brief but fun match. Afterward, Kuma is acting like he just won the whole Champion Carnival as he seems genuinely delighted.

Kind of a weirdly brief match, which feels in line with most of the tournament so far. Jake had a decent tournament but it was far from the necessary breakout performance. While Zeus hasn’t delivered top matches so far, he has come across as much more of a star winning in dominant fashion.

Kind of a reversal for Zeus here as Jake is dominating him. And then Zeus just gets an extremely brief comeback and taps out Jake. Well, this was something. Like many matches in the Champion Carnival this year, this felt like it was just getting going and then it ended. With him not winning this tournament, it’s clear now that Jake is not and will never be a top guy. This tournament was perfectly set up for him to win, but clearly, the promotion does not think that he can be a top guy and likely because it’s true.

A great match and so far the best of the tournament. These two had some absolutely amazing matches a few years ago but Shuji has clearly slowed down a bit since then. It also feels like he got lazy since he became the booker. But he was able to at least regain some of his form from previous years and delivered in a big way.

Shuji is dominating Kento for the early going and the majority of the match. This feels like the best version of their previous matches where they repeat a lot of spots like the Fire Thunder Driver on the apron, which isn’t the worst thing. Kento is getting destroyed but still refusing to go down and coming back to slowly chop down the big tree.

There was a close nearfall on Kento kicking out of the Splash Mountain and a call back to the Thesz press spot that Ishikawa beat Yuma with. I bit on both of those but ultimately one Shutdown German Suplex is enough to put away Ishikawa. With that Kento completes his comeback to win his block and advance to the finals against Zeus. Very good match and the best of the tournament so far. However, Zeus vs Kento has the potential to outdo it. Let’s hope for a great final.

This show had a legitimately great match in Kento vs Ishikawa, which might end up being the match of the tournament. Jake vs Zeus was a weird match but the rest of tournament matches were at least solid. This was one of the best Champion Carnival shows this year but given how the tournament has gone that isn’t saying much. 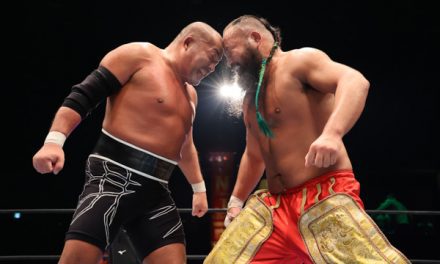 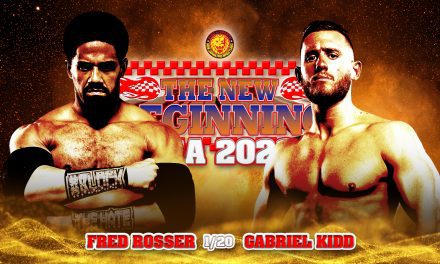