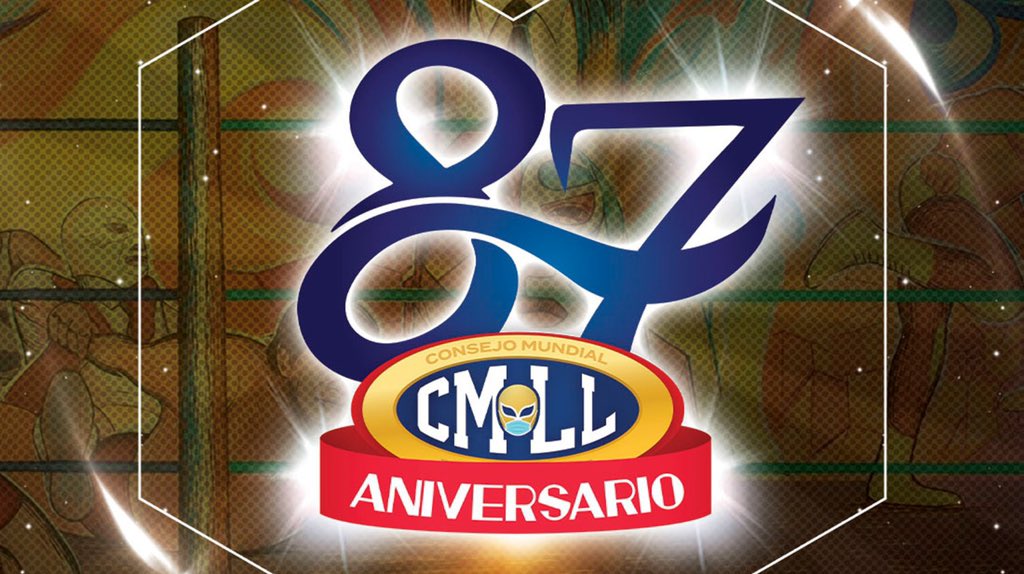 I’ve previewed many strange Mexican wrestling shows in this space.

There’s been plenty of AAA events with the rights names in the wrong places. Many CMLL shows where nothing is going on at all outside of the main event. This year’s CMLL anniversary show, celebrating the promotion reaching 87 years of life, is unlike any major show I’ve ever covered. It is unlike any show CMLL has put on in those 87 years. It’s a bit unsettling; it’s a hard show to support for reasons not at all to do with the wrestling.

Big wrestling promotions in Mexico virtually shut down between mid-March and September. AAA snuck in a four-episode run of Lucha Fighter on a closed TV set, but that’s the exception. Federal and state governments included lucha libre events with other sporting and spectacle activities that were not permitted this past summer. The shutdown played out in reverse of the US; AAA & CMLL are too high profile to get away with shows, while small groups found ways to run underneath the governmental radar.

No wrestling industry was less suited to handle the pandemic than Mexico. Almost all the revenue comes from ticket sales, which are gone for now. Most merchandise sales are on a luchador to fan face-to-face, which can’t work the same. The TV money is minuscule by US standards and what digital income existed depended on having new live events. Both AAA and CMLL are family-owned businesses, and those families appear to have done very well from those businesses. Still, no one was ready for six months of almost no money coming in. No money coming in also meant no money was going out to the luchadors, who are still mostly paid through now non-existent ticket sales. A recent Los Angeles Times article chronicled Ultimo Guerrero operating a food truck, as a sign of how Mexican wrestlers have fallen without work. In reality, Ultimo Guerrero owning and operating a food truck probably puts him in a better spot than many out of work luchadors.

CMLL’s restart in September on PPV has been generally unappealing, with some silver-linings if you search for them. The PPVs are overpriced, they don’t include VOD, the matches have been half-hearted, and the atmosphere barely exists, but at least some of the money was funneling to people who needed. It’s been like a GoFundMe with slightly more armdrags. The Mexico City government requirement CMLL (and others) to do COVID-19 testing also seemed weirdly optimistic through the right prism. COVID-19 testing in Mexico is only freely available to those with symptoms. Working on a wrestling show entitled luchadors to the health information they wouldn’t otherwise be able to access. It’s an imperfect solution to a big problem, but at least seemed somewhat positive.

That last part hasn’t worked out.

Wrestling puts you in close content with people, the luchadors are free to go out in the rest of the world where they’re in contact with others, and the test isn’t fool-proof. CMLL is secretive about everything, including their COVID-19 testing. We can only guess off their description of testing, which appears of the rapid variety, cheaper and less accurate. Maybe they performed perfectly well with the best of intentions, but it still failed. Someone carried the virus, other wrestlers found out and rushed to get tested, and people have started dropping off one by one as new results came in. CMLL’s Aniversario show started with seven matches announced. Three matches changed, and CMLL replaced a fourth match entirely. I hope for the best for those affected more than any wrestling show. The reality is all matches are still subject to change as other results come in or if someone decides walking into Arena Mexico is too risky.

This Aniversario would already be a strange occurrence even without a possible COVID-19 outbreak. CMLL can’t afford to run their usual hair or mask matches without ticket sales. They needed a workaround for their celebration to still feel memorable. CMLL’s solution is an all-championship match show, where the fans would pick from a select list of challengers for seven belts. It was a sound plan, except the part where CMLL’s internet diehards always use these sorts of polls to revolt against the promotion. It did not devolve “vote for the worst wrestler,” but it did turn into “vote for who the promotion doesn’t push.” Five of the seven challengers spots were upsets, with booking favorites rejected hard in the results.

There’s another version of history where we could discuss what that should mean for CMLL’s overall, but the COVID-19 situation overpowers everything. Three of those five rebellious results have ended up canceled out because of wrestlers dropping off the show. The clearest example is the CMLL’s Women Championship. Princesa Sugehit won the shot in part because many fans can’t stand booking favorite Dalys. It was a great triumph against the tyranny of the pencil, for the two minutes between when Sugehit accepted her win and when she announced her positive. Dalys gets the match anyway. A show built around fan-created wildness trended back towards being a very CMLL card after all.

The COVID-19 situation lingers over the remaining protest derived matches. Rey Cometa & Espiritu Negro won a chance to challenge Mistico & Carisitco in the main event spot on CMLL’s biggest card of the year because of that fan vote. It’s a remarkable occurrence, the CMLL equivalent of Mustafa Ali and Bo Dallas facing John Cena & Roman Reigns in WrestleMania’s top spot. Brothers Rey Cometa & Espiritu Negro took on the name “Atrapasueños” before this poll was even an idea. “Dreamcatchers” fits; they can’t even dream of getting this opportunity again. There’s also a chance they will have to be around an unknowingly COVID-19 positive person to live out their dream. It is impossible to ask Cometa & Espiritu to give up the biggest match of their life. It also seems like they’re taking a risk just showing up for their match on Friday.

It feels beyond the point to preview the matches on the CMLL Aniversario card. There’s another draft of this preview where I break down why the Cancerberos/NGD match is exciting (Raziel & Cancerbero on an Aniversario show after 18 years!) and complicated (incompatible styles!) for 200 words. Titan/Soberano had one of my favorite bouts last year. CMLL announcing a rematch as a replacement for the now-impossible World Trios Championship instead felt me with dread. They’re both great, they’ll probably get me to care about their lucha once it gets going. And I’ll feel terrible about it if they’re next to come down positive.

The matches themselves don’t feel like they matter. Either you’re going to buy this because you love lucha libre enough to put your trust into CMLL figuring this out, despite the apparent evidence, or you’re taking a hard pass on this. The fan voting meant only diehard CMLL fans wanted this show, but those seem to be the most likely affected by the dilemma. If you care enough about Templario to vote him into a title match, you might also care about Templario not to want him to catch a potentially deadly virus? Or maybe these infections have become so routine and rarely fatal that, as my old friend Trevor Dame suggested on Twitter, most people are comfortable shrugging them off and move on quickly if something else cool is presented.

If the CMLL Aniversario show goes on, which it almost certainly will, you’ll be able to see it via Ticketmaster Mexico. The show costs about 13 USD; one ticket will get you a stream on a single device. The show begins at 8:30 pm Central Time, and you will need to be there from the beginning. There is no VOD option. If you miss a match because CMLL’s stream failed, they’ll replay it at the end of the show. If you miss a match for any other reason, you’re out of luck. You can find the full and most updated lineup on CMLL’s site, right underneath an increasingly out of date poster.

CMLL could solve this issue at any moment by shutting down for a couple of weeks. They own Arena Mexico and can run it whenever they want. Their same wrestlers will continue to be available to them two weeks from now. The TV shows could pivot back to the well-received historical content from the previous hiatus. All it takes is for CMLL to stop doing what they always do. That seems impossible for them; even La Mistica isn’t as powerful as CMLL’s sense of inertia. CMLL switching from three falls to one fall just for this show, an allowance to a lengthier card than typical, was earthshaking. Running no falls is unthinkable, and I’d be surprised if they were even considering it.

There’s no cavalry coming. Mexico’s leadership downplayed the seriousness of COVID-19 and took an anti-mask position. (Mexico is now fourth in the world in COVID-19 deaths.) CMLL’s allowed to run in Mexico City at all because of a set of health protocols, protocols announced only after CMLL quietly taped an event for the Ministry of Culture. Shutting CMLL down would require the government to admit fault. There’s no pressure from the press either. Mexican media covers wrestling more often than in other countries. Still, almost all of it is repeating press releases or uncritically repeating whatever a luchador has to say that day. No one inside the industry will say anything that might hurt business, so no one on the outside will want to risk their wraith by doing it themselves. It’s up to CMLL and the luchadors to make the decision, and it seems pretty clear which way they’re going.

It’s probably not worth your time to watch it unless you’re a regular CMLL viewer who has some money to burn and the right time. And any regular CMLL runs the risk of feeling guilty about encouraging the show to go on once the next set of test results come in. This feeling fits a birthday celebration in 2020, and an easy show to pass on. 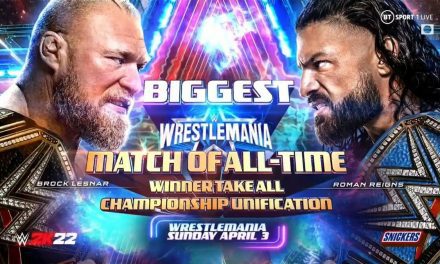 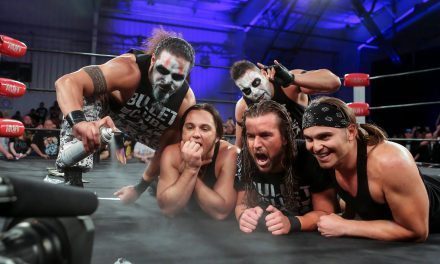 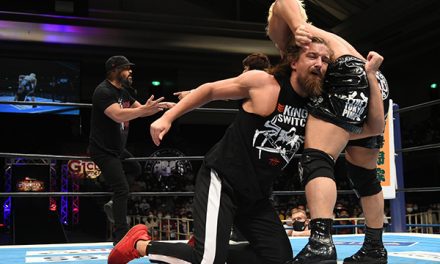