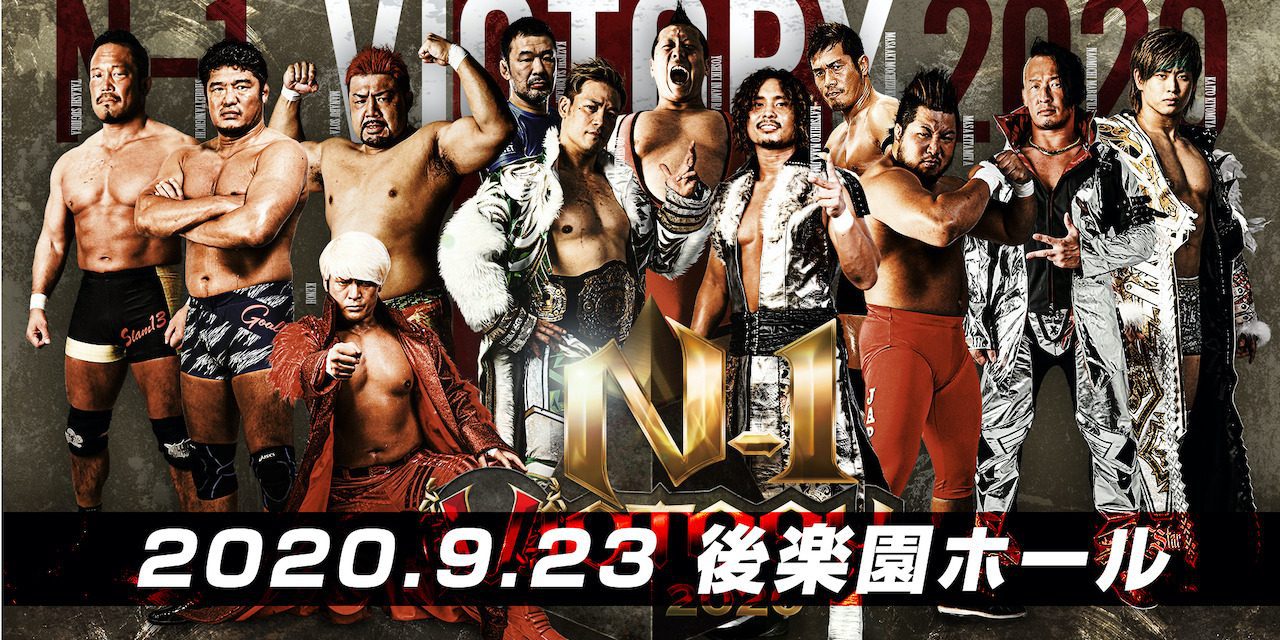 The second half of NOAH’s double-header in Korakuen Hall on Wednesday featured what may be the most stacked lineup of the tournament save the final night. Kenoh vs Naomichi Marufuji is the opening block match? As Joe Lanza would say—get into it! As a special treat for you, the reader, I’ll be covering the non-tournament matches today.

I hypothesized on my last review that Masa Kitamiya had potentially suffered a legit injury during his match against Kaito Kiyomiya on Tuesday, and that theory seemed to hold up on the morning show, as Kitamiya jobbed in about two and a half minutes to Kazushi Sakuraba. He seemed alright here, though, so perhaps he really is just a much better seller than I gave him credit for. This was a pretty nothing tag, and big match Taniguchi (I went ****1/4 on his match vs Katsuhiko Nakajima on the morning show) picked up the victory with a punt to Inamura. **

As I mentioned in the opening to this article, this is an awesome battle for the first match out of the gate. Kenoh, who by the wayhas some of the best music in wrestling, is one of my favorite guys in the promotion, and Marufuji is of one of the greatest ever. Marufuji came into this one in third with three points (with a match in hand over the top two), Kenoh entered the night in second with a 2-1 record, good for second place. Both trailed Takashi Sugiura, who sat at the top of the block with five points.

This was a little slow in the early potion for two guys that I generally consider to be electric, quick strikers. I had noted that Marufuji’s night three match vs Takashi Sugiura also felt similarly slow, and I think it’s fair to say that the 40-year-old Marufuji is clearly beginning to wind down.

The legend gave it his all in this one, unloading with kicks and strikes, but the younger Kenoh was just a little bit quicker and hit a little bit harder. We moved into the hot closing stretch, with both dodging kicks and reversing suplexes in classic NOAH junior style. Kenoh’s top-rope double stomp missed and Marufuji capitalized with a Ko-Oh. The two traded submissions and strikes and the veteran came out on top and hit the moon crescent kick, but Kenoh dodged the Shriunai and locked Maru in the body scissors, transitioned into the choke, and unlike against Sugiura yesterday, there was no bell to save Marufuji, as the referee called for the stoppage by pass-out. ***1/2

We opened the show with a match between the current second and third placeholders in the B block, and our second block match featured the same clash between two A block contenders. Kazushi Sakuraba entered the battle 2-1, while former GHC champion Kaito Kiyomiya entered 1-1-1, on three points.

I didn’t love Sakuraba’s match with Go on Tuesday, which got some hype, but the grappling with Kiyomiya was excellent here. I don’t remember ever seeing Kiyomiya, who is still very young, in a grapple-heavy match, and he held his own well here.

We moved into the kick portion of the match, with Sakuraba unloading on young Kaito. Kaito sold his knee well throughout, a story he has told consistently throughout the tournament, but he locked on a figure four, at personal cost, and powered through the pain to secure the tapout win in a very enjoyable match. ***1/2

The juniors got a chance to shine pretty high on the card here, as the stacked Stinger group came out with all of their belts (except for HAYATA’s IPW:UK Jr Championship, which he promptly threw away the same day he won it from Daisuke Harada last month). This was a pretty nothing match, which is why I normally skip these tags. I feel like I’ve seen the five longtime guys (excluding Kinya Okada) wrestle each other approximately a billion times in different combinations. The NOAH Junior drama works for some people, I find the constant faction switching extraordinarily exhausting. Harada and Suzuki had a fun stretch together towards the end of this. That’s about the best match the division can put together so hopefully, we see the two clash over the GHC junior title soon. Ogawa tagged in for the Stinger team and Harada trapped him in a roll-up for the win. **1/4

After the match YO-HEY attacks Daisuke Harada ARE YOU FUCKING KIDDING ME. HOW MANY TIMES IS THIS GOING TO HAPPEN I’M LOSING MY MIND. Stinger beats down on Harada and Kongoh comes out to attack Kotaro Suzuki, Hao is looking for a title shot, but really, in the middle of all this. Tadasuke (also in Kongoh) just turned on Harada like three months ago why is he helping him? Also out are the Sugiura Army juniors for whatever reason. Now Harada’s former Momo No Seishun Tag partner Atsushi Kotoge is out to save Harada. The two came up together and split their separate ways a long time ago, and the battered Harada, looking for someone he can trust, extended his hand to his former friend. Kotoge accepted, and the crowd seemed into this. Immediately after Harada challenges for the junior tag titles. You’ve been friends again for literally four or five seconds… what? OH GREAT NOW OUT COMES FULL THROTTLE WHICH TURNS ON ITS LEADER. THIS GROUP HAS BEEN TOGETHER FOR EXACTLY 20 MATCHES AND HAS ALREADY TURNED ON ITS LEADER. Of course, YO-HEY comes out now and the FULL THROTTLE guys, who teamed with Kotoge not five days ago, hold Kotoge up for a superkick for the great sin of saving his former friend from a beatdown. The brawling resumes between everyone, and we end with a staredown between Momo No Seishun Tag and the Jr tag champs, Ogawa and HAYATA. In a vacuum I like this, it was weird that Harada continued to team with YO-HEY despite RATEL’S being disbanded in name, but the NOAH junior drama seems to be never-ending and its so exhausting every single time. I know there are some people in love with this story but I. Just. Can’t.

Ok, if anything can clean my palate from that garbage, its these two, who are maybe my favorite two wrestlers in the promotion. The two had a GHC National Title match a few months back that challenged for best match of the no fans period, so I came into their N-1 battle with sky-high expectations. In the early stages, I wasn’t really feeling this at the level I was hoping for, maybe it was the bullshit I just watched with the juniors or the fact that I’ve been watching wrestling all day, but I wasn’t totally into this.

Our first finish tease came from a Sugiura ankle lock, which Nakajima sold very strongly for. The Kongoh member was able to drag himself to the ropes to get a break. Sugiura followed up with a German and closed-fist punch, which earned him admonishment from the referee, but Nakajima was able to get off a pair of knees and the Vertical Spike to earn himself some time. We then moved into the forearm vs kick portion of the contest, in which kicks (Nakajima) came out on top. Nakajima went for a punt kick that looked like it completely whiffed and hit the vertical spike for the win. This was a supremely disappointing match given the guys involved. ***

The main event felt like a return to normalcy almost, a company’s champion taking on the outsider in the main event of Korakuen Hall. I came in hyped for this. Mochizuki has been great since coming over to NOAH, although he comes so frequently that the former ace of Dragongate doesn’t really feel like an outsider anymore. Go didn’t take Mochi, who is much smaller, seriously in the early stages, dominating the grappling sequences and looking annoyed whenever Mochi would take any sense of control.

The GHC Champion, who has had a very up-and-down year in my view, dominated the bulk of this match, but Mochi was able to use his speed and striking ability to fight from underneath and gain some advantage. Mochizuki was able to kick out of Go Flasher for a close near-fall, and a lariat with the right arm flattened Mochi for a close two. Mochizuki got the knees up on the moonsault and hit a bicycle knee, but Go bounced off the ropes and sent Mochizuki flying with anothr lariat. Go ran to bounce off the ropes again, looking for another lariat, but Mochizuki caught him with a dragon suplex and bridged for the pin. I liked the story of this one, Go was better, but he just got caught. A good cap to the show. ***1/2

Between being annoyed at the junior angle and calculating block scenarios I’m exhausted, but the block matches on this show were all pretty solid. Nothing must-see though, instead, check out wrestler of the tournament Shuhei Taniguchi vs Katsuhiko Nakajima from the morning show. Also, check me out on Wrestling Omakase’s Patreon tonight where I’ll join John for a special Patreon-exclusive full episode discussing both N1 shows from today along with NJPW’s G1 Climax night three! 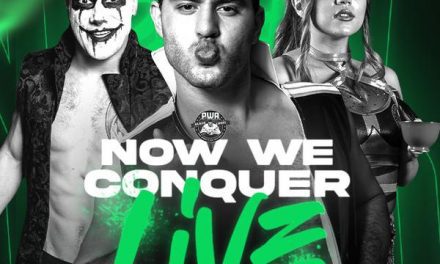 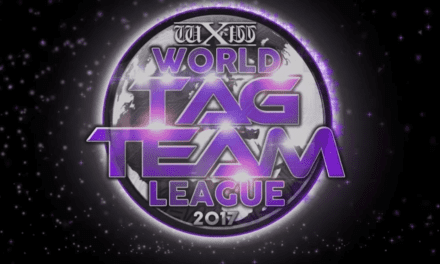