The B Block of G1 Climax 30 kicks off with an early and top-heavy card on September 20th, 2020 from Edion Arena Osaka. The 6-match card will feature five B Block matches, headlined by IWGP Heavyweight and Intercontinental Champion, Tetsuya Naito facing off against recently distant rival, Hiroshi Tanahashi for the first time since they battled on their block’s final night in 2017.

The semi-main event will feature recent IWGP Heavyweight and Intercontinental Champion, EVIL in his first match since losing his championships as he faces Zack Sabre Jr. The undercard will also feature a Wrestle Kingdom NEVER Openweight Championship re-match between Hirooki Goto and KENTA, SANADA v. Toru Yano, and the return of Juice Robinson as he squares off against YOSHI-HASHI.

The A Block is getting all of the attention being one of the best G1 blocks ever assembled, and rightfully so, but B Block is filled with reliable wrestlers with experience in G1 tournaments. The B Block roster has participated in a combined 606 G1 Climax matches. The A Block: just 359 G1 matches between them. The A block features four wrestlers participating in their second G1 Climax while the B Block only features one (KENTA). Everyone else in the block has been involved in at least three G1 tournaments.

Of course, you can find my complete statistical preview for every competitor in this year’s G1 Climax here, I have interactive, tables for NJPW’s 2020, detailed results and statistics of all 1460 G1 Climax matches to date, and This Year’s Tournament at SportOfProWrestling.com, and you can let me know what you find when you drill down by dropping me a line on Twitter @TheChrisSamsa.

If you need a full primer for the detailed rules of the tournament or the recent stories of the competitors, I can’t recommend John Carroll’s two-part preview enough. (A Block, B Block). 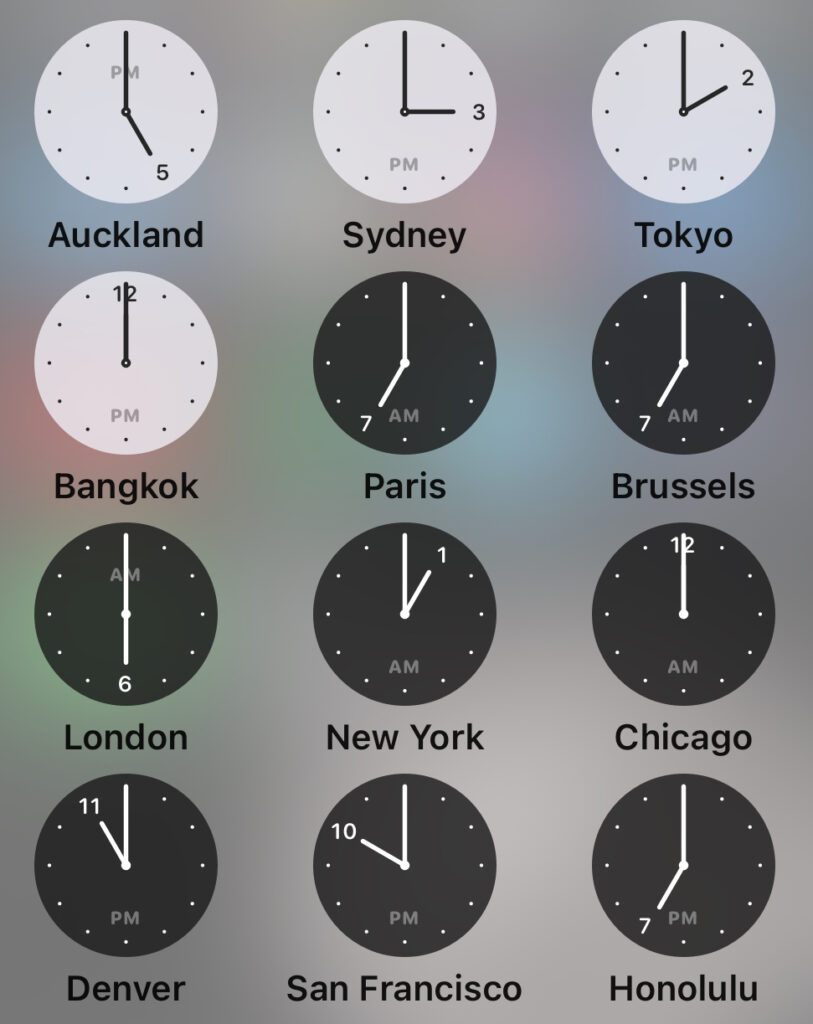 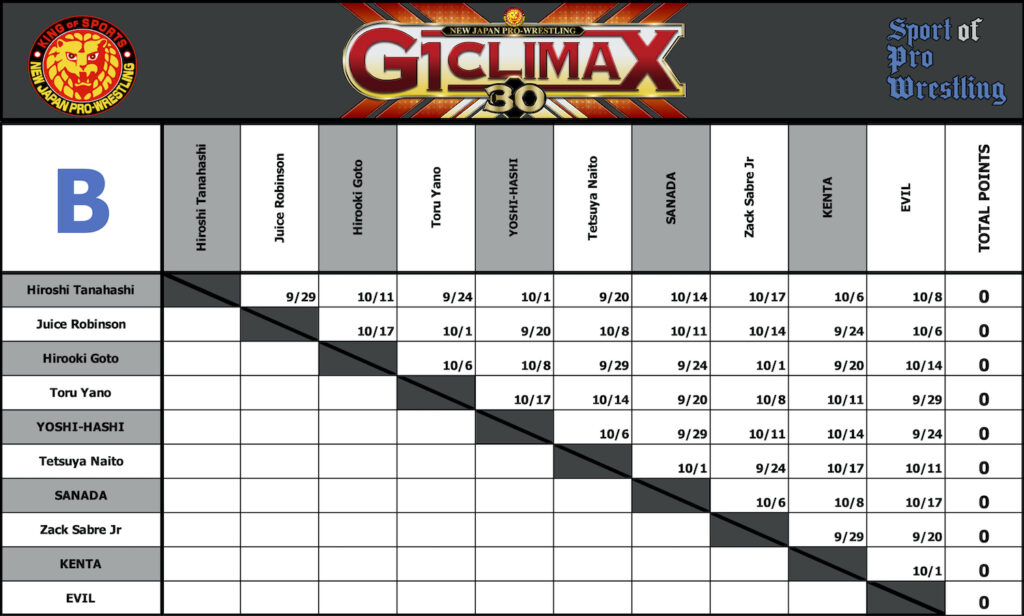 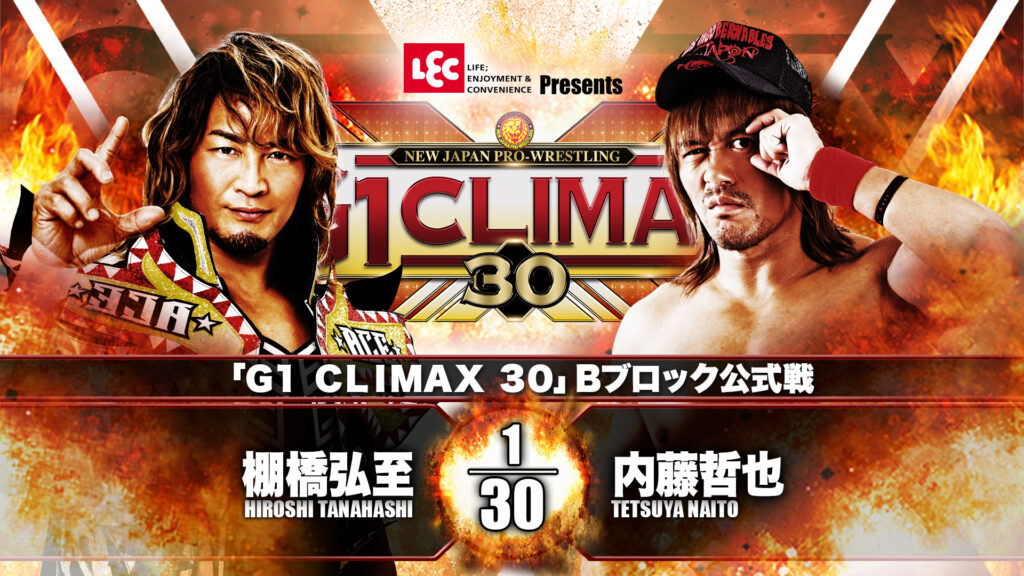 Tetsuya Naito enters tonight’s match-up riding high after a triumphant victory over new nemesis, and former Los Ingobernables de Japon stablemate, EVIL at NJPW’s Summer Struggle in Jingu stadium event. The NJPW matchmakers didn’t go easy on Naito for his first match as a three-time IWGP Heavyweight Champion, matching him up with perennial G1 favorite, Hiroshi Tanahashi. Naito had to back door his way into the title picture last year after Jay White knocked him out of tournament contention on the last night of B Block competition in last year’s G1. He was successful in doing so, as he won two matches in a row at the Tokyo Dome to establish himself has the first-ever simultaneous IWGP Heavyweight and Intercontinental Champion.

Of course, it wouldn’t be a Tetsuya Naito IWGP Heavyweight Championship reign without a caveat or a surprisingly swift ending. Upon return from NJPW’s pandemic hiatus, Naito’s then stablemate EVIL earned a title shot by winning NJPW’s annual single-elimination tournament, the New Japan Cup. When Naito met EVIL in the ring to congratulate him on his victory and celebrate LIJ’s dominance with their signature fist bump, EVIL changed his hand signal to The Bullet Club’s “too sweet” and hit him with his signature STO. EVIL capitalized the next night, defeating a shocked Tetsuya Naito for his prized double gold.

After EVIL defended the championships against Naito’s clear best-friend Hiromu Takahashi, Naito declared it was time to stop messing around and he asked for a rematch where the LIJ leader handily defeated EVIL in the last time we saw him in singles competition. Naito enters this match standing tall, likely still recognizing that his championships can be lost at a moment’s notice.

Hiroshi Tanahashi enters this year’s G1 Climax at a low point, with only one singles win this year, a victory on the New Beginning in USA tour against Yujiro Takahashi. Tanahashi and Golden Aces tag team partner, Kota Ibushi, have spent most of their time recently weaving themselves into tag team championship contention. Tanahashi has a habit of getting distracted before a G1 Climax tournament and changing his course, but he’ll have to get through a reigning champion if he wants to get off on the right foot in G1 Climax 30. 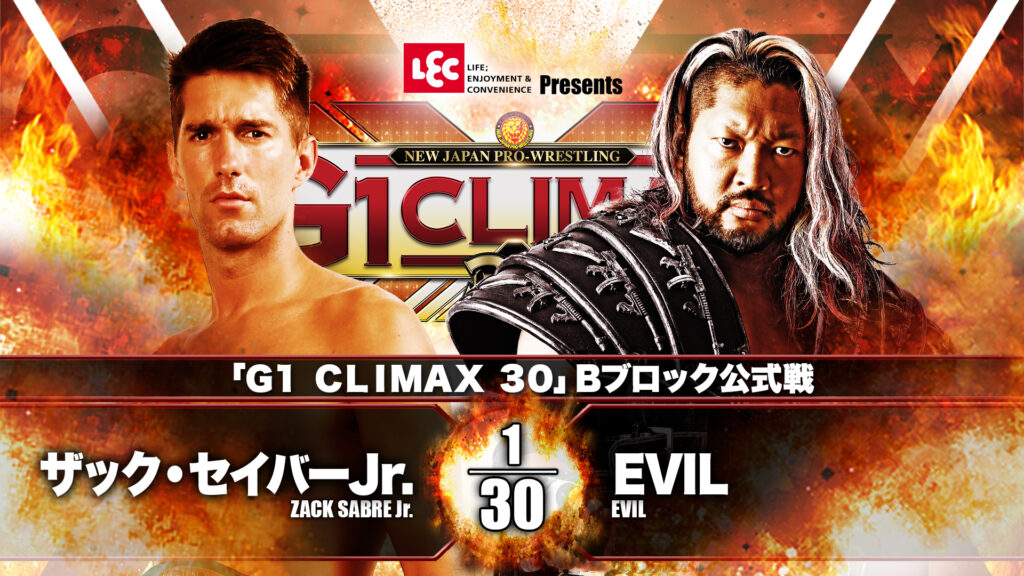 EVIL enters his fifth G1 Climax with many more accomplishments under his belt than last year when he entered his fourth. EVIL is now a former IWGP Heavyweight Champion, a former IWGP Intercontinental Champion, and he has recently defected from Los Ingobernables De Japon to join Bullet Club. EVIL has established himself as a singles competitor after leaving his former tag team partner, SANADA behind. 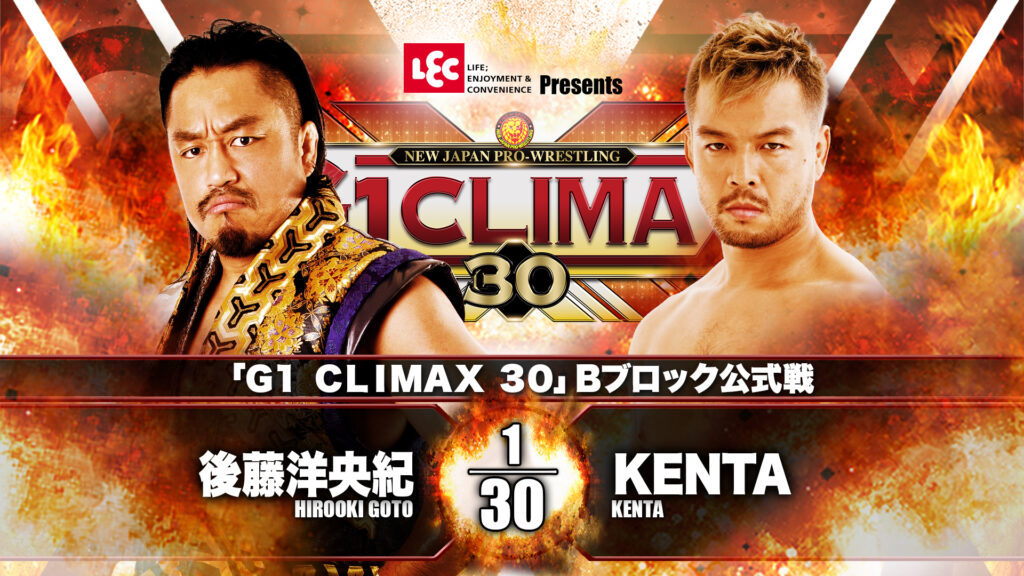 Hirooki Goto, perennially a threat to finish in the top tier of the block standings enters his thirteenth G1 Climax on the heels of a 10 point performance in last year’s tournament. 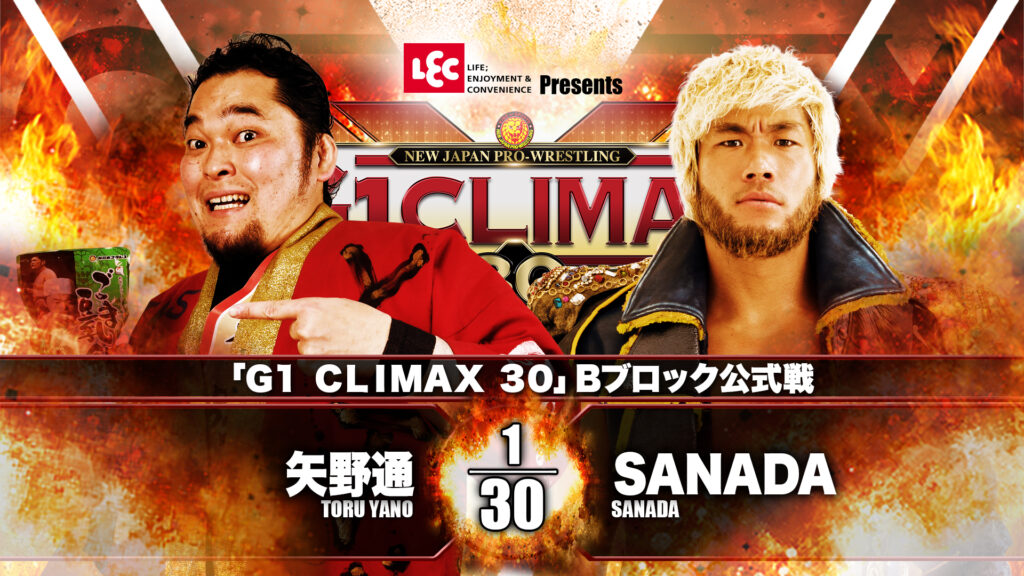 SANADA, one of the only wrestlers in New Japan Pro Wrestling that matches up well with the tricky Toru Yano enters his match with Yano looking to avenge his loss in the four-way KOPW championship match at Summer Struggle in Jingu.

Yano, a perennial spoiler in G1 Climax tournaments enters this year’s tournament with hardware to defend, the provisional KOPW 2020 championship. Yano is sure to arrive with his little league sized trophy and avoid losses like he always does, defending the honor of his new trophy. 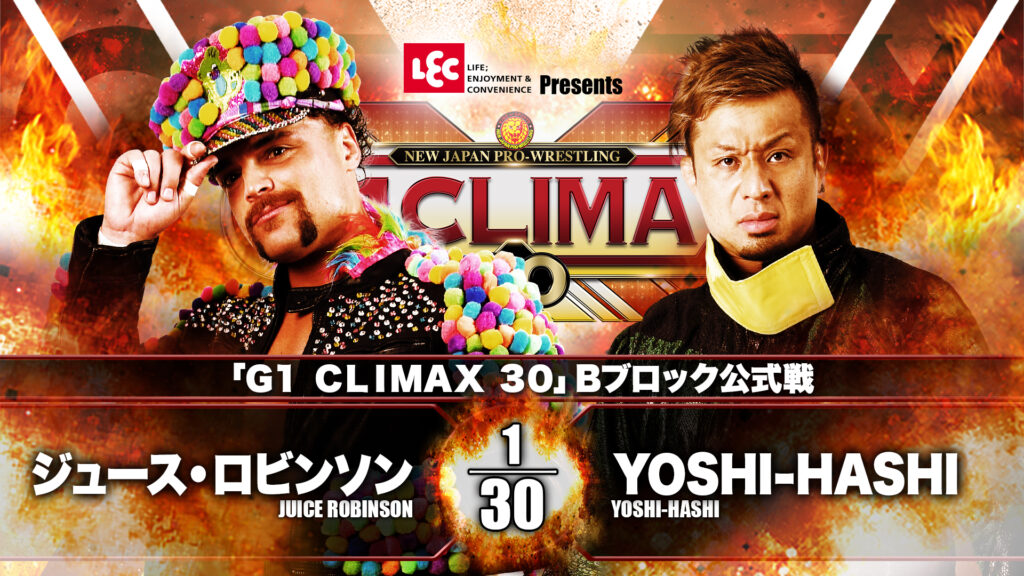 Juice Robinson returns from NJPW’s pandemic hiatus, as well as a leg injury with the B Block opening match against YOSHI-HASHI. Juice hasn’t wrestled a singles match since January 5th when he was defeated by Jon Moxley in a United States Championship match. Robinson is the only foreign competitor returning to the G1 without having wrestled anywhere since the company cancelled events due to COVID-19.

YOSHI-HASHI returns to the G1 Climax tournament with something to defend. He is finally a champion in NJPW, carrying his NEVER six man championship with him with pride. YOSHI-HASHI has an uphill battle ahead of himself, carrying an all-time .142 winning percentage over his block opponents, and seeking his first victory against everyone in the block aside from EVIL. 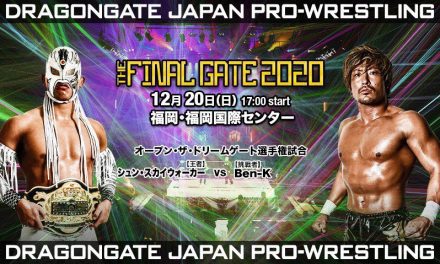