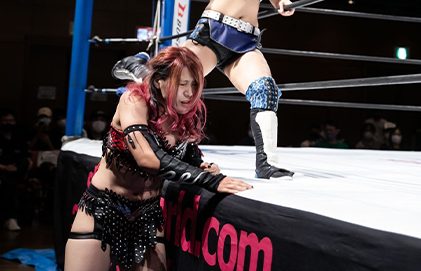 Stardom’s busy weekend roles on with the second of three shows in two days. Hopefully, the women got a good chance to rest after the afternoon show, as the card has some really nice looking block matches, including a showdown between Momo and Utami that should be excellent. As the tournament moves on, the drama increases, with every point being vitally important.

A fun opener with a rather surprising result, as Saya spent her prematch promo talking about how she needed to use the momentum from her earlier victory to finish off the tournament with a winning streak, only to get rolled up and pinned out of her finish. Since DEATH doesn’t need to win to get her character over, and I can’t see how the two extra points for Saya could affect the tournament booking, I can’t say I understand the decision. The match itself was every other DEATH Yama-San match this tournament, excepting the result. While the finish didn’t hurt Saya, I still enjoy DEATH’s routine far more when it ends with her putting her opponent over. **1/2

She may already have been eliminated, but with the way Starlight Kid went after Konami at the bell you’d think she was wrestling for much more than pride. Starlight is such a perfect babyface, with fun and exciting offense to go along with her ability to take a beating and get sympathy from the entire crowd. Konami, on the other hand, has a cocky sort of charisma that I think would work great with a more heelish persona. At 8 points after this victory, Konami is one of the favorites to win the block, so it is obvious Stardom has plans for her. Perhaps a turn to full heel after the break up of TCS?

This was a fun little sprint that got over Starlight’s never say die attitude while making it clear that, for now, Konami is just better. The Triangle Lancer earned her the submission victory and 2nd place in the block standings. ***

A preview of the next installment of the polarizing Giulia/Tam feud with Hanan added in to take the pin. Giulia started off the match brilliantly, realizing she was about to be double teamed and taking a powder to the floor, insisting that Tam and Hanan start things off without her. She then started the audience clapping in excitement for Tam and Hanan, and sat down cross legged on the floor. Tam threw Hanan out of the ring, attempting to get Giulia involved in the match, only for Giulia to roll Hanan back into the ring and sit down again. This is my favorite 3 way ever. This ended when Tam threw Hanan into a sliding dropkick to Giulia on the floor, with Hanan then throwing Giulia into the ring. I’m probably alone with this, but I could have watched Tam and Giulia throwing Hanan in and out of the ring for another 5 minutes at least. Giulia put Tam in a camel clutch, and after taking her own outside the ring rest period, Hanan came in to break it up with a dropkick to Giulia’s face. Of course, it’s every woman for herself three-way battle, so rather than instantly breaking the hold, Hanan ran the ropes 3 or 4 times pre-dropkick. This was shaping up to be a decent little three-way, until it seemed like things went off the rails late with just Hanan and Giulia in the ring. First Giulia tried a reversal that could have been either an armbar or a sunset flip yet instead resulted in just a weird looking takedown and a dropkick. Then Giulia pulled Hanan into the center of the ring and went for a lazy pin off of that devastating dropkick, only to have Hanan roll her into a pin that Giulia was late kicking out of. The referee had to bail her out here and stop her hand before it counted 3. From there they went right to the finish, which was Giulia picking up the pin on Hanan with a kick to the face. I really enjoyed the story of the match, and the work for 90% of it, but the late botch and questionable finish (a kick to the face? Really?) left a bad taste. **1/2

This started with the four wrestlers all disappearing into the back, only to have AZM and Riho reappear riding a cart being pushed by Natsuko. Natsuko sent the cart towards the ring post with AZM and Riho selling like crash test dummies, yet all I could wonder was if Natsuko and Saki got a turn as well. The match we got was fine, with everyone pulling their weight, but once again Odeo Tai got themselves disqualified purposefully. AZM had Saki pinned, but before the three count could take place, Natsuko pulled the referee to the floor. No big deal, a spot that happens all the time in other promotions. But instead of continuing the match after the count was stopped, Saki picked up a chair and waffled AZM with Natsuko’s encouragement, resulting in the disqualification. I don’t get it, and it is starting to affect my enjoyment of Odeo Tai matches when at any time they may give up and get disqualified. **

A mini-hoss sprint, this was exactly what it needed to be. What Saya lacks in size she makes up for with fighting spirit, always willing to go toe to toe with her opponent, while Syuri carries herself with a sense of confident arrogance that her stablemates share, rapidly making Donna del Mondo the most interesting faction in Stardom. Syuri dominated most of the match, with Saya getting the occasional hope spot and a couple of deep two counts. Syuri got the pinfall via punt kick. ***

As much as this result took me by surprise, the more I think about it the less shocking it seems. Perhaps it is time for Jungle Kyona fans to admit that she is never going to get pushed above a certain level. While Jungle is a great worker who can put on 4 star or better matches with a large portion of the roster, it is obvious she doesn’t have whatever it is they want in their top stars. I didn’t expect Jungle to win the tournament this year, but I thought she would make a good choice for runner up, and would at least be alive going into the final day. This loss eliminates her from the tournament, as her only remaining match is against Momo on the final night. On the plus side, think of all the hours of productivity saved since Jungle fans no longer have to work out all the possible ways for her to win the block.

The match was the best of the night so far, by far. They went 10 minutes and they did not waste much, if any of it, with even the submission holds being applied with urgency. Both wrestlers sold how important this was, and it definitely felt like the match had real stakes. Really good work from both women, with Maika getting the definitive pinfall victory. I would have preferred a few additional minutes of a back and forth closing stretch, but the match we got was fine for its spot on the card. ***1/2

A must-win match for Mayu, which unfortunately takes most of the drama out of it from the start. If Himeka would win this match, Konami would be the only wrestler who could challenge her for the block, and while I am sure there will be a lot riding on their showdown on the tournament’s final night, I just can’t see them elimination Mayu, Tam and Giulia with 2 shows still to go.

The match we got was Himeka taking Mayu apart for the majority of the match with big moves, including a beautiful facebuster out of a torture rack, only for Mayu to eventually slip out of Himeka’s grasp, hit a superkick, a german suplex, then a dragon suplex with the bridge for the pin. What was here was good, but it was limited. This match definitely needed another 5 minutes. It took so little offense to put Himeka down that I don’t think she got much out of dominating the majority of the match. **3/4

This saved the show for me. I watched this spoiled, and to be completely honest, was dreading this match, not because I don’t love both of the participants, but because knowing it was a draw was going to take all the drama out of the match for me, and I expected they would be stretching things out to hit the time limit. I was wrong, and this is now one of my favorite matches of the tournament. These two killed each other for 20 minutes with very little padding added to the match. Even knowing the result, I started to bite on the near falls, and the bell signaling the time limit completely caught me off guard, as I thought it was around 10 minutes in, 15 max, rather than the full 20. Just a really good performance by two of the best wrestlers in the world today. ****

I always have lower expectations for a show when I know the wrestlers have already worked once on the same day, and this show did nothing to change my opinion. I couldn’t imagine working two matches in one day, especially in front of a crowd like this one, that, excepting the main event, was largely silent unless the workers were begging for a response. I would love to see Mayu Iwatani and Himeka in a main event, because given time I think they could put on a four-star plus match. The main event gets a recommendation, as does Jungle/Maika, but nothing else is essential viewing. That being said, the complete show clocks in at only two hours, twelve minutes, so it is an easy watch and Stardom always entertains. 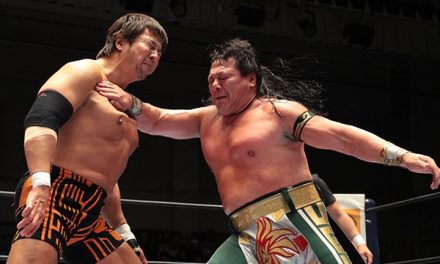 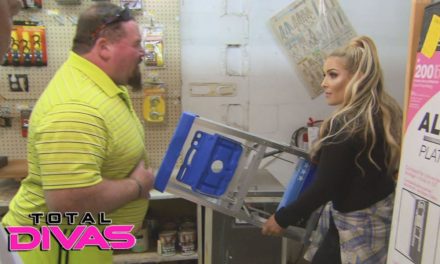