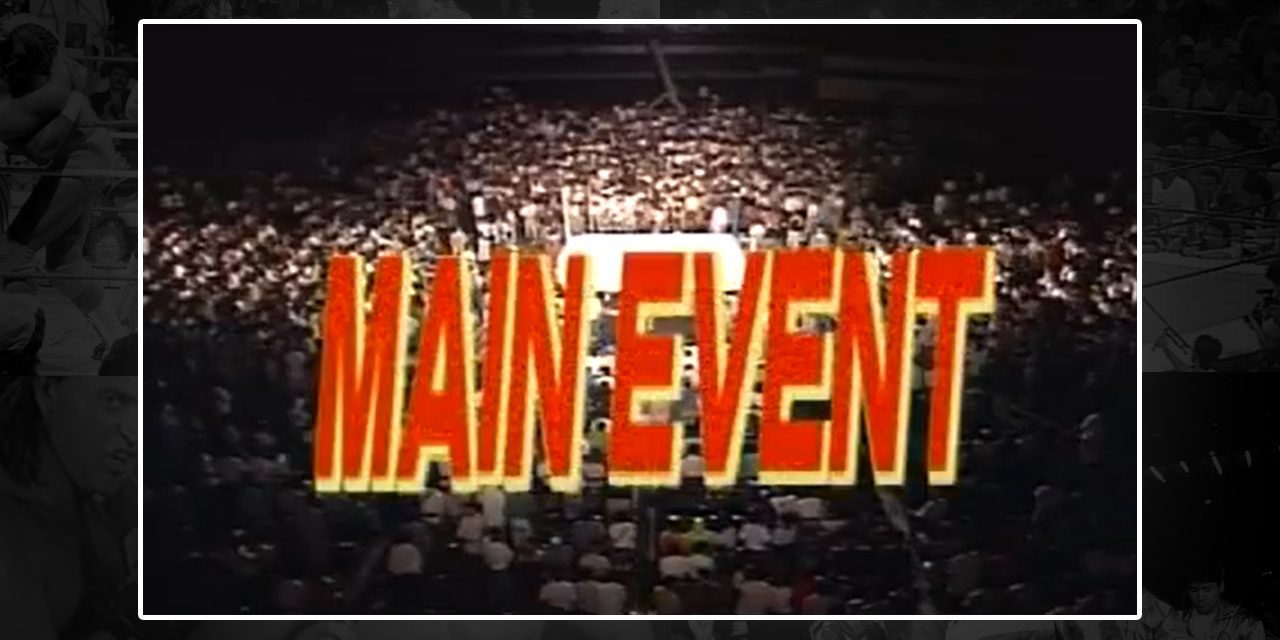 The collection of matches and segments I am watching for this series come from a 1992 Yearbook created by Goodhelmet, a longtime poster at the Death Valley Driver Forum and other wrestling places. A cross-section of the best (and worst of wrestling within a certain year), it is a great snapshot of everything of importance. The footage is taken from the July 31-August 7.

Another week, another trip to Japan and Mexico for the in-ring action, while there was a distinct Southern-fried element to the angles and vignettes as 1992 felt like it had entered a holding pattern, a year waiting for the next big event to stand out above and beyond the rest of the action.

The footage for this week starts off with our first look at anything NAWA-related. A relatively short-lived independent, the NAWA was the home of the Boston Bad Boy and Tazmaniac. This was nothing much more than a standard heel promo by a manager for his mute charge. All this served to establish for me was the absolute job Paul Heyman did in presenting Taz as a one man wrecking crew as I can’t help but notice how small and unimposing he seemed throughout this.

Having spent a lot of time recently in the upstart AAA promotion, this week’s lucha instead has us heading back to CMLL as Negro Casas, Emilio Charles Jr., and Bestia Salvaje took on Atlantis, Lizmark and Ultimo Dragon. The match was joined in progress, yet still in the primera caida as all six men were brawling around the ring. Casas, having handled Dragon at ringside, played ringleader to a beatdown on all three tecnicos as the referees tried and failed to restore order. A top turnbuckle assisted low blow on Dragon ended his fall, before Salvaje defeated Atlantis with a spinebuster and Charles finished Lizmark after a senton. Total domination by the rudos.

This continued into the segunda caida with Atlantis in particular getting the wrong end of a ringpost/crotch collision. Finally, and it had taken a while, a legitimate tag match broke out, yet the flagrant rule breaking by the rudos wasn’t particularly curbed. This all built to a great moment where the tecnicos decided they weren’t going to take anymore, sparking another six man brawl but one where they were firmly in control. This time, as order was re-established, it was the superior technical skills of the masked trio which saw them dismantle their opponents. It was Dragon who ended the caida, pinning Salvaje with a moonsault press.

A match once again threatened to break out as the tercera caida begun, but that didn’t last as Charles Jr. seemed to be the catalyst for some more extra-curricular shenanigans, including ripping the majority of Atlantis’ mask off. However, an attempt by Atlantis to regain some measure of revenge was to be his undoing as a missed dive allowed Charles Jr. to hit another senton and apply a seated stretch for the submission victory. This was a very fun, very heated contest, though the tercera seemed a bit anticlimactic and short compared to what came before it. Definitely worth a watch.

Just when I thought I was out, they pull me back in – another Razor Ramon vignette! This time, the old ways are being represented by men playing dominos, but Ramon don’t live in the past chico! He specifically calls out The Undertaker, The Ultimate Warrior and Randy Savage in this promo which has to…it has to…signal his imminent arrival.

Speaking of things that seem never-ending, a short clip of footage from Memphis focused on the Moondogs versus Jerry Lawler and Jeff Jarrett as Richard Lee’s hair was on the line. The finish itself was shown as Lawler only scores a two as one Moondog crossbodied the other, before Jarrett scored the pinfall after a retaliatory table shot also saw the Moondogs wipe each other out. Things aren’t over yet though – a clean shaved Lee (though wearing a hat with fake hair running out the back in a neat heel move) revealed that Fifi, the Moondogs’ sister, was angry and was coming to gain some measure of revenge. Lost in this was whether the titles were on the line…I think the Moondogs are still champions. Why miss the chance for another main event?

Heading over to Smoky Mountain Wrestling and things continue to build as Fire On The Mountain is seemingly just around the corner. The footage started as Down and Dirty with Dutch Mantell saw the host joined by The Stud Stable as Ron Fuller had made his return to team with Jimmy Golden. Even though I don’t always get what he was on about – talking about beating the Rock and Roll Express so bad that they’ll profess their love for him – Fuller is a good talker. Later on in the same show, the big push was still on for the barbed wire match as first Jim Cornette (via tomatoes) and then the Fantastics (via newspaper) showcased the dangers of tangling with the dreaded barbs.

I’m going to be completely honest with you here: the Fire Death Match between Mitsuhiro Matsunaga and Mr. Pogo from W*ING was a rubbish match for anything but the spectacle. Confined to the ring by the fire and by sparks that fired out of the ringposts every two to three minutes, there was a lot of rolling about on the canvas and Matsunaga doing his best to add tension by getting as close to the fire as he was able to, including a spot where his foot was dangled into the flames and one where his head was held in the sparks. That this ended with a ref bump as Pogo became frustrated, Victor Quinones hitting Pogo with a kendo stick by mistake and Matsunaga defeating Pogo with a small package was all a bit crazy really. Even the post-match felt odd as Quinones and Pogo got into a fight, before the wrestler began brawling at ringside with the Headhunters. Can’t really recommend this for anyone outside of those who like all of the sizzle yet none of the steak.

(this includes footage that wasn’t available through the set)

We finish on the first footage from Global for a long while. It was a short clip and one that I typically can’t find on the internet. From what I can tell, Manuel Villalobos was a wrestler who wasn’t known for winning too many matches, but the footage showed the tail end of a victory over Gary Young. Unfortunately for Villalobos, Manny Fernandez was out in the parking lot taking an axe to his car, or the car he had won – the clip didn’t make it entirely clear. This was short and to the point, though I loved that this type of angle was still a staple of independent wrestling at this point in time.

A slightly truncated article this week with a simple recommendation: check out the lucha, don’t check out the deathmatch. Join me next week as That Was The Year That Was.