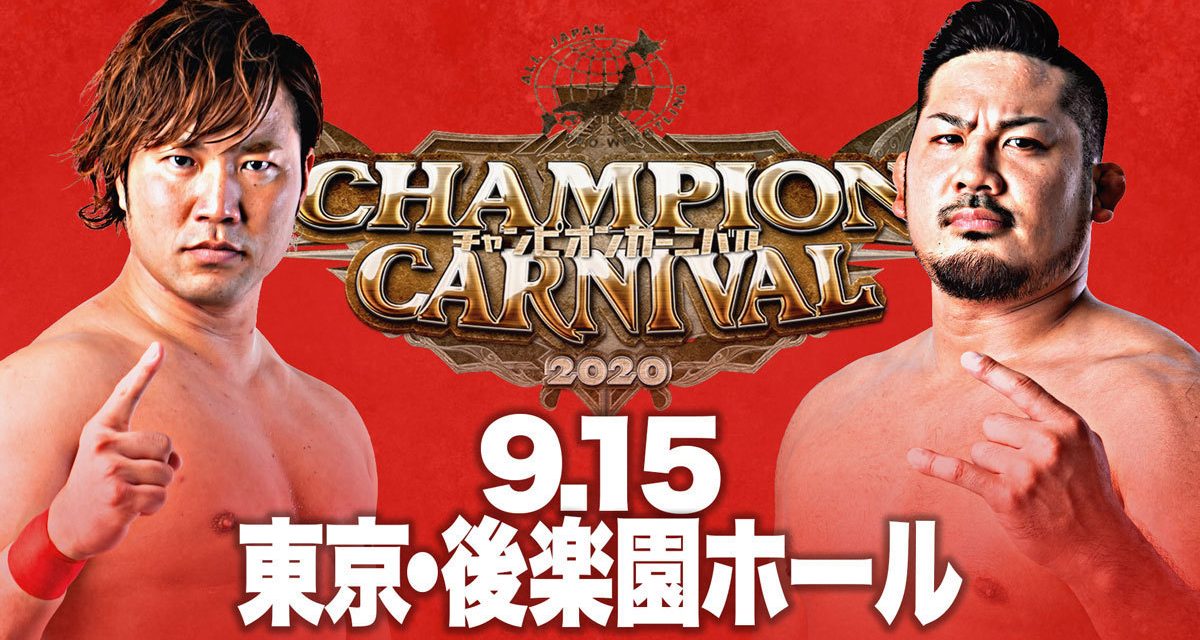 Jiro fired up with strikes to Zeus at the bell, but the much larger Zeus quickly took control. Zeus has been built up strongly as the leader of the Purple Haze unit, perhaps the strongest heel unit in the promotion following Enfants Terrible’s recent backslide. Jiro was coming into this one fresh off of a win over Triple Crown Champion Suwama in what was one of the biggest upsets possible in the tournament, and the eccentric former WRESTLE-1 champion worked over Zeus’s left arm for much of this match. Zeus was selling way too much here for the leader of a badass heel faction. A twisting brainbuster got two after Zeus took control, and Jiro almost surprised with a rollup, but Zeus quickly locked on his new front facelock finish and pinned Jiro with a chop, which I admit was funny. This was a very average match, but Jiro getting pinned with a chop was funny. The loss eliminated Jiro barring any double-DQs or double-countouts. **1/2

Both of these two pulled big upsets in Nagoya. For Yoshitatsu, it was a win over Yoshiken partner Kento Miyahara, and for Yuma Aoyagi, it was a win over Shotaro Ashino. Tatsu had to forfeit his last match, against Shuji Ishikawa, due to a back injury, and he came out all taped up for this one. Aoyagi worked over the back in the early stages, and for someone that seems positioned for a face turn, he was working awfully heelish here. Yoshitatsu caught Aoyagi in the Koji Clutch for a hope spot, but Aoyagi was able to escape. Tatsu collapsed at one point due to his injury in a spot that looked overly contrived, and Aoyagi then worked over the back until the referee stepped in to stop it. This was fine. The loss eliminated Yoshitatsu, barring any double-DQs or double-countouts. **1/4

After the match, Ashino attacked Aoyagi and posed over him, still upset over his loss on Sunday.

I am not nearly as high on Shotaro Ashino as some of my fellow VOW compadres. I went over the data, and he was fairly average as WRESTLE-1 champion even for such a low-level company, drawing less than 1,000 fans to Korakuen on average across his title reigns, well below the level of guys like T-Hawk, who crushed those numbers in his reign last year. This is All Japan, not WRESTLE-1, drawing sub-1,000 fans for a Triple Crown title match would be unacceptable, and I don’t really see a lot of evidence that Ashino is that over in Japan. In fact, I would say he might not have even been the most over former WRESTLE-1 champion on this show with Jiro Kuroshio, who outdrew Ashino as WRESTLE-1 champ, in a previous match. Kento ate Ashino up here and was a star way above the outsider’s level.

We got some outside interference from the Enfants guys, and Ashino worked over the ankle to set up for the ankle lock later in the match. We saw Aoyagi watching his former mentor, who he betrayed, outside the ring, continuing the teasing of a NEXTREAM reunion. More Enfants bullshit and Ashino ducked a knee to catch the ace in the ankle lock. We then moved into the closing stretch, which was hot with reversals galore. I really enjoyed we got the ankle lock in the middle of the ring. Kento’s selling and attempts to escape were really excellent. Following his escape, a Shutdown German got the win in an abrupt finish. The best wrestler in the world secured his first win of the tournament.

Ashino is effectively eliminated, as he could only advance if there were double-count outs or double-disqualifications. This was a very good match, and the best of the tournament so far. ****

Now let’s get to the other half of my disagreement with the VOW consensus, Jake Lee. This guy is a dude. He’s great and he’s more over with the AJPW fans (you can blame that on the booking but its a fact) than Ashino, as was obvious from the reactions on this show. Lee’s popularity, especially with the female fans in Japan, is significantly underrated by Western critics. I was in the building on January 3rd for Lee’s rematch for the Triple Crown Title, and by the end of the match, he was getting more cheers than Kento Miyahara, which is crazy in All Japan.

Now to undermine my whole argument, this match started very slow and wasn’t very interesting for much of the first half. Suwama, 43, can still go when he wants to, the Lee match in last year’s Carnival comes to mind, but he was not putting in a lot of effort here. The match started to pick up around the ten-minute mark, and Suwama fired off with a powerbomb, and then brutalized Lee with chops and lariats, until the leader of JIN countered into a Fujiwara Armbar and then transitioned into what looked to be a Modified Udegatame. The referee quickly stopped the match in what was another very abrupt finish. This match had very little flow to it and felt very stop and start. The loss eliminated Suwama, barring any double-DQs or double-countouts. ***1/4

Nothing can be decided in A block on the next show, but B block does have some drama.

This was the best night of the Carnival so far, although that isn’t saying much. This year’s tournament has been a big step down from the previous two years. Kento-Ashino was the best match of the tournament so far; its Kento Miyahara in Korakuen Hall, I mean, come on. The fans were electric and it felt like we got some sense of normalcy back in All Japan. I’m excited about the next show, which takes place on September 21st. We will get to see the rematch between Kento Miyahara and Yuma Aoyagi after Aoyagi’s heel turn earlier this year. I think Aoyagi should’ve beaten Kento instead of Yoshitatsu, but the way the points break out, it seems clear that Kento is winning. The company has also been teasing a reunion between the two, so watch out for that. 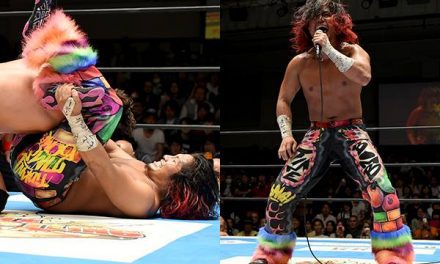 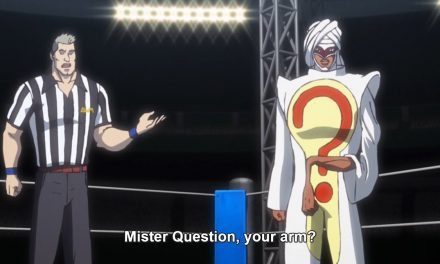 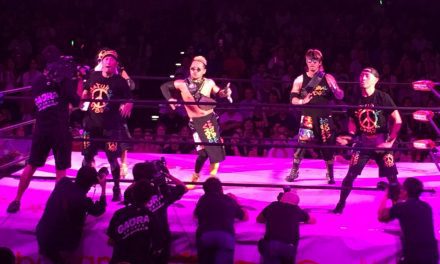