This year marks the 40th Champion Carnival to take place in All Japan Pro Wrestling.

The first Champion Carnival took place in 1973, only six months after Giant Baba had formed All Japan Pro Wrestling. The Champion Carnival, however, went on hiatus in 1983 and only resumed in 1991. The reason for this hiatus was straight forward: the Champion Carnival had stopped drawing in an era of DQs and dusty finishes. When it was brought back in 1991, in the era of the Four Pillars and clean finishes, it was a smash hit. Such a milestone, however, is occurring in less than ideal circumstances.

While Japan is opening back up, cases of the coronavirus are still spreading, resulting in All Japan deciding to have a smaller field in the Champion Carnival with only six shows in the tour. Though some big names announced back in February are out, we will see the Champion Carnival debuts of Shotaro Ashino, Kuma Arashi and Jiro “Ikemen” Kuroshio, who have all made All Japan their main base of operations since the pandemic started and Wrestle-1 folded.

Unlike in New Japan’s G1 Climax, wins in the block stage do not count as tie-breakers. So if two wrestlers end up with the tied for points at the top of their block, they must face each other in a playoff match regardless if one of those wrestlers already got a win over the other during the block matches.

The other rules are your standard round-robin tournament rules in Japan. Two points for a victory, one for a time limit draw, and zero for a loss or a double count-out.

All Japan, unlike other promotions that hold tournaments, are looking to spice up their undercards during the Champion Carnival. Ikuto Hidaka will challenge Koji Iwamoto for the PWF World Jr. Heavyweight Championship on the September 21 show, as well as Shigehiro Irie and the recently debuted in All Japan, Koji Doi will each work several of the tournament shows in undercard tags, where we will get to see Doi and Kento Miyahara face off for the first time in almost two years on September 13.

The Champion Carnival begins on September 12 at the Nagoya International Conference Hall and ends in Tokyo at Korakuen Hall on October 5.

Let’s take a look at this year’s field.

Paul Völsch covers A Block while Gerard Di Trolio takes a look at B Block.

Jiro has been a somewhat controversial figure in All Japan so far. In theory, he is not even supposed to be here anymore as he was slated to join WWE in the spring but the pandemic obviously ruined those plans. With the demise of his former home in WRESTLE-1, Kuroshio has become a regular fixture in All Japan instead. While he is not an elite level worker, he is good enough to hang with the top guys in All Japan. There are a number of intriguing matchups for him in the tournament so I am willing to give him a chance to change my mind on him. He also has an outside shot at winning as well, if All Japan is willing to shake things up in a big way.

Zeus really has grown on me as a heel in Purple Haze. He got off to a rough start when the faction was plagued by outside interference nonsense. But since they have turned that down Zeus has morphed into a mean badass just beating up his opponents until they stay down.

If he hadn’t won the All Asia Tag Title recently he would be right up there with Jake Lee as a favorite to win it all. With that said he still has a solid chance. The Triple Crown title match for the Champion Carnival winner will be in Osaka, so it would make sense to give Zeus another title shot in his home town. Giving him another reign as a heel would also put an interesting spin as well.

At age 43 Suwama is on the most dominant run of his career. After upsetting Kento Miyahara in March to win the Triple Crown for a record seventh time, SUWAMA has been sitting on top of the promotion as both the top singles and tag team wrestler. Since he recently defended his tag team title against top tier challengers Kento Miyahara and Jiro Kuroshio, his reign on top of the tag team division may yet continue for a while longer. SUWAMA’s singles reign is likely coming to an end sooner rather than later. Whoever wins the tournament will go into the title match as the heavy favorite to unseat Suwama. Given that this is likely Suwama’s last Triple Crown reign lets enjoy the sight of him with the belt for as long as we can.

Lee is the clear favorite to win the tournament and finally ascend to the top of the AJPW mountain. That puts an incredible amount of pressure on Jake Lee to perform well in the tournament.  That is cause for concern as Lee tends to be myopic at the best of times. Great performances are often followed by tepid affairs and the most interesting question of the tournament is whether he can finally achieve consistent greatness.

Even all the way back when he was Kumagoro in WRESTLE-1, I saw a lot of potential in Arashi. He is a great big man that carries his frame well and projects toughness. That makes him a perfect fit for All Japan and with his long term tag partner Koji Doi recently making his debut as the newest member of Enfants Terribles, Arashi has to be the frontrunner to win the tag league and unseat Violent Giants from the top of the tag team division.

As for the Champion Carnival, he has a good chance of upsetting Suwama but that’s about it.

Ashino has been tremendous in All Japan since showing up back in April. His three singles matches so far, versus Yuma Aoyagi, SUWAMA and Hikaru Sato have all delivered from a match quality standpoint even if you don’t agree with the booking. But despite the misgivings about how Enfants Terribles has been booked, they have been winning all of their matches on the past couple of shows. The Champion Carnival will be a big window into how Enfants Terribles will fare moving forward. While Arashi will probably finish near the bottom of his block, I think it is really important to go all the way with Ashino to at least the finals, if not winning. While I don’t think he will win, a finals appearance will be important to keep Ashino and Enfants Terribles a force in All Japan.

Yoshitatsu continues to plug away in the midcard as the GAORA TV Champion. Despite his reputation, he is a solid worker, and plays the babyface in peril quite well, managing to garner sympathy when he is beaten down. Given some of the wrestlers in this block and the need to make stars, I’m predicting that Yoshitatsu finishes last in this block but he may get a big surprise win over someone like Ishikawa.

Since Kento lost the Triple Crown to SUWAMA in March, he’s been essentially a tag team wrestler. He challenged unsuccessfully for the All Asia Tag Team Championship with Francesco Akira, and challenged twice for the World Tag Team Championship, once with Yoshitatsu and most recently with Jiro Kuroshio. It’s hard to tell if downcycling Kento had hurt business. All Japan hasn’t returned to a full time touring schedule and all of the Korakuen Hall shows they have had sold out under the restricted attendance numbers. So perhaps it is the perfect time to keep Kento busy in the midcard. But given he is such a bigger star than anyone else in the company, you can never discount him winning this, though I believe the company should take the opportunity to try to make new stars.

While I thought Ishikawa’s match against SUWAMA for the Triple Crown last month was great, that fact that Ishikawa has been showing his age lately prevented it from becoming something that approached match of the year level. However, Ishikawa has been dropping weight lately and it shows and so far he is moving well in tag matches. So I think we will get some good matches out of the 44-year-old who turns 45 during the tournament on September 25. While many have joked that as the booker he’s given himself a Triple Crown challenge and a lengthy World Tag Team Championship reign, I seriously doubt he will even be sniffing the finals, however, he may be playing the spoiler role as he faces Kento on the final night of block matches.

After a great heel turn on Kento in January and a great Triple Crown challenge against Kento in February, Yuma has lacked direction, often teaming with his younger brother Atsuki in the opening or second match on a show. His biggest match since February was to lose to Ashino back in June in order to establish Enfants Terribles in All Japan. Yuma should get some big wins here, but he probably won’t be making the finals, but I don’t think you can totally rule him out as a dark horse, as that would certainly jump start him after cruising along for months now. 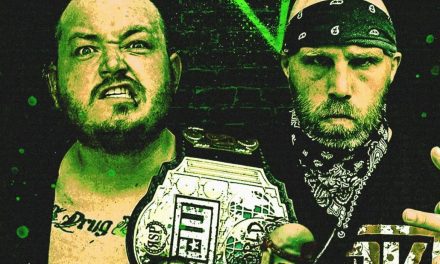 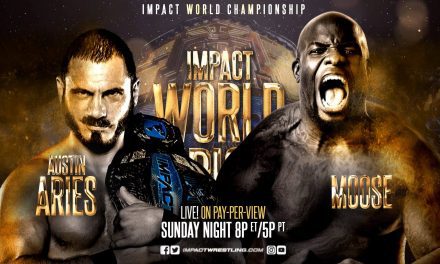