It’s DGUSA’s two year anniversary! Before ending the anniversary weekend with “DGUSA Enter the Dragon 2011 – Second Anniversary Celebration,” Case and Mike talk about the big events of May and June 2011 including Jon Moxley reporting to FCW, and how indicative his class at WWE’s developmental was of the times, EVOLVE’s first-ever Style Battle, Akira Tozawa’s final weekend in PWG, and perhaps two separate events that most drastically changed the wrestling landscape of the 2010s with nearly a decade of hindsight: New Japan’s first-ever USA tour that crowns the first IWGP Intercontinental Champion and Ring of Honor is bought by Sinclair Broadcast Group.

After that timeline, It’s time to celebrate DGUSA’s 2nd Anniversary at B.B. King’s Blues Bar and Grill in New York City on 6/5/2011! YAMATO defends his Open the Freedom Gate Championship is the main event of the anniversary show that also has a Ronin & X vs Blood Warriors Elimination Six-Man Tag Match, D.U.F. finally face off against Masaaki Mochizuki & Susumu Yokosuka, and a Nine Way Fray match! 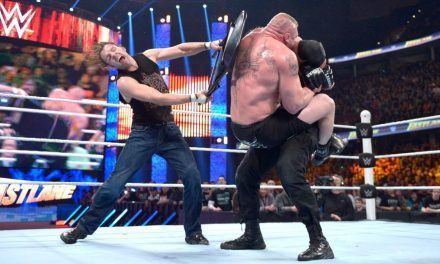