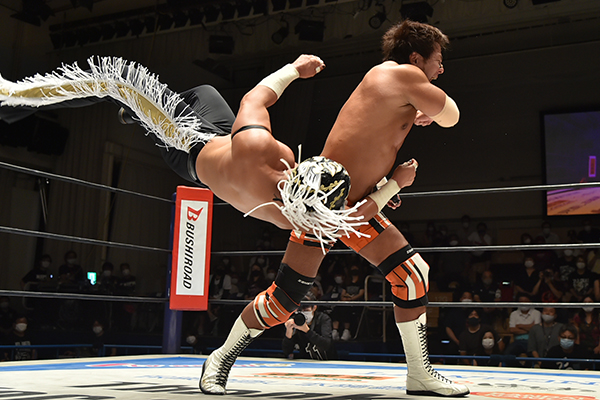 The new Never Six-Man champions make a really fun team. While Yoshi-Hashi still exudes strong geek energy the title belt does look good on him and he seems to have an additional spring in his step right now. My other hope with this team is that it will lead to Goto and Ishii becoming a regular team. Every time they team up they have great chemistry and I’m baffled that New Japan has never given them a push and a tag title match as a team. Gabriel Kidd was originally scheduled for this match until he got injured. As for the match itself, it was your usual New Japan Young Lion opener.

This match was preview for Jingu as Wato faces Kanemaru in the opener on that show and Golden Ace get their rematch for the tag titles. That leaves Tenzan and Douki, which would be an utterly fascinating match. The recent tensions between Tanahashi and Ibushi weren’t played up in this match but I nevertheless expect them to break up soon.

In this match, the fake crowd noise app became very noticeable. I can’t say that I’m a fan of it as the fake booing just sounds like a low hum and give the whole thing a train station atmosphere. But I am reserving judgment until we get a heavy heat angle whether its better than no noise at all. A fun preview tag but I felt it ran a little long.

I came into this match with very high expectations so I ended up slightly disappointed as it never got out of second gear. With that said I loved the finish of the match. Despy simply outplayed Kojima by taunting him into getting DQd for using the lariat. While it is only a DQ win this is easily the biggest win of Despy’s career so far beating a former IWGP Heavyweight champion. Otherwise, they worked a very solid if fairly unspectacular match. But I wouldn’t mind seeing them in a straight match no stipulation match in the future. Despy is one of the bigger juniors and could reasonably move up to heavyweight if he put on a little more muscle.

This match was exactly what you would expect it to be. It did not overstay its welcome and both men worked well with the stipulation. Yano was working at double speed as he needed to get out of there in under five minutes and already had his stuff packed backstage. You could feel the urgency of the kick outs with both men desperate to avoid getting pinned. A quick and fun match.

This was the most vanilla out of all of the first round stipulations and as such resulted in a match that wouldn’t have been that different without it. It is also the result of SANDA being a complete dumbass and not understanding how the concept works and just agreeing to SHO’s suggestion of a submission match. Nevertheless, this was easily the best match on the show but also was nothing blow away. I did like that SANDA varied it up by focusing on SHO’s legs instead of his neck like he normally would and it played into the finish as well. SHO more than held his own against SANDA and has come a long way when it comes to his ground game. Just an all-around solid performance by both men.

What an utter stinker of a match this was. The Yujiro vs Okada feud has been a complete failure with terrible matches. I hope that these two stay far apart for the rest of their careers now. In the other KOPW matches the stipulation didn’t get in the way of the match and it definitely did here. Most handicap matches are bad anyway but it was exasperated here by involving four men that have little to no experience working them. Therefore, it resulted in a disjointed mess of a match that was one of the worst New Japan main event matches.

A solid show with a terrible main event. Nothing on this show was must-see so unless you are invested in the KOPW gimmick you can safely skip it. The main event was a mess and not in a fun but just boring way. I remain cautious about the whole KOPW concept but maybe it will become more interesting down the line. 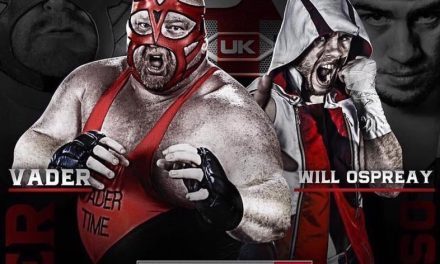 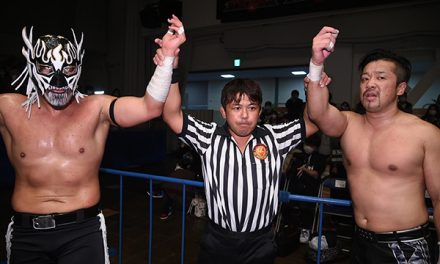