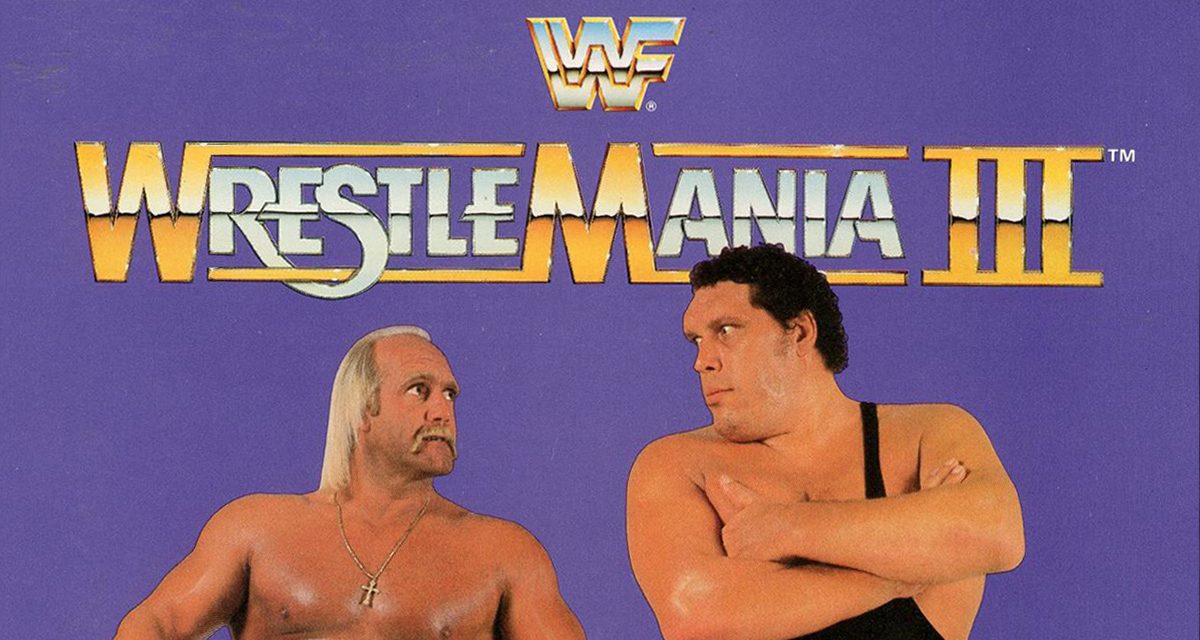 On Sunday, August 23, I will be releasing a book titled Bigger! Better! Badder! – The Road to WrestleMania III.

Across the course of the book, I aimed to explore what happened between WrestleMania II—a commercial success as a show but certainly not a critical one—and WrestleMania III, the peak of the WWF’s national expansion up until that point.

Most wrestling fans know about Andre versus Hogan, Savage versus Steamboat, and Piper versus Adonis. However, the year in between the two shows saw other huge feuds, additions to the roster and changes to the tag team division that all built towards a record-breaking show. From Paul Orndorff’s turn on Hulk Hogan, the development of wrestlers such as Jake Roberts, the antics of Danny Davis and the debut of the Honky Tonk Man amongst others, the WWF between the two pay-per-views managed to build momentum and never really slowed down until the Silverdome. Join me on The Road to Wrestlemania III by checking out the Prologue as I aimed to contextualize where the promotion found itself by the end of WrestleMania II. 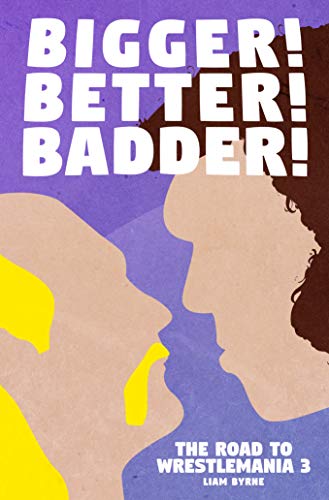 At the time, WrestleMania III was the peak of Vince McMahon’s national expansion and was a success creatively, critically and commercially.

If you rewind just a little under a year, things weren’t looking as rosy.

Considering the success of the initial WrestleMania pay-per-view, it is arguable that its sequel was somewhat of a failure. With the National Wrestling Alliance offering Starrcade from two different places at the tail end of 1985, McMahon set out to trump his nearest opposition and run the show from three locations. Emanating from the Nassau Coliseum, the Rosemont Horizon and the Los Angeles Memorial Sports Arena, the plan for the show appeared to be that bigger equaled better.

That was also evident in the number of celebrities who found their way onto the card in some capacity. The involvement of Cyndi Lauper, Mr. T, Muhammad Ali and Liberace were some of the real highlights of the original WrestleMania. A year later, the number had increased almost exponentially as celebrities lined up to be guest referees, ring announcers and commentators. However, it was always going to be hard to match the quality of the additions to the inaugural show, with people such as Rick Schroder, Daryl Dawkins and Susan St. James not at the heights of the aforementioned celebrities.

It was this attempt to capitalize on the widening appeal of the promotion across the United States, from running in multiple arenas and incorporating numerous non-wrestlers, that left things feeling a little thin across the card. With the focus on delivering the pay-per-view to the viewers at home, the action felt rushed and very little was given time to breathe.

The booking of the talent didn’t help either. Though critical acclaim has never been the sole reason as to why a match, angle or feud made its way onto WWF television, the in-ring offerings from WrestleMania II were less than stellar. The same could be said for the debut edition of the show, but that had managed to capture the public’s imagination through the clever use of celebrity. Cyndi Lauper’s role as the manager of Wendi Richter, coupled with Mr. T teaming up with Hulk Hogan in the main event, guaranteed a level of enthusiasm that was always going to be challenging to replicate.

In the ‘main’ main event of the whole show, Hulk Hogan defended the WWF World Heavyweight Championship against King Kong Bundy in a steel cage match at the Los Angeles Memorial Sports Arena. The booking of Bundy both on the house shows and on television had helped build him as a viable challenger. Most importantly, this included a Don Muraco-assisted assault on Hogan on a Saturday Night’s Main Event a month and a half before WrestleMania that sealed him as the Hulkster’s opponent for the pay-per-view.

Despite this, Bundy never felt likely to topple Hogan from the lofty perch he had held for over two years by this point. The champion did what the champion always did: overcame adversity and regained the title. In defeat, Bundy was branded ‘a gigantic Mr. Potato Head’ in a local New York newspaper, highlighting the perception of the latest title challenger by the mainstream media. Though physically impressive in size, Bundy’s overall look wasn’t necessarily the most intimidating.

While the Rosemont Horizon enjoyed the feel-good moment of the British Bulldogs defeating the Dream Team for the WWF World Heavyweight Tag Team Titles, things at the Nassau Coliseum were underwhelming in comparison. Considering the success of his booking the previous year, it wasn’t a surprise that the WWF hired Mr. T back for another storyline, even as his star was beginning to wane. The mistake was putting him opposite Roddy Piper in a boxing match. Between the real-life animosity, the pair had for each other and a non-wrestling spot being a waste of Piper, it was unsatisfactory all round. Even a post-fight brawl after Piper earned himself a disqualification by bodyslamming Mr. T couldn’t save things from a critical standpoint.

Outside of the main events, the best talent and characters were largely wasted. While there were storyline reasons for a number of the matches, the booking tended to avoid more ‘obvious’ pairings with an eye on the arena shows further down the line. Underneath the Piper and T debacle, the WWF’s current Intercontinental Champion was stuck in an interminable feud with a gimmick that had long passed its sell-by-date. Randy Savage, pound for pound one of the best wrestlers in the promotion at the time, defeated George Steele in a match that centred around The Animal’s ongoing desire for Miss Elizabeth.

With Savage only winning the title in February and in a decidedly dodgy fashion (a blow with an illegal object ending Tito Santana’s reign), conventional wisdom might have seen Santana’s return match for the gold at WrestleMania II. However, Tito was otherwise engaged that night, teaming up with the Junkyard Dog in a defeat against the Funk Brothers – one of the show’s better offerings.

Other wrestlers that were arguably in positions that added little to the overall card included Adrian Adonis and Ricky Steamboat. However, it was the Adorable one that got the worst end of the booking. A match against Uncle Elmer might have made aesthetic sense – a wrestler who felt he was beautiful versus a hog farmer who was anything but – yet it did little from a creative or critical perspective. A missed legdrop was all it took for Elmer to stay down as Adonis landed a top rope splash for the win in just over three minutes.

Steamboat’s match against Hercules Hernandez was worthy of both more time and more merit than Adonis versus Elmer, but it felt like a throwaway contest with little build. Steamboat won the match with a top rope crossbody in just over seven minutes, at least giving the fans what they wanted in terms of the result. A decisive win also freed him up going forward in terms of feuds, a situation that the promotion was planning to take advantage of very shortly.

Though the multitude of celebrities was generally of a lesser quality than those from the previous year, one stroke of genius that McMahon did pull was the involvement of the NFL athletes in a twenty-man battle royal at the Rosemont Horizon. The debut WrestleMania’s media coverage was driven by the participation of Cyndi Lauper and Mr. T., two celebrities who were arguably at the peak of their powers. Waning public interest in T. was never going to garner the same level of attention. Still, the involvement of members of the reigning and hometown Super Bowl Champions, the Chicago Bears, was a coup for the promotion. The mainstream media shone a light on that match, so by proxy the show as a whole.

The pick of the bunch was William ‘The Refrigerator’ Perry, a defensive lineman for the Bears and a larger physical specimen than many of the wrestlers involved in the contest. Andre the Giant and Bruno Sammartino were the biggest names in terms of wrestling talent, but a lot of the focus was on Perry squaring up to Big John Studd. While Studd eliminated ‘The Refrigerator’ much to the dismay of the Chicago crowd, Perry was quick to gain revenge by pulling Studd from the ring to the floor, eliminating him in the process.

Though Andre’s historic speciality had been the battle royal, it still felt a step backwards for the Giant. Having battled Studd at the inaugural WrestleMania following a heated feud, Andre’s name and size was the selling point at this time, rather than his involvement in a notable storyline. With age and illness slowly debilitating him physically, the battle royal was a way to hide some of his limitations. Even in victory (eliminating The Hart Foundation by himself), at this point it was difficult to see Andre positioned as anything other than a unique attraction going forward.

The talent was there at this time. Twenty-two wrestlers who wrestled at WrestleMania II were also in action the following year in the Pontiac Silverdome. Missing in 1986 were the storylines to engage the fans and the action in the ring to resolve these feuds. Somewhere between the two shows, the WWF managed to take the moving parts that they had at their disposal and finally realised their potential in terms of booking the ultimate event.

It is the path that this book aims to tread. How did the promotion go from the misfire of WrestleMania II to booking the biggest show in wrestling history just under a year later? By following the arena shows and the nationally syndicated television, we shall explore how the promotion finally delivered on WrestleMania’s potential two years after its debut. 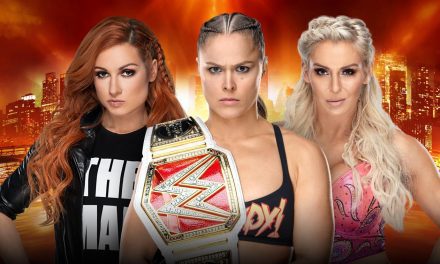