Beautiful Tragedy: The Guilt I Feel Loving Okada vs. Shibata 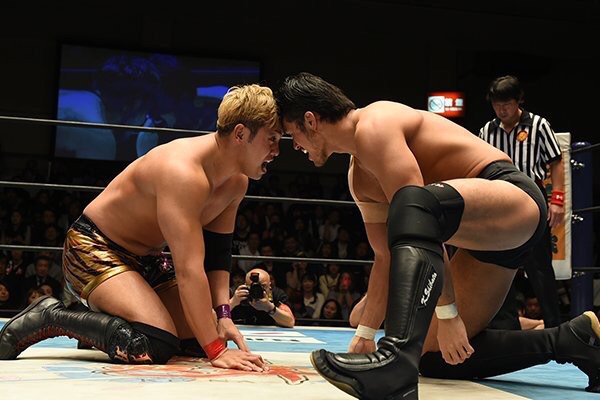 You should never feel bad about the love you have for a professional wrestling match. You should never look back at a great match and feel a ping of awfulness in the pit of your stomach for liking it, for holding it in such high esteem.

That’s not how enjoyment works.

When you enjoy something it makes you feel good, it makes you want to experience it again and again. Love does come with heartbreak, setbacks, and moments of doubt but in the end, prevails and leads to something wonderful.

I find it a beautiful violent display of professional wrestling. The wrestler responsible for bringing me into the NJPW fold (Okada) versus the man I would discover afterward and become filled with diehard respect and awe of (Shibata). Okada was at this time in a legendary stretch of his career, every title defense a must-see. Shibata’s ability and style was bonafide and well established. The bar for this match was established high, and neither man felt the need to jump over the bar, they proceeded to smash right through it without any care.

It turned out to be an excellent match, little argument has been raised against this majority opinion. There are arguments on how great a match and the details of the performances within, but it is a great match and I remember watching it unfold completely captivated and in awe of it laying out and progressing in front of my eyes. My favorite wrestlers locking horns and dueling. Okada that cocky but talented bastard versus this no-nonsense no bull and stern warrior. Am I being dramatic in these descriptions? Absolutely and without apology. For the drama seemed real, felt real, and it reeled me in as things went deeper and deeper into the match. Before we even got to the final moments I knew a masterpiece was created.

Then disaster, although we didn’t realize it at the moment it happened.

An ill-advised shoot headbutt from Shibata which would draw blood from his own head occurs. It was cringe-inducing before knowing the aftermath, it is now near impossible for me to watch knowing what that (and severe hydration) would lead to after it was all over. Shibata’s career soon after would be declared over. There is always that faint hope it won’t be true, that maybe he’ll battle back, but the hope is faint and as each year passes dims out of sight.

When I put this match back on during the writing of these thoughts I couldn’t help but ask myself as the match started, would I still enjoy this? Knowing the end result would my love for this match still be at that exhilarating high. Or would the reality of the end result be too much for me to overcome?  I confess that as a spent and clearly not all there Shibata gets hit by the match ending rainmaker and is put down the first thoughts in my mind wasn’t this ended Shibata’s career rather it was “This was still a great match.”

Soon after that realization, the pang of guilt hit my stomach as it felt wrong.

It felt wrong thinking a match where one man’s career had ended due to some ill-advised decisions is not only a great match to me, not only one of my favorite matches during this Okada title reign but one of my favorite matches period. It’s a lengthy match with exceptional work throughout, but does it not reason the ill-advised decisions of Shibata override the body of work that was excellent? Was I wrong in believing the overall excellence of the match overshadowed the ill-advised decisions of Shibata? How can the end of a man’s career be overshadowed no matter how great the work is? It cannot there is no overshadowing or ignoring the truth that this match ended Shibata’s career and instead of being touted as a great match, it should be a cautionary tale of the decisions one makes in the ring.

This realization doesn’t change the fact it’s one of my favorite matches. No doubt this is a potential failure on my part. Is it wrong to hold in such high regard a match that ended a man’s career?  All the morals and ethics inside me say yes, but we all have our failings and this is one of mine. I with guilt and regret absolutely love this match. It is one of my favorite matches. Art is not always excitement, joy, and happiness. Sometimes it is sorrow, pain, tragedy, and those three words come to me as I think about this match. A tragedy that manages to be beautiful, the highest of highs to go out on, but a reminder that all it takes is one poor decision and it can all come crashing down.

Shibata/Okada is one of my favorite matches of all time, and that fact fills me with guilt. 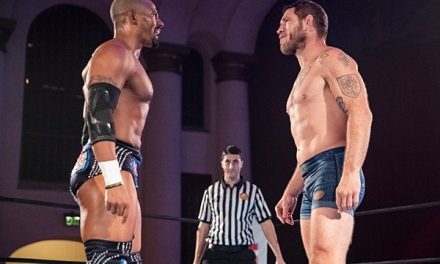