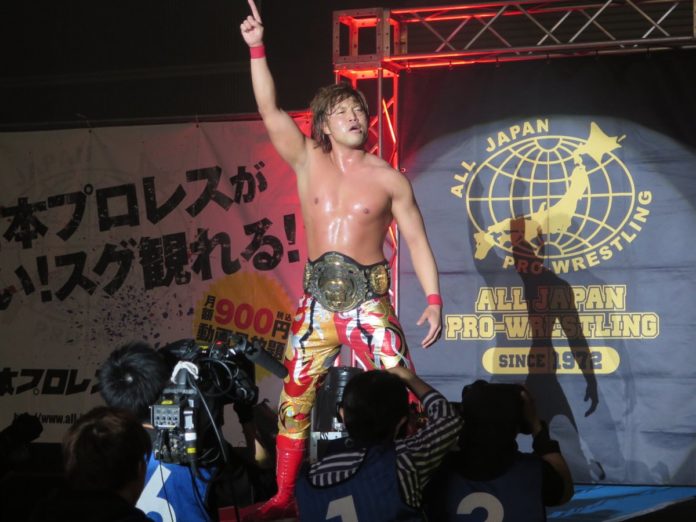 The fear of missing out continues to play mind tricks on me. Every time I dive back into consuming current day wrestling, the experience has left me frustrated most of the time and agnostic at best to the business as a whole. It is becoming a common cycle that I swear off 2020 wrestling, don’t watch any wrestling for two to three days, start watching older stuff, and then venture onto Twitter and the VOW Discord and get my interest raised on matches that are getting praise. In retrospect, this 100-match to watch and review concept was a dumb gimmick that I thought of. Too many matches I watch currently either leave me with not having anything compelling to say (Yuji Nagata vs. Minoru Suzuki would fit this mold of matches I have really liked lately) or my review would sound like a teenager being broken up with full of incoherent but venomous thoughts (the current NJPW main event landscape). From now on, if I feel I view a match that needs to be championed or dissected, I will do so without an arbitrary limit in mind.

This match piqued my interest when Gerard Di Trolio stated in his review that this could be the best tag match of 2020. I have perplexing thoughts about all four of these individuals. Miyahara as I have mentioned before is the most highly praised wrestler along with Will Ospreay that I am lower on. In general, I think Miyahara has great charisma and offense but falters with selling and pacing in most of his most highly acclaimed matches. He has some certifiable MOTYC in my eyes like the October 2018 Zeus match and September 2019 Nomura match, but more times than not, I am left grading lower than the consensus. SUWAMA is possibly the most inconsistent major puro worker in the past 15 years in my estimation. I have gone through numerous peaks and valleys with his in ring work over the years and don’t really have a firm foundation of where I currently stand. Yoshitatsu was really frustrating in recent years just based on his prominence in low-level show main event tags both when he was in NJPW and then transitioned to AJPW. That leaves Ishikawa who has been on a sliding scale of 2016 where I thought he was one of the best wrestlers in the world, 2017 where he was great, 2018 were he was damn good, and 2019 where he was disappointing with a rare strong performance. Ishikawa has been wrestling at a hard pace for nearly two decades so it was expected that father time would be catching up with him sooner rather than later.

The match had a ton of positives going for it. Violent Giants dominate most of the match and that provides traditional control sequences on Miyahara and an even longer one on Yoshitatsu. This structure captured the strengths of all the workers involved and helped shield the weaknesses. Miyahara was able to muster some offense and tag out instead of blowing through some of his finishers and securing the victory, the Violent Giants both looked bruising and dominant while showing how speed and tenacity could be their downfall and Yoshitatsu became a sympathetic figure that had me biting on his hope spots and glimmers of offense including his submission attempts. In addition, the empty setting wasn’t that much of a hinderance for Miyahara. His crowd connection is special and obviously we don’t get that, but he did a stellar job by continuing to bring the viewer into the action by recognizing where the camera was and communicating with it.

With such overwhelming positives, I may be too punishing on my overall grade. However, I can’t shake the feeling that the match overall was around 5-7 minutes too long. All of the story had been told and the appropriate level of dominance by the Violent Giants had been displayed. Yoshitatsu locking in that submission multiple times gave diminishing returns when it became an inevitability that it wouldn’t be enough to win the tag titles for his team. In addition, there were certain moments of execution that allow me to get nit-picky with. Ishikawa took an awkward German bump, some of the breakup attempts on pinfalls were extremely weak and even the strikes overall became hit or miss as the match progressed. This could be explained away with tiredness but I still would have liked to have seen some more desperation and tenacity from the Miyahara/Yoshitatsu side even if the stiffness wasn’t there. Overall, an extremely good tag match that fell just short of being great for me. ***3/4

I was pointed to this match by Thomas Fischback and Adam Summers from Big Audio Nightmare promoting it on Twitter. Its intrigue was mainly focused around it being a lower level promotion where I figured the new post-COVID-19 crowd landscape wouldn’t make it seem so weird, and that besides Seikmoto, I was unfamiliar with the other three competitors. Sure enough, a review of my spreadsheets showed that I had never watched a Sato match before and I was stunned to learn that according to Cagematch, the team of Hayato and Arata had around 25 matches combined. I wouldn’t classify this as a great match overall, but it is an integral match in making me realize some of the new prospective talent coming on the scene and giving me hope in that area. I seem lower on most of the NJPW young lion crop than the consensus of reviewers, but I was particularly impressed with what I saw here especially from Hayato. He mixed it up with Seikmoto in the strikes department and had good fire and timing in his hot tag in the later portions of the match. The match also worked in showing the ebbs and flows based on who was facing off with whom. Sekimoto is miles above anyone else in the match credibility wise that any defense against his attack or brief moments of offense in the later stages of the match, feel like a great accomplishment for his opponents. I am unsure where Sato will slot overall throughout his career, but his dropkicks and leg stomps were proficient and he was an effective underneath partner for Sekimoto. The finish was excellent with Sekimoto being neutralized and Hayato picking up the victory over Sato.

Coming in, I would have expected Sekimoto to reign supreme, so this was a pleasant surprise. The post-match discussion with Seikmoto and Hayato had the legend putting over the newcomer. Overall, this was the most optimistic I have been watching a wrestling match since March. ***3/4