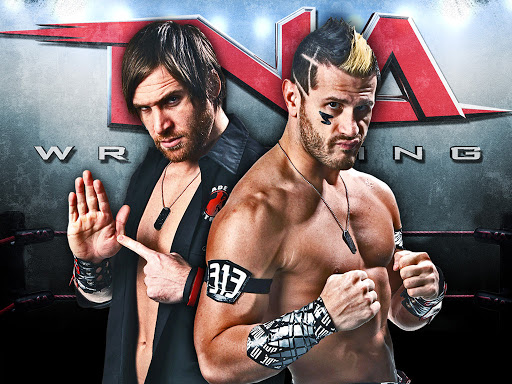 I didn’t quite cry when they returned at Slammiversary, but the emotional pull was strong. It’s a well-trodden tale round these here parts by now, but it was the dynamism of those two in the ring as singles competitors that sucked me into following this bizarre promotion 11 years ago and I’m still here.

Alex Shelley has been away from Impact for eight years. Chris Sabin has been back as an agent for a while but he last wrestled a proper match for the promotion in early 2014, meaning his absence ran to six-and-a-half years. With all of his knee issues and Shelley talking about retirement, I genuinely never thought I would see them team again in an Impact ring.

In those formative years of my Impact viewership, back in 2009 and 2010, it was those two and Beer Money that stoked my passion for tag team wrestling. Despite holding the Guns’ singles match at Genesis 2009 up to deity-like levels, I was always probably had a more natural affinity for Beer Money as a team. Maybe it was the booze cruiser, as I’ve always been a sucker for novelty vehicles in wrestling. Truth be told though, there was very little in it and I genuinely believed them to be the two best tag teams in the world at that point and I would have told anyone who’d listen the same.

Looking back at their legacies in the promotion before their return, Sabin was an eight-time X-Division Champion, a former World Champion and a former Tag champion. For Shelley, he just had one run with both the X-Division and Tag Team titles. Despite the success he had, Sabin’s plethora of serious knee injuries and the promotion’s propensity for poor booking always made me think he should have had more. The same goes for the ludicrously talented Shelley, who tried to help the promotion before he left by recommending new talent and Dixie Carter blew his suggestions off like they were nothing. Personally, I think it’s a crying shame that neither of them ever headlined a PPV against AJ Styles. Imagine what they could have achieved with some time and a big spot…

Still, for all the what haves and might have beens, the online reaction the Guns got when they returned showed their influence on the industry and a sizeable group of fans.

Following their title win over The North last week, and because I continue to feel a profound disconnect with empty arena wrestling, I decided to dive into my Impact Plus subscription and watch back a lot of old Guns matches.

It was clear this week, with the promo that they aired and the announcement of a ‘sit-down’ interview with Sabin and Shelley next week, that Impact are clearly trying to establish what the team mean to this industry and the promotion’s canon to a newer audience who might not have been exposed to them. So, in light of that and because I felt the need to make notes while watching the old matches, here are five match recommendations for the boys from the Motor City.

Not that this is something I’ve got a particularly detailed listing of, but I think this might be my favourite four-minute match ever. At the time, Shelley and Sabin had only really just been introduced as a tag team – Sabin was still the X-Division Champ and this was only their second win on Impact TV – but all the energy and dynamism that made them such a hit a couple of years later was on full display. Although this is essentially a squash, just seeing a fired up crowd and some snappy action got me pumped.

I was torn between including this or the Full Metal Mayhem match these teams had but I just love this match. It might be a bit spotty for some but this is just 12 minutes of incredibly well-paced, high-flying action that made the absolute most of the stipulation. While TNA never got the Bucks right, they did give them the chance to have some very fun matches and this is one of their best from that time, a case of them starting their peak at the time the Guns were at their most slick.

What started as a mess, with the tag titles becoming vacant due to Scott Hall’s legal issues, ended in a triumph as The Guns secured their maiden, and what I thought would be only, run with the titles by defeating their best rivals, James Storm and Bobby Roode. From the outset it’s clear that this match was all business, with no Booze Cruiser in sight, and the chemistry between these four was incredible. It’s not quite perfect, as there’s a noticeably weird moment where Roode tags in, does nothing, and then tags out again, but it’s still pretty great.

The finish, with the ref bump, double pin and restart, was a little convoluted but it gripped me the first time I saw it as a 13-year-old and it gripped me again as a 23-year-old.

To this day, I believe this is the best match to have aired on Impact TV and one of the best matches the promotion has ever put together. I can be a sucker for tag team wrestling, even at its most formulaic, but this was pure wrestling magic involving four guys who knew each other well and worked together like a dream. Looking back, I’m still surprised that they were able to top all five big matches they’d had in the previous month dating back to Victory Road, but this had new wrinkles to it, callbacks and enough high spots to make me forget that I usually hate two-out-of-three falls matches.

The crowd reaction at the end of this is great, but not as great as the visual of Shelley screaming at Sabin to hit another Splashbreaker for fall number three.

The intrinsically lazy part of me thought of putting their second title over The North here, and the even more lazy part of me considering just listing out the best-of-five series with Beer Money, but in the end, I went for this.

Retirement angles in wrestling can be hit or miss but I remember being so invested with this one. I truly thought that Team 3D might win the titles and retire as champs. At the time it added that much extra tension and excitement to the match and it provided cracking entertainment. The finish, with Sabin becoming the first to kick out of the 3D was a lovely storyline segue for Bully Ray and Devon’s feud post-Turning Point, but it also proved that when moves are protected, angles involving them have gravitas. The Guns’ run with the belts was exceptional and this match is in the conversation as one of their best from that time.

Watching all of these matches back put a massive smile on my face and I’m genuinely so excited to have the Guns back in Impact. One of the promotion’s greatest teams who now have another chance to cement their legacy, have a few more classics with a new generation of teams and be an influential presence in the locker room to some of the promotion’s younger talents. 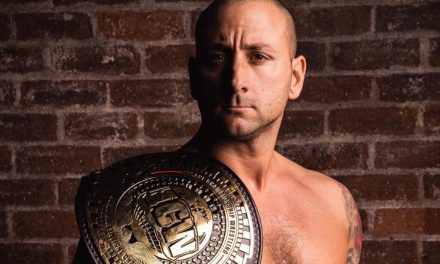