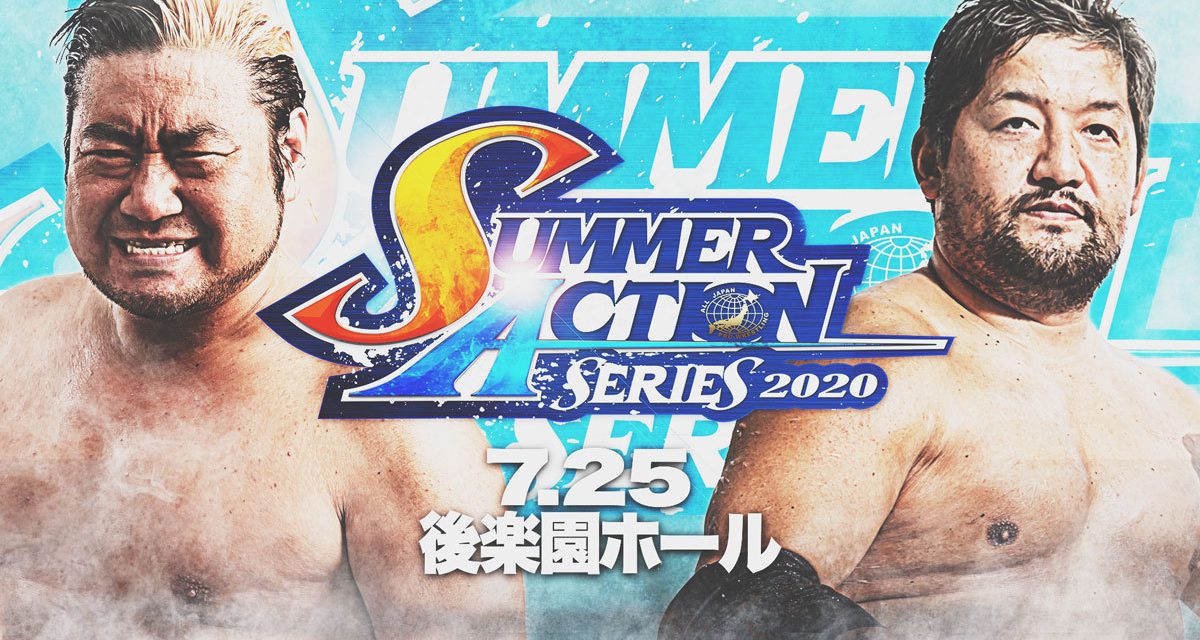 Good opening action. It did not overstay its welcome and everyone had their working boots on. Okada back in the yellow he wore at the start of his career. I was hoping that he would win the Gaora title but at least he got to take Tachibana’s hair. Hopefully, All Japan has something planned for him and he doesn’t just get lost in the shuffle. With the elevations for both Dan and Hokuto there is a risk of him getting overshadowed by the new generation. Which would be a shame since he is immensely talented. Dan is getting a push and came out to challenge for the junior title later in the show.

I’m happy as we get to hear Danger Zone a top 10 theme and song in general. This match is the return of the old men. Dastardly heel Fuchi still gets away with using closed fists you would think one of these refs would have learned after him doing this for 40 years now. We get a double dose of Danger Zone as Fuchi gets the pin on Aoyagi the younger. Time for Fuchi to get that big push upon his return. I’m not sure Jake tagged in and generally felt like a complete afterthough. I suppose his inevitable title challenge is still a while away.

This is the geeks and grime three-way, which makes sense since the All Asia tag belts are the geeks and grime titles. Purple Haze pouncing early like always. Tajiri and KAI turning into comedy heels whenever they team is odd but fun. This really only leaves Tachibana and Yoshitatsu as the only clear faces in the match. As such a lot of the match is everyone taking turns beating Tachibana down. Ultimately though Zeus destroys everyone and Izanagi wins it with his deadly roll up. Well it better pin the likes of Tachibana if it pinned Kento. With this win Purple Haze become the challengers for the All Asia tag titles against Yankee Two Kenju. That match actually has a ton of potential as Zeus and Izanagi have become a fun team

We don’t get the proper intro to Kento’s theme because I guess we need to make time for Ikemen’s over long nonsense. Boy did we get an extensive one from him this time around. His entrance took 4 minutes! He is quickly getting go away heat with me based on his entrance alone. He has done this for a while now but it rarely felt as self indulgent as it felt here. On top of that it feels like his association with Jiro is lessening Kentos star power.

On the other side Omori quickly becoming one of my favorites in the promotion. He has quickly turned into an amazing heel and has been a perfect addition to Enftants. He has become such a great shit stirrer. Based on his post match attack on Kento we will hopefully see these two face off more often going forward.

The match itself was super fun with everyone working hard. Especially the young guys Akira, Hayato and Omori all got time to shine. Kuma Arashi was just bullying Akira throughout the match and it was great. Enfants dominates but then loses the match, which is a pattern now. It’s clear that they while they see them as a strong act they don’t think it is an act that they feel should be protected strongly. Given how much of a focus he has been given since he joined it seems that Enfants now are mainly a vehicle to elevate Omori.

A good not great match. I love both men and had high expectations, maybe even too high expectations. This match didn’t live up to those but it was still pretty enjoyable. These two have good chemistry it was just missing that special something that elevates a match to another level. They had a much better match at the start of the year and Susumu had much better title defenses against Hikaru Sato and Akira Francesco.

Overall Susumu’s title reign was a rousing success and was a breath of fresh air. But it makes sense to put it back on Iwamoto now and have him work with the other young guys on the roster. Dan Tamura comes out and is the first challenger but I don’t expect him to win. Hokuto Omori is a likely challenger at some point down the line and given his performances recently has to be the favorite to take the belt.

This was a great match but it might not be for everyone. It had incredible physical intensity and a hot crowd that was eating it up but the pace of the match was fairly slow.

They started off with some mat work and some brawling around the ring but kept it inside the ropes from then on. Shuji got to take the middle of the match before we moved into the complete Suwama destruction section. The latter half of the match was Suwama just systematically destroying Ishikawa. He slapped one of the best looking headlocks on Shuji that looked like it could have legitimately choked Shuji out if Suwama wanted to. It was proper vicious stuff. Suwama continued to just dismantle his opponent afterward before finally putting him away. This was Suwama doing what he does best.

As is expected this match was two old men hitting each other very hard. It was highly entertaining and the best match on the show. Afterward, Kento and Jiro come out to challenge Violent Giants for their tag belts. However, the Giants added their own stipulation to the match. If they win the match then Kento and Jiro will have have to come out to the same theme and Kento will have to wear a jacket.

A solid show from top to bottom from All Japan. The highlights of the show were the Tripe Crown match and the Enfants eight Man tag but really everything on this show was at least enjoyable. Just put on the show and spend a nice two hours watching some wrestling. 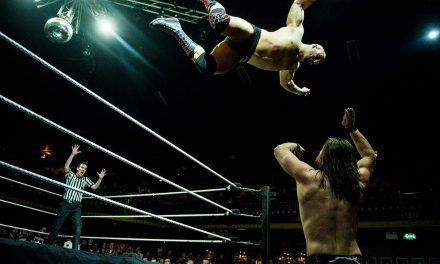