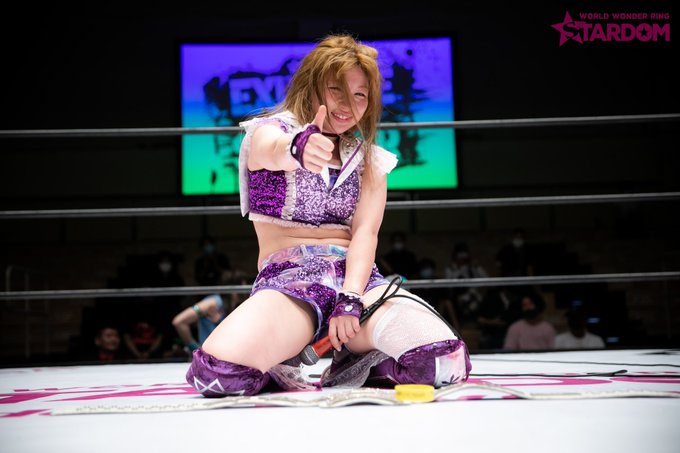 After a long break Stardom returns to Korakuen Hall in a very different state than we last saw it due to Arisa Hoshiki’s retirement and vacating of the Wonder Of Stardom Championship and of course the incredibly devastating passing of Hana Kimura. With foreign talents also not able to get into Japan Stardom is down a number of stars and is in something of a rebuilding mode as they look to push talents like Konami and Tam Nakano to the top of the card to fill the void. This show features the semi-finals of a tournament to crown a new Wonder Of Stardom Champion as Giulia, Konami, Nakano, and Natsuko Tora all vie for the championship. With all that said let’s get into the review of Stardom Explode In Summer!

The twin sisters meet again in singles action as both continue to expand on their repertoire’s and continue to improve in the ring.  Hina seems to be the stronger wrestler of the two at the moment but given their age, both have incredibly solid fundamentals.  Rina got the win with the hydrangea submission after a fine opener **1/2

Somehow this nine-minute match felt much longer.  Riho didn’t do well as the face in peril and the eventual hot tag to Utami didn’t ramp up the action as expected.  Hayashishita got the win by pinning Natsu so the odd pairing of Hayashishita and Riho got the win **

This match followed a very similar formula to the last one with Death being worked over to build to a hot tag.  This match was better in almost every way though as Himeka and Syuri did better than the Oedo Tao duo at keeping things interesting.  Kyona was fantastic coming in off the hot tag and her and Himeka clashing was a teaser of the kind of match these two horses could have some day.  Himeka and Syuri got the win and based on future lineups it appears they will be built up as challengers for the Goddesses Of Stardom titles so a good win here gives them early momentum.  As for the match, this wasn’t a classic but it was a fun tag team match ***1/4

The main objective of this one was to allow Kid and AZM to build to their High Speed Championship challenge at the next Korakuen Hall show.  As with any match featuring the two they were fantastic every time they were in the ring together and I’m very excited to see their match with Riho for the championship.  Mayu and Momo didn’t have to feature as much but they were good as always.  Starlight Kid actually pinned AZM to gain the momentum ahead of their title match.  A very enjoyable match that clocked in at around thirteen minutes making it well worth the watch ***1/2

The rules of this match were laid out at the start, this is a rotating singles match with a competitor needing two wins in a row to win the match as a whole. Joshi fans will recognize this stipulation from Catch The WAVE tournaments.

They just wnt off and threw forearms with all the fire and intensity I’ve come to love about these rookie matches.  Apart from Maika completely missing with her kicks in the middle this was another solid bit of wrestling.  Maika submits Kamitani who cleverly tapped out ASAP to preserve herself for later in the match

Maika was on top with her Judo throws until Iida surprised her with a roll-up.

These two were right back at it with the dropkicks and strikes with Iida wasting too much time taunting leading to Kamtani getting the roll-up.

A great portion between these two with Kamitani showing off more of her repertoire, Maika was better here than in their last part with no whiffed kicks and more judo throws which always sound like they hurt.  Maika wins with an STO variant, really good stuff between these two I wouldn’t mind seeing them fight for the title in a singles match down the line.

They changed it up with Maika aiming for submissions and Iida trying to use her power.  Maika locked in a rear-naked choke to submit Iida and win the match.  A worthy finishing stretch from both.

Maika continues the Donna Del Mondo 2020 dominance as she becomes a double champion and adds another accolade to DDM’s growing list.  The two Saya’s reminded us that they are indeed the future of Stardom here as they were both great throughout, Maika was a step behind both but that’s understandable as she has had less reps than the Saya’s given she is a JUST TAP OUT talent.  All three women came away looking good though as this match was pretty good, they changed the flow enough times that it was always interesting and didn’t try to rely on dropkicks and forearms for the entire duration, instead of showing off more of their growing movesets. ***1/2

A lot of this match was spent on the mat with Konami keeping control.  And while Konami is very adept at that style, Giulia is not.  Given the built-in story of this being Tokyo Cyber Squad vs Donna Del Mondo, I expected more vitriol but it never hit that level.  Giulia winning was the obvious choice going in as she has beef with both competitors in the other semi-final while Konami was just kind of airdropped into the tournament to fill the fourth slot.  An ok match but one that didn’t play to Giulia’s strengths.  The finish with Giulia needing to hit her finish twice was a highlight as it made it look like she had to go to extra lengths to put Konami away ***1/4

Tam Nakano is very easy to root for at the moment.  Her one desire is to win the white belt to fulfill the promise she made to her rival and tag partner Arisa Hoshiki, she even wore a Dream Shine (their team name) armband during the match and placed it on the belt post-match.  Putting her in there with the best pure heel in Stardom was a good booking move as Tora got to look every bit of the carefree monster she has portrayed herself to be, jumping Nakano before the bell with a chair and toying with her during the match.  Tora harkens back to the days of classic Joshi and wouldn’t look out of place in 1985 AJW beating up the Crush Gals and her heat segments are always interesting.  Nakano performed well fighting from underneath and got a flash pin to secure the win which keeps Tora strong and allows Nakano to advance.  Simple heel vs babyface story but it was done very well.  Nakano winning was the right choice, while Tora does need wins to establish her credibility her performances are getting her over regardless, Nakano and Giulia have also been building to their match on smaller shows and have established a deep hatred of one another very quickly to the point that Tam vs Giulia is maybe the best-built match in wrestling right now (the bikini shoot incident aside).  A worthy main event from these two and a good win for Nakano who is moving up to that No. 2 spot in STARS now that Kashima and Hoshiki aren’t there ***3/4

It would be silly to expect Stardom to produce at the levels they were pre-COVID, Arisa Hoshiki is a high loss to their match quality and Hana Kimura leaves a void that nobody else can fill.  Add to that the fact they cant bring in foreign talents to keep the undercards fresh and you can see why they can’t deliver shows like they were in January and February.  Despite that this was an entertaining show despite the top two matches underwhelming in some ways, the small crowd of  264 people were hot and reminded me of how much I had missed them during Stardom’s two empty arena shows.  The Future of Stardom title match over delivered on my expectations and the STARS vs QQ tag match was very fun.  The main event might not have met my high expectations but Tora and Nakano delivered a story-driven main event that just missed out on getting 4 stars and is worth anyone’s time.  Overall, a good showing from Stardom even if not at the same high levels they had been hitting. 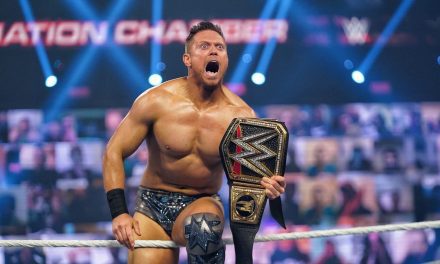 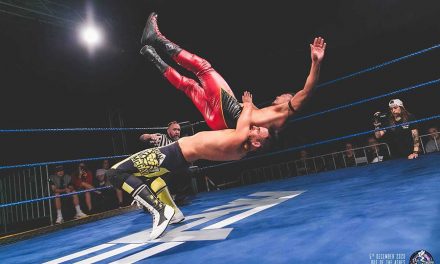