Posted by Voices of Wrestling Staff | Jul 15, 2020 | Hustlers and Heatseekers 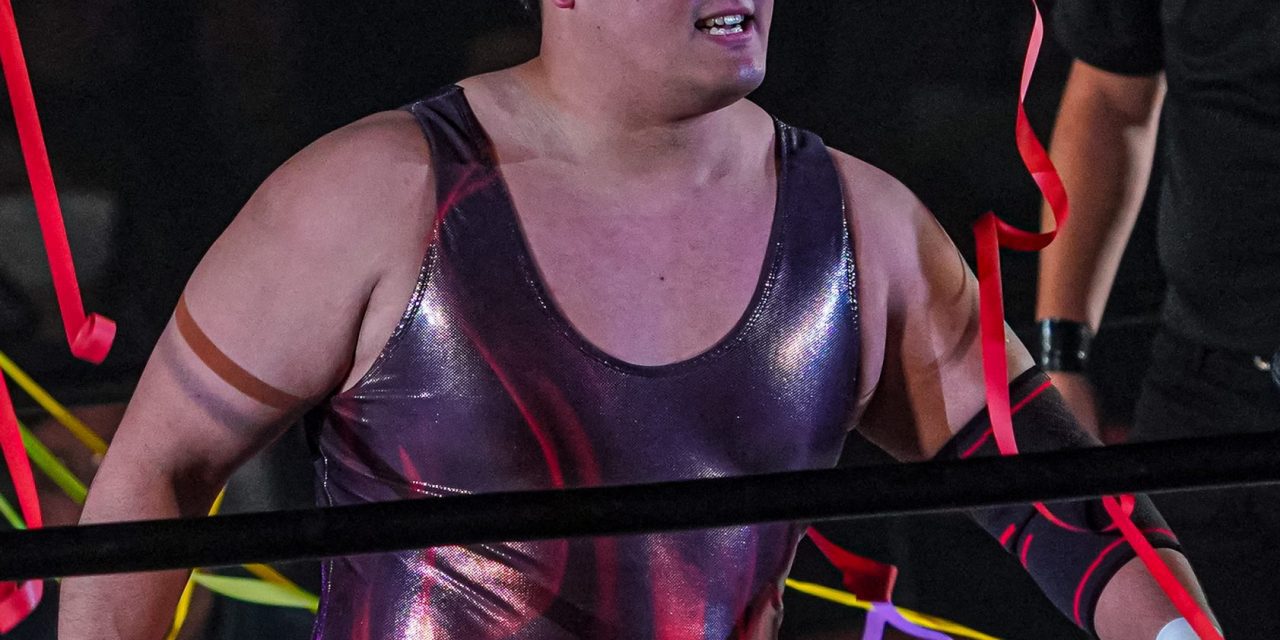 This week, Voices of Wrestling contributors Andy LaBarre, Gerard Di Trolio, Michael Spears and Taylor Maimbourg delve into the world of Japanese wrestling and shine a spotlight on some of Japan’s top prospects. 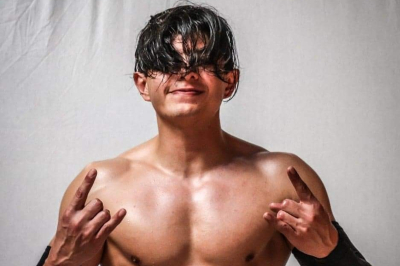 Dragongate has a history of taking westerners into their roster, and then in a few years (or sooner in Bandido’s case), having them leave Kobe as a global star. It’s a lineage beginning with Jack Evans and Matt Sydal and has continued through to Ricochet, Flamita, and PAC. It’s easy to believe that Jimmy (24 years old, 13 years pro) will be the next of this line, and someone the remainder of the wrestling world will know what DG fans know: Jimmy is a star.

There might be a bit of shock seeing that Jimmy started wrestling that young, but he was a product of Super Crazy’s side-promotion of giving school kids something to do. He parlayed that into a longer run in DTU, most famously as one of the Nerds. Through DTU’s pre-established relationship with Dragongate (the Millennials were based there during their excursions in 2012 and 2013), he came onto their radar and was brought over with Draztick Boy in June of 2019. Since then, he impressed enough to be offered a prolonged dojo stay for the rest of 2019 and returned this March, right before DG went behind closed doors.

As one would expect with someone of his experience level, Jimmy has an impressive command of lucha libre, and his style is complementary to Dragongate’s house style. Continuing the legacy of their dojo, Jimmy’s built on that and has improved greatly in his time in DG. During the COVID outbreak, he joined in with other roster members in improving their physique and Jimmy put on a solid amount of bulk. That has required some adjustment: when you need to have great body control and you know you can do something at 170 pounds, you have to adjust to doing these moves at 195 pounds. A moonsault might not go as far as you expect, and you might come down heavy. Jimmy hasn’t fully adjusted to that yet, and I believe that could be a hindrance to his development.

It’s going to be really interesting to see what the future lays out for Jimmy. He certainly has the look Dragongate likes, and could definitely be someone the company can rely upon in the future. With his size, that likely disqualifies him from the Brave Gate (>82 kg/181 lbs.), and the Dream Gate is an unlikely future, but you can definitely see Jimmy as someone that could become an upper main card mainstay. – Michael Spears 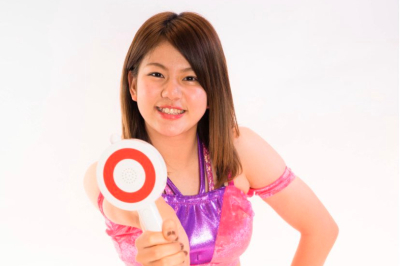 For years, Pro Wrestling DIANA had mythical status in the western fandom of joshi. A promotion that existed, but never made tape, it was talked about only through tweets, blog posts and show posters, but not through actual footage. Then, a few years back, their shows began to pop up on NicoPro, followed soon by a new YouTube channel for the promotion. A lot of the growth and demand for footage centered around Sareee, the company’s star who had begun to make a name for herself in outside promotions and drove people to search out her work in her home promotion.  Sadly, soon after, rumors began to circulate and it was announced that Sareee was on her way out of the company, heading to America and WWE.

It briefly appeared that DIANA, newly sought after, would return to the background of the joshi world without their biggest star to draw in fans. Although they don’t have an immediate replacement for the star power and in-ring skill that Sareee brought to the table, rookie Haruka Umesaki has shown that she is up to the task of providing a new spark to the company and bringing back the fans that may have tuned out when Sareee left.  And it isn’t just the fans that have taken notice of Umesaki, but other joshi promotions as well.  Even though she debuted just 16 months ago, Umesaki has already worked for 12 different promotions, including big joshi companies like Sendai Girls and Ice Ribbon. She has already shown that she is naturally skilled, and with each match, she continues to improve and grow into an even stronger pro wrestler. Hopefully her growth as a pro wrestler will coincide with the growth of DIANA into one of joshi’s top companies. – Taylor Maimbourg 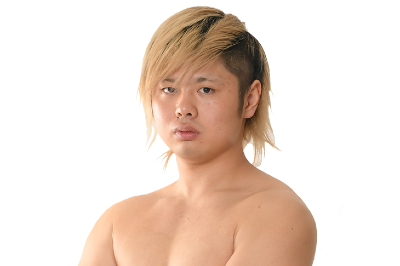 Despite having been around for almost 4 years, 20-year old Tetsuya Izuchi is someone that doesn’t seem to drum up much conversation. Working almost entirely in Pro Wrestling HEAT-UP has its ups and downs. On the upside, wrestlers like Izuchi are able to closely with Kazuhiro Tamura, one of the best purveyors of modern shoot-style-adjacent wrestling in the world. With TAMURA, young wrestlers can excel in limbwork, stiff kicks and short, hard-hitting matches, that don’t always work in other promotions. It also allows for a kid like Izuchi, who doesn’t have much of a look – to actually show off his skills. On the downside, it’s HEAT-UP, which means few people are watching, even less attending and it can be hard to get outside of that bubble.

Izuchi is what one would call “skinny-chubby” – a nothing body, with a semi-generic good-boy haircut. He puts his kickpads to use, really snapping off kicks and destroying his opponents back no matter who they are. He’s a joy to watch, never putting on match of the year caliber affairs, but always solid, fiery performances with other young performers. He’s also been able to mix it up with the best (and worst) of the Japanese underground with veterans like Masked Mystery, Hikaru Sato and Kenichiro Arai. The real limit to his story is the exposure Izuchi can get outside of HEAT-UP. He would be a formidable member of any junior roster in Japan, and he has worked a handful of shows for both AJPW and BJW. Let’s get him back there. If you like stiff kicks and arm-bars, this is a young wrestler you oughta check out. – Andy LaBarre 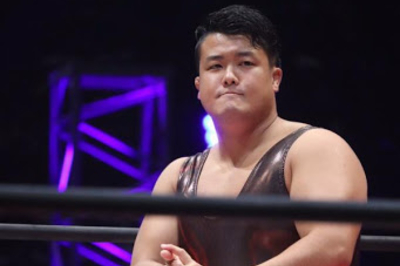 Hyodo is a short, beefy wrestler who debuted in April 2018. He was part of the Big Japan Dojo class that included Yuki Ishikawa and Takuho Kato. While Ishikawa has entered the Deathmatch division, Hyodo has been beginning to make a name for himself in the Strong division and competed for the first time in the Ikki Tousen Strong Climb Tournament this year where he got what was probably the biggest singles win of his career over the veteran Ryuichi Kawakami.

Hyodo moves really well for his size, has a sweet dropkick and a spear that looks like it crushes the internal organs of his opponent. He is also pretty damn good at selling and showing fire. Hyodo fits in well with what the Big Japan Strong division has pretty much always been: Beefy guys running around and hitting each other really hard. With Daisuke Sekimoto and Yuji Okabayashi getting up there in years and pushes for Kamitani & Kawakami being lackluster, expect to see Hyodo really break out sooner rather than later. With a dedicated fanbase, it is likely Big Japan can stay alive over the long term and weather 2020. Hyodo would be best served to stay in the Strong division and resist the urge to start smashing light tubes on people in the Death division. – Gerard Di Trolio 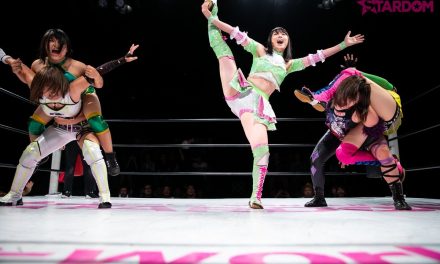