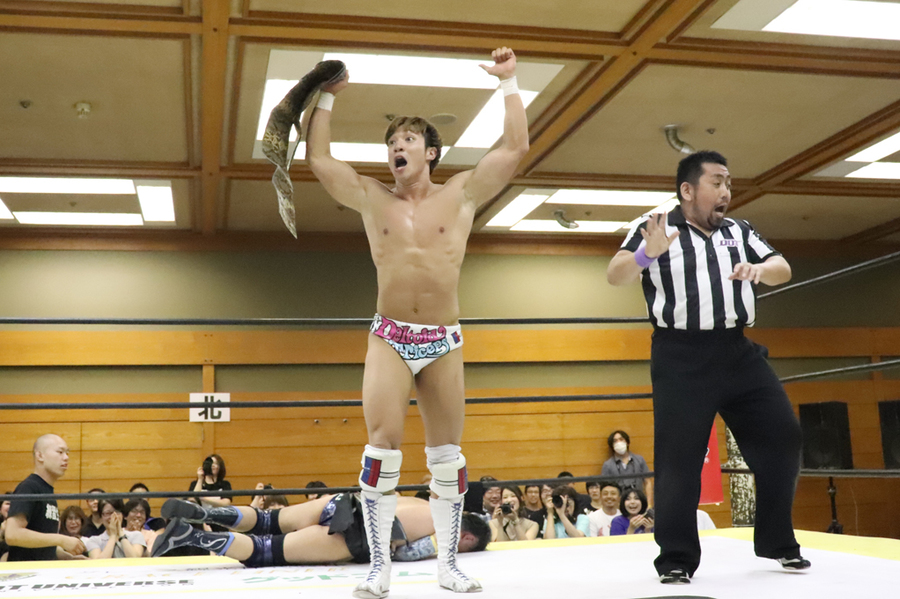 A lot has already been written about the “Empty Arena” era of wrestling. Due to the global COVID-19 pandemic that has ravaged our world, the “International” sharing of talent has ceased. One-off matches, feuds and storyline plans have had to shift to keep companies afloat. Promotions have closed around the world, while others have been able to adjust their programming and allowed for a renewed focus on some talented up-and-comers to claim a portion of the spotlight.

With overall less wrestling to consume since March, and with much of the once-employed world population still spending most of their days at home, many have been able to follow wrestling promotions they might not have typically given a second thought to and have been pleasantly surprised. Small promotions in Japan like 2AW, HEAT-UP, ChocoPro/Gatoh Move and ZERO1 amongst other heavy hitters have been able to carve a niche for westerners who crave wrestling and have delivered quality with these new eyes on their product.

This week, Voices of Wrestling contributors Andy LaBarre, Gerard Di Trolio, Michael Spears and Taylor Maimbourg are delving into the world of Japanese wrestling and shining a spotlight on some up-and-comers who vary from outstanding true rookies, to sure-fire future superstars to people who have reinvented themselves in recent times. Join them as they share wrestlers worth getting excited about. 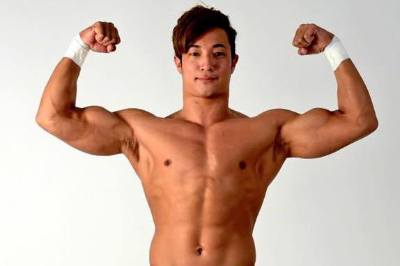 Yuki Ueno is going to be a star. He’s ALMOST there but that’s hard to say in a place like DDT, where even those at the very top of the card rarely have crossover appeal outside the promotion, but there is plenty about him and his consistent upward projection that just screams star. Ueno debuted about three and a half years ago in DDT’s now sadly defunct DNA promotion, and put in consistently quality showings but was overshadowed by people like Kazusada Higuchi, Kota Umeda and even little Guanchalo. He became a regular undercard DDT roster member in mid-2017, where he had impressive matches against virtually everyone on the roster, typically losing. His first taste at major title came at DDT Judgement 2018 (killer show), when he was part of the DNA graduate team that won the KO-D 6-Man Tag Team Titles from DDT veterans KUDO, Sakaguchi & Takanashi. Since then, it has been steady onwards, eventually linking up HARASHIMA & Co. in DISASTER BOX, and most importantly forming the “Tag Team of 2020” with Naomi Yoshimura as NAUTILUS. He’s cut like DDT-era Ibushi, can fly around the ring like current day Endo and can throw a suplex like Konosuke Takeshita. The guy is a star.

Ueno is the current KO-D Tag Team Champion, has a singles win over KO-D Openweight Champion Tetsuya Endo in last year’s D-Ou Grand Prix and has been in or around the main event in almost every single episode of the DDT TV Show during the Empty Arena Era. He was unsuccessful in a title challenge against Endo June 13th, but after scoring two pins over him in tag matches since, is currently set up as the next title challenger at DDT Summer Vacation on 7/23. Main eventing DDT’s first MAJOR show back with a crowd at Korakuen is no laughing matter, and while it is unlikely that Ueno will become champion, it will only be a couple of years at most before that belt is around his waist. -Andy LaBarre 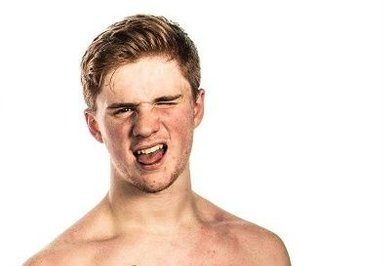 Akira is Italian and his middle name is actually Akira. His mom is a Japanophile and that influence has clearly rubbed off on her son. From very early on it was clear that Akira wanted to learn all he could by wrestling in Japan. When he first showed up in All Japan Pro Wrestling in February 2019, he was only 19 years old, though he had been wrestling since 2015. It was TAJIRI that discovered him while wrestling in Italy. When he showed up, he showed that he was still green and he had the physique of a toothpick. But after spending time in the All Japan Dojo, Akira started to put on muscle and add some solid fundamentals to what was originally just a moveset of high flying moves. Akira can now put together a great Jr. Heavyweight style match that tells a story while maintaining his preference for the flippy-do. His match against Susumu Yokosuka for the junior title this past February was a star-making performance. All Japan clearly sees something in him.

He’s also become their de facto ambassador to fans in Europe and North America, with the documentary film This is All Japan Dojo being based around his experiences in a day in the life in the dojo. He has also recently formed a new faction with Kento Miyahara and Jiro “Ikeman” Kuroshio, so he will probably be finding himself in a lot more matches near the top of the card. Regularly teaming with the company ace is yet another sign that All Japan has big plans for him. – Gerard Di Trolio 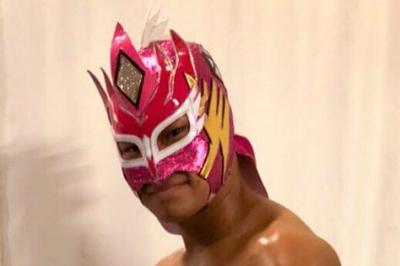 Carrying the mantle of being the next generation Dragon would be an effort for any wrestler. However for Dragon Dia (21 years old, 1 year pro), after some initial missteps, he’s had an exceptional back half of 2019 and superb 2020. From his debut teaming with his mentor Dragon Kid in November 2018, there were incredible expectations for Dia. It is ingrained in the culture of Dragongate to have a Dragon around; the promotion was based around Ultimo Dragon students and Dragon Kid has been a constant presence on the shows for the last 21 years. It’s a big deal for Dia to be chosen as a student to be the Dragon for the next generation.

There was a bumpy road to get Dragon Dia to the point of being DG’s top prospect. After an enthusiastic debut, he was out for the majority of 2019 due to first a bad case of influenza and then various injuries. When Dia returned, it took him a few months to regain his bearings, but since November 2019, he’s been on an outright tear which has resulted in him becoming one third of the reigning Open the Triangle Gate champions and a block finals appearance in King of Gate 2020.

A natural underdog due to his size, Dia shines when taking a beating, then breaks out some of the most mystifying offense possible. There’s a story where one of the DG veterans/office people was asking to see Hijo del Vikingo footage, and each time he saw a Vikingo high spot, he noted “Dia can do that, he can do that, but better, definitely can do that.” His ceiling as an in-ring worker seems to be only limited by the restraints of physics. At a very young age, he’s already someone that the company can rely upon with the oldest generation in their twilight years. The only hurtle for Dragon Dia is his size; He’s listed as 168 cm/5’6” and probably is a few inches shorter than that. Dragon Dia’s proven doubters wrong before, so prepare for him to do that again and be one of the standard bearers of Dragongate’s future. -Michael Spears 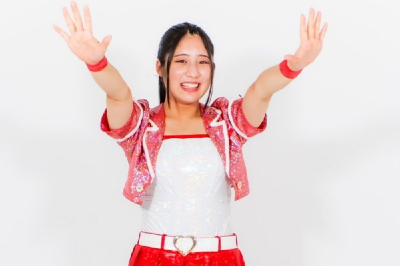 The empty arena era of wrestling has been tough for almost every promotion on Earth, as they struggle trying to put together compelling shows missing one of the key ingredients that makes wrestling so great: the crowds. While we have seen mixed results, one promotion that has undoubtedly succeeded is Gatoh Move and their sub-brand ChocoPro.  Live streaming all their shows for free on YouTube from Ichigaya Chocolate Square, a converted pharmacy in Tokyo, the promotion has put on compelling shows that mix lighthearted fun with compelling storylines and excellent matches.  While the star and focus of ChocoPro has been Yuna Mizumori, equally impressive has been Mei Suruga, a future star and soon-to-be ace of the promotion.

For many years, Gatoh Move had been built around crowd favorite Riho, and when it was announced that she was leaving the promotion, there was some trepidation how the promotion would replace her star power. At the time, Mei Suruga was just over a year into her pro wrestling career, but regardless, she managed to have one of the best matches in the promotion’s history with Riho right before her departure.  Since Riho left, she’s only gotten stronger, not only putting on a number of excellent matches with a variety of opponents, but also showing a personality that has won over the fans and gained many supporters. With ChocoPro’s innovative approach to the empty arena era gaining the promotion many new fans, it is only a matter of time before Mei Suruga’s unique combination of skill and personality put her in the conversation for Gatoh Move’s next generational star. – Taylor Maimbourg 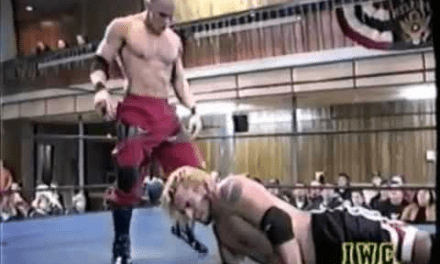 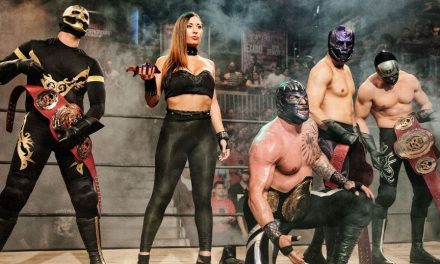 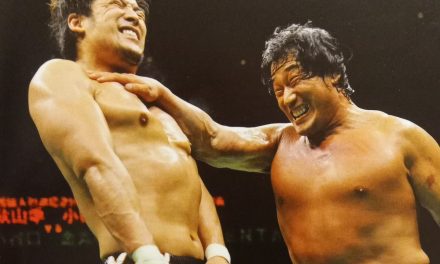