This week on Wrestling Omakase we present our mid-year awards for 2020, doing what we can to highlight the best (and drag the worst) of this very strange and terrible half-year!

We’re returning to mostly covering current wrestling here on the free feed, but if you miss our 5 Matches format featuring discussion of older matches you can still catch brand new episodes at our Patreon! Head to http://patreon.com/wrestlingomakase where you can listen now to a brand new exclusive 5 Matches episode with Nate from VOW network podcast Everything Elite, as John gives their controversial (?) thoughts on the Kenny/Page-Young Bucks match from Revolution earlier this year. Plus we cover Naito-Tanaka from 2013, Tanahashi-Nakamura from 2015 (the G1 final), the WCW HARDCORE JUNKYARD INVITATIONAL from 1999 and a whole lot more! In addition at the Patreon right now you can find two more exclusive 5 Matches episodes from last month with Alan4L & Rich Kraetsch, 11 episodes in our ongoing series covering every Okada-Tanahashi match in order, 2 episodes of Anime Omakase, and our New Japan Cup pick ’em. You can get access to all of this bonus audio plus more to come throughout the month for just $5!

Here in the strange and cursed year of 2020 John brings on an esteemed panel of VOW contributors to help them break it all down. The guests are: Andy (@trillyrobinson), Paul (@Darth_Dragon), Ricardo (@wallyrgr), Taylor (@tamaimbo), Thomas (@rasslinratings) and Tyler (@TheRealForno). Below you can find all the awards we covered in their order of appearance on the podcast (everything up to Best Weekly TV Show was 1 pick per person and every award after that was 3 picks per person):

Hear all of our picks for the best and worst of a very shitty year, this week! 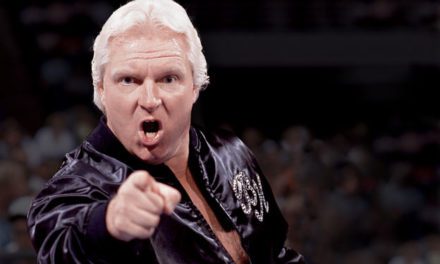